What was Ric Flair’s best year ever? That this is even a debatable question is a testament to Flair’s brilliance as a performer. While he competed for an incredible two more decades, Flair’s best year in wrestling was undoubtedly 1989.

Had Flair called it a career in 1989 that would have been enough to cement his legacy. There’s not another wrestler who can boast the quality of matches of Flair’s 1989. The only wrestler that comes close is Stone Cold in 1998 and even then Austin didn’t have matches still considered the gold standard of wrestling. 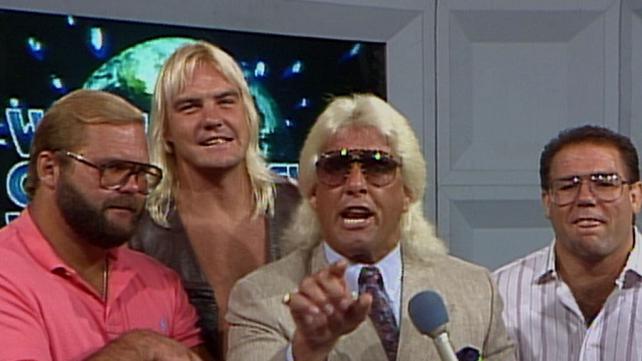 At the start of the year, the last embers of the Four Horsemen were flickering out. His longstanding enforcers, Arn Anderson and Tully Blanchard, jumped to the WWF leaving Flair and Barry Windham to continue as Four Horsemen in name only.

This hadn’t rattled the champ though as he’d survived through all of 1988 with his NWA World Championship intact. Despite meeting the challenges of Sting, Lex Luger, Nikita Koloff, Dr. Death Steve Williams and others, The Nature Boy was still The Man.

Horsemen 101 requires constant bullying of outmatched and outnumbered opponents. In Hot Stuff Eddie Gilbert, Flair and Windham found a perfect rival to intimidate and beat down in 2 on 1 situations. But with one phone call, Gilbert would ignite the flame that would burn the Horsemen. Gilbert brought in a mystery partner to challenge Flair and Windham and to the shock of everyone, Flair’s longtime rival, Ricky ‘The Dragon’ Steamboat was back and pinned Flair for the first time in over a year. 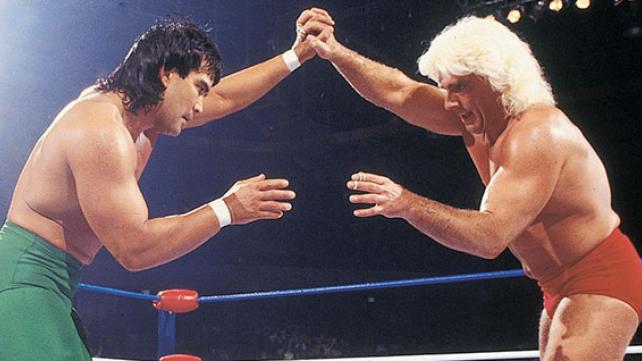 This set the stage for the most legendary wrestling trilogy of all time. Flair and Steamboat were in their primes and they proceeded to have what’s considered the measuring stick of classic wrestling feuds. This was the two best wrestlers in the world operating at their peak.

Flair would lose the title in his first title match against Steamboat, lose a classic 2 out of 3 falls match before regaining the title in another classic encounter. Some might have been more violent and crazier, but none can touch Flair/Steamboat (with apologies to Malenko/Guerrero).

Of all the subsequent feuds over the years, only Bret Hart vs. Shawn Michaels could have equaled or surpassed that series when both were in their prime in 1997. Unlike Steamboat and Flair, by that point Hart and Michaels hated each other.

Immediately after regaining the NWA title from Steamboat, Flair was challenged by Terry Funk. The former champion felt slighted by Flair and savagely attacked the new champ. This put Flair on the shelf for several months while Funk went on a rampage terrorizing the NWA. 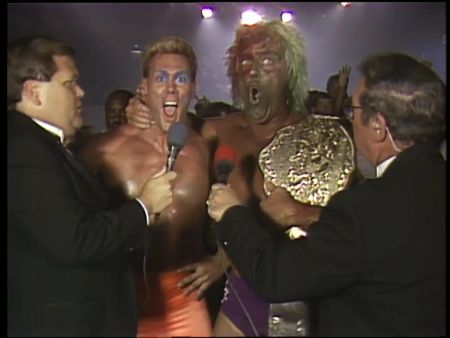 Flair returned in an unfamiliar role as a top babyface battling the hated Funk. In a wild post-match brawl that also involved The Great Muta, Flair aligned with his longtime foe Sting in a memorable moment.

While the Steamboat series was a technical masterpiece, the Flair/Funk feud was a war with Flair showing incredible versatility. Not just in the role of a face, but for so dramatically shifting the intensity of the feud.

Closing out the year

After ending his feud with Funk, Flair continued to battle The Great Muta and his new J-Tex associates — Buzz Sawyer and The Dragonmaster. To help fend them off, Flair called up some old pals as Arn and Ole Anderson shockingly returned. But the biggest shocker of all was when the group invited Flair’s new BFF, Sting, to join the group.

To wrap 1989, Flair competed in the Future Shock Iron Man tournament. There, he battled Lex Luger, Muta and Sting, with the latter pinning him to establish Sting as the new #1 contender. And that definitely didn’t end well for either man.

That’s the overview. Now it’s time to check out the essential matches you’ll want to check out:

You won’t go wrong with a Flair 1989 match. The face turn re-energized him and he just delivered in every match. This was a year where Flair vs. Great Muta doesn’t crack the Top 5 best Flair matches.