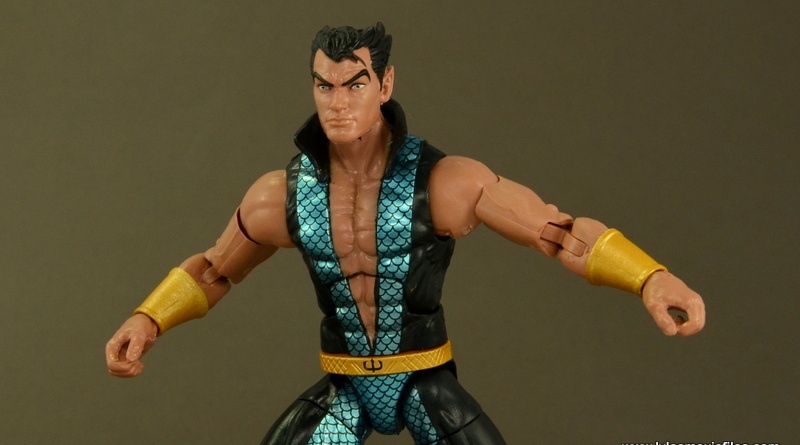 While first and foremost I’m an Aquaman guy, I’ve come to appreciate Namor. It helps that he’s such a versatile character. Sometimes he’s a hero, other times he’s menacing the Avengers and Fantastic 4. Then he’ll show up later as a charter member of The Defenders and the Utopia X-Men before destroying Wakanda. Namor is a complex guy and I like a character that can work in pretty much any setting or display.

As it continues to emerge as a player and destination spot for figures, Walgreens was able to snag a much needed Namor update as an exclusive. I’m super late with this review, but I’m at the home stretch of my backlogged Marvel Legends reviews.

Packaging:  Namor gets the usual Marvel Legends packaging. While I find the setup a bit understated, I do really like the changing colors for the various lines. Namor fittingly gets an aquatic blue. Despite the exclusive release, he doesn’t get a more detailed bio than the regular figures. That seemed like a missed opportunity. I did like the extra measure of including the outfit scales in the inner package lining. 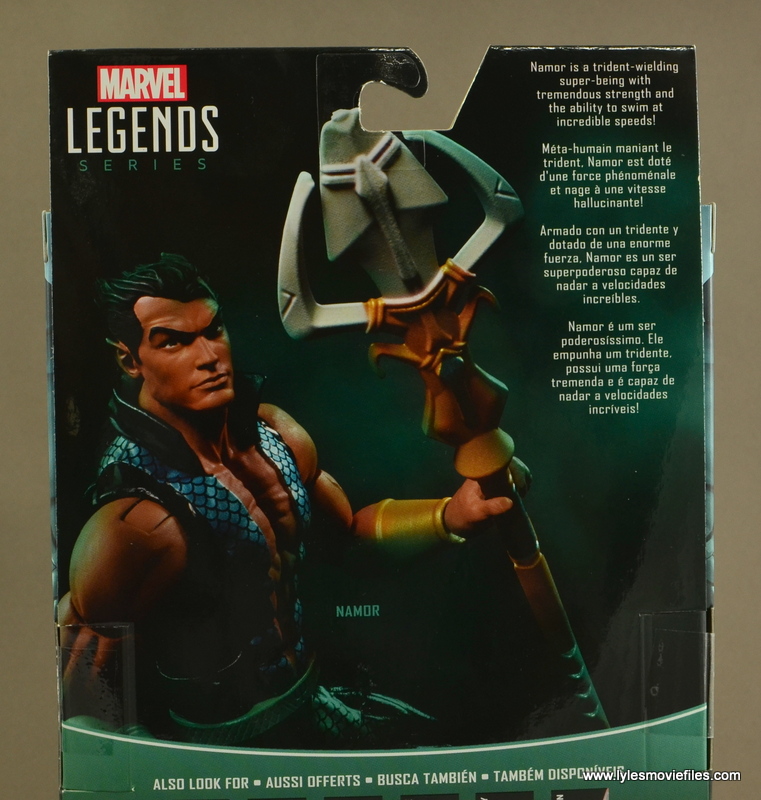 Likeness:  This is Namor’s modern outfit, which is a minor update from the old 70s costume. The big question for most collectors is if it’s worth the upgrade over the Toy Biz version. As far as head sculpt goes, the TB version remains the champ, but I like this one as well. 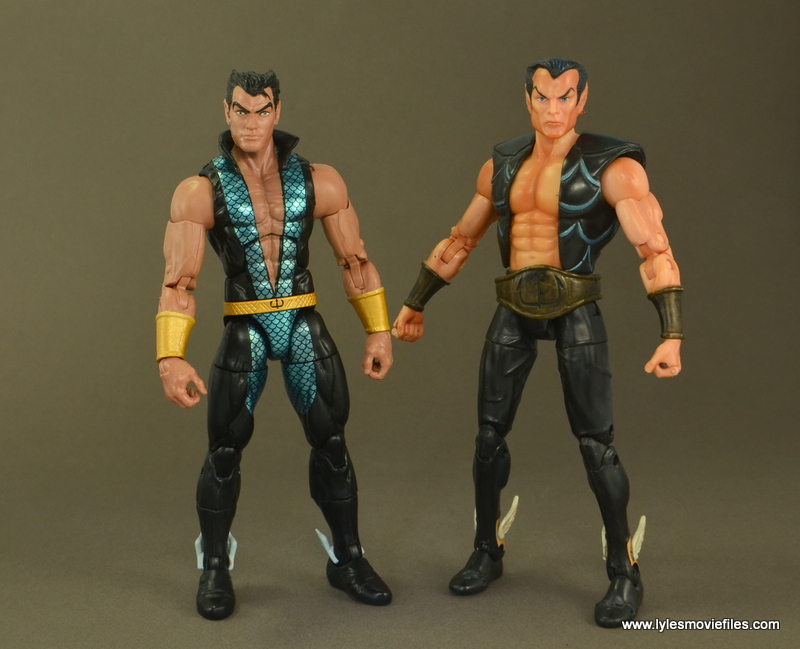 The vest outfit is still not the old school trunks version, but it looks solid right down to the wing tip ankles. 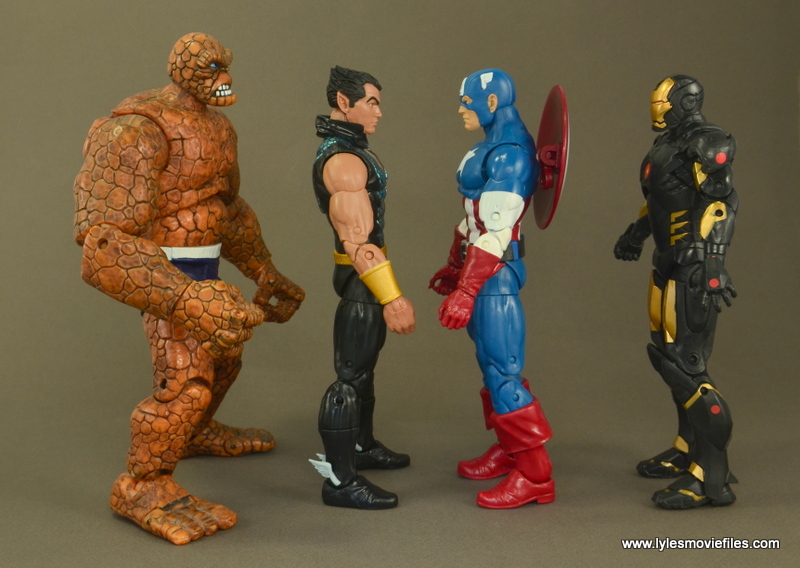 Scale:  Namor has always been portrayed as a regular guy — not too big or too small. He gets the Grim Reaper base. That works well for him since he’s a powerhouse that’s not super massive to overcompensate for his strength.

Paint: I was able to spot a nearly new case of Namors and got my pick of the case. If you have nitpicky eyes, most had problems typically with the scale pattern. For me, my focus was the eyes.

Namor has these blue-grey eyes, which were somewhat problematic in terms of finding a figure whose eyes lined up properly.

My figure did have some of the same scale paint issues at random points throughout the figure. Fortunately they weren’t too bad. There’s nothing worse than picking out a figure with a perfect head sculpt only to find everything else is sloppy.

Articulation: The Grim Reaper base is solid with tighter joints than say the Bucky mold. That just means you’ll have to be a bit deliberate when posing Namor. The shoulders proved the stiffest — partly due to some stuck paint in the socket, but otherwise he’s got the same smooth articulation you expect from this line. 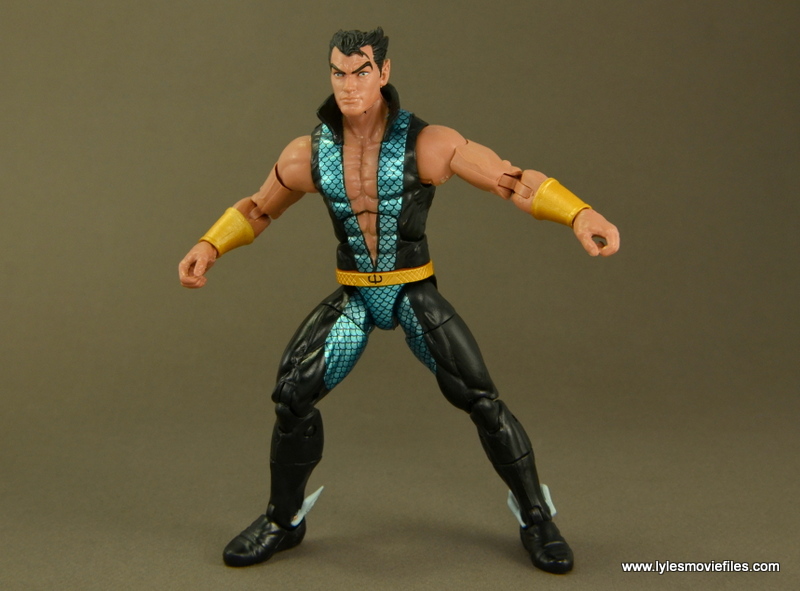 Accessories:  Namor doesn’t have a ton of viable options so he gets a trident. That’s not as synonymous with him as it is Aquaman, but it’s one you’d expect with Namor all the same. It’s the staff that previously came with the BAF Odin. If you’ve got some spare Aquaman tridents, they’re a better fit.

But Hasbro recognized that wouldn’t cut it on the accessory front and also gave him a pair of alternate hands. These are flat palms, which are perfect for swimming poses. Hasbro has been great about including useful, character-specific bonuses and this was about as essential an alternate pair of hands as you could get. 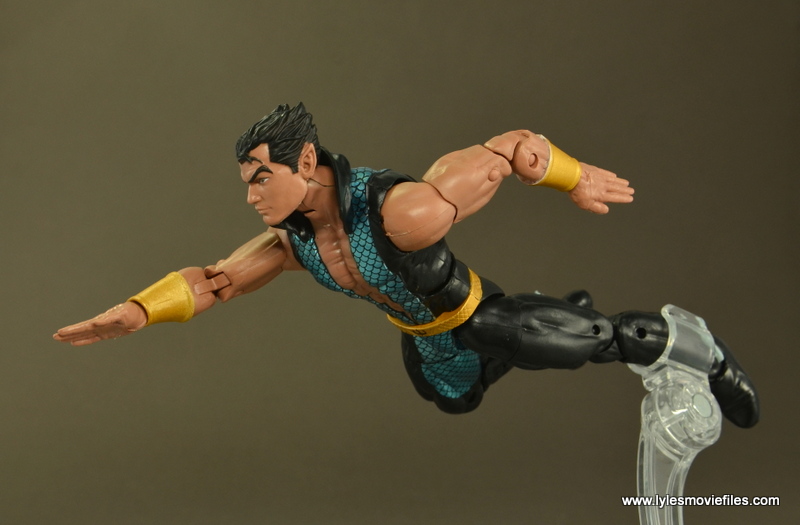 Worth It?  Originally, Namor was the standard Marvel Legends price of $20. Now, you can find him for $15. Without a Build-A-Figure piece, that’s a fairer price. 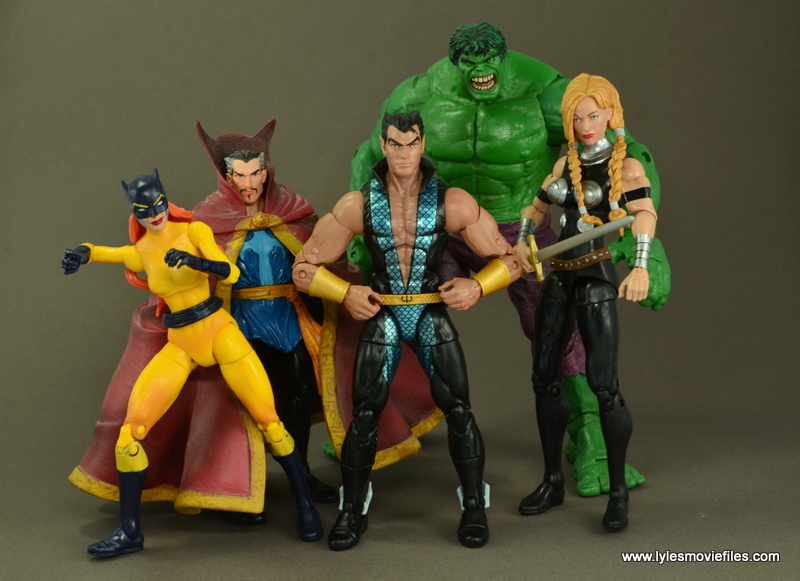 You won’t do a lot better if you’re in the market for a modern Namor than this figure. A better trident and sharper paint apps are the only complaints here. 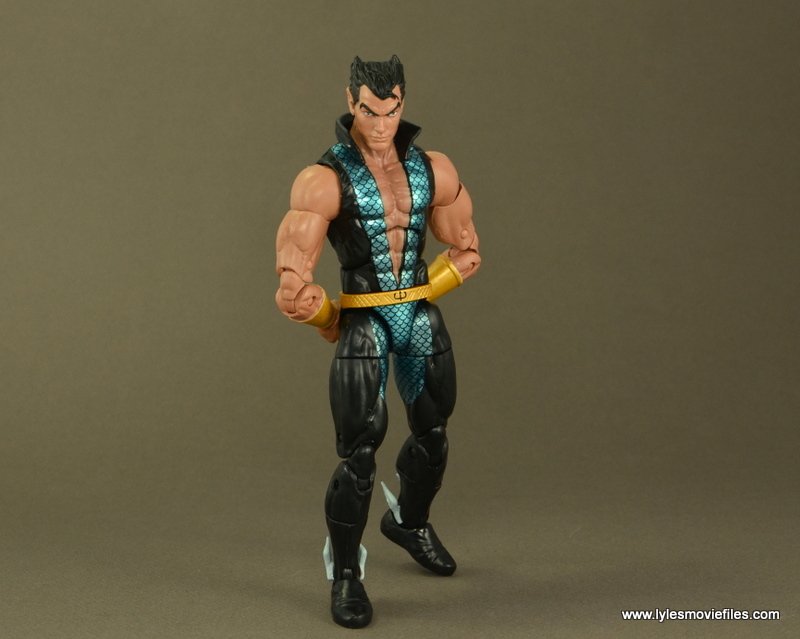 Where to get it?  While this is a Walgreens exclusive, you can find him pretty easily online. Amazon has him in stock as well.