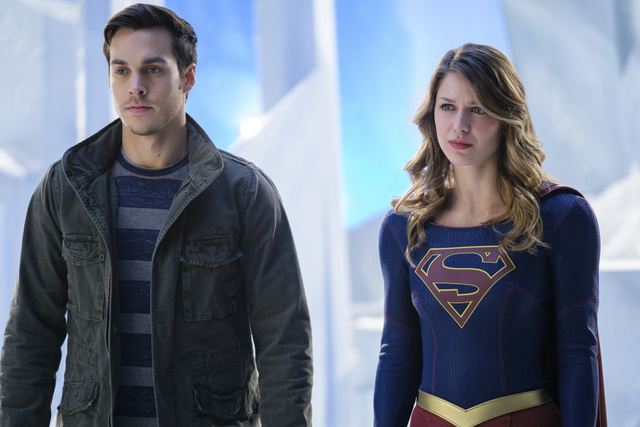 Distant Sun was all about Supergirl’s numerous dysfunctional relationships. And only one character felt motivated enough to fix their bad romance.

This sounds odd but Supergirl’s first season is starting to look a lot better. At least the romance was neatly confined to Supergirl and James’ will they/won’t they? dynamic. Now seemingly every scene and subplot is focusing on a relationship. Besides the obligatory feminist rallying speech every episode, Season 1 weirdly felt a lot less like a chick show.

After spoiling the end of Romeo and Juliet for poor Mon-El, Supergirl battles a teen with a Spirit Halloween mask. Oh, that actually was supposed to be an alien. Turns out Kara has a bounty on her. Mon-El continues his annoying habit of being the only character using his brain and figures his folks set up the bounty. With Supergirl out of the way, he’d happily return home. Maybe?

But first, Supergirl has to fight another would-be Boba Fett. This one has nifty mind-controlling powers. Naturally, Guardian can’t help so it’s up to Winn and his magic stapler to save Supergirl and Mon-El. Poor James. Outside of the Batman voice, he’s about as intimidating as this guy…

Rhea is tired of all this foolishness and whips out a pair of Kryptonite sais to take down Supergirl. Mon-El finally decides to go to save her life. But Rhea and Lar-Gand decide to catch a couple of movies, have a romantic dinner and watch a few sunsets before leaving Earth. It was almost like Rhea was begging Team Supergirl to make the rescue.

Thanks to Winn tapping into his Felicity-like ability to whip up anything as needed (what did the DEO do pre-Winn again?), J’onn teleports onto the ship. And Winn– not Guardian — saves Mon-El while working in a cute Star Wars reference.

Lar-Gand clearly is ready to leave Earth and agrees to let Mon-El go with his new family. I still think the writers badly handled the Mon-El and parents’ reunion. He wasn’t torn at all about leaving his parents to stay with Kara. Honestly, it would have been so much interesting if Rhea killed Mon-El instead of Lar-Gand. But it’s hard not to admire a character capable of quitting their relationship.

Alex and Maggie’s subplot reached infuriating this week. I hate relationship happy Alex as she continually acts like a moron. Kara breaks up with Mon-El every week over a minor lie, but Maggie changes her life story and Alex shrugs it off. This week, Maggie lied about her ex saying horrible things to her, but selectively omitting the part where she cheated. I don’t care if Alex is gay, but Maggie is a terrible girlfriend and has a backpack full of red flags. Alex, you can do better. 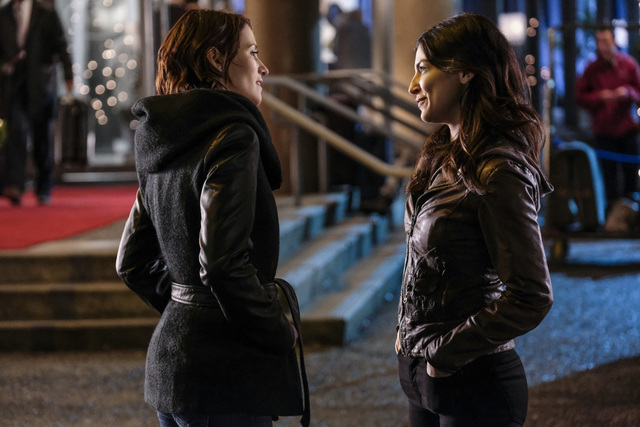 Besides the always welcome cameo by Lynda Carter it seemed like an odd time for the president to pop back up. I wasn’t a huge fan of Team Supergirl violating the very reasonable order not to screw with the Daxamites. Is Mon-El really worth starting a galactic war over? And in case anyone forgot, the president is an alien.

Distant Sun continued Supergirl’s disturbing trend of irrelevance. The Mon-El family drama never had enough time for Lar-Gand’s death to mean anything and Team Supergirl blew off the threat of a war just to save him. Hopefully in this home stretch there’s a larger purpose besides Rhea invading Earth.