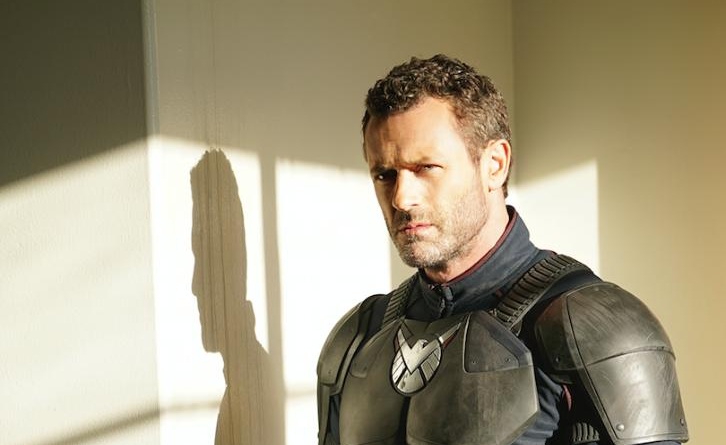 Agents of SHIELD is reaching untouchable status right now. No Regrets was a beautifully done, tragic superhero story with a glimmer of hope that the tide is turning.

Since the start of the Agents of Hydra arc, AOS has looked and played out more like a movie than a TV show. The directing, the script, acting and special effects are all operating on a higher level than normal.

Secrets are starting to be revealed now. First Simmons finally clued Mace and Ward in on their interaction in the real world. Simmons struggled to maintain her apprehension of Ward, which is understandable since this is the Grant Ward she originally believed in. There was some solid foreshadowing with Simmons saying she didn’t know Mace nearly well enough. More importantly, we learned Madame Hydra/Aida’s hold on Fitz. All along her plan has been to remove one regret from the various agents.

For Mace, it was that he was a legit Inhuman and real heroic leader of SHIELD. May saved the girl that ultimately sparked the Inhuman manhunt and Mack had his daughter. But for Fitz, his only regret was the lack of relationship with his father. In the Framework, Aida’s provided that with Alistair Fitz (David O’Hara, The Departed) being a stern, but supportive father. It was Alistair who’s influence killed off all the goodness in Fitz. He doesn’t lack emotion and sympathy, but the combination of Madame Hydra and Alistair constantly fending it off have left Fitz cold.

Daisy/Skye’s interrogation scene was solid except the forced ‘Nevertheless, she persisted’ line. Being topical is one thing, but that was a clumsy attempt to reinforce the anti-current occupant of the White House stance. Madame Hydra’s offer to bring Lincoln into the Framework was a nice touch.

Radcliffe continues to be one of the more complex characters in the series. He could so easily be written off as a villain, mad scientist unable to control his creation, etc., but the writers have kept him from becoming a one-note character. Daisy wasn’t feeling much sympathy until he started explaining how one moment or one sentence could forever change someone’s life. And yeah, he actually does have a backdoor to escape the Framework that Aida hasn’t discovered.

It was great seeing the Hydra doc from Season 2’s A Hen in the Wolfhouse back as the genius Hydra inventor who whipped up an anti-Patriot serum. Those are some really insignificant Easter Eggs, but shows a tremendous attention to detail and fan service. 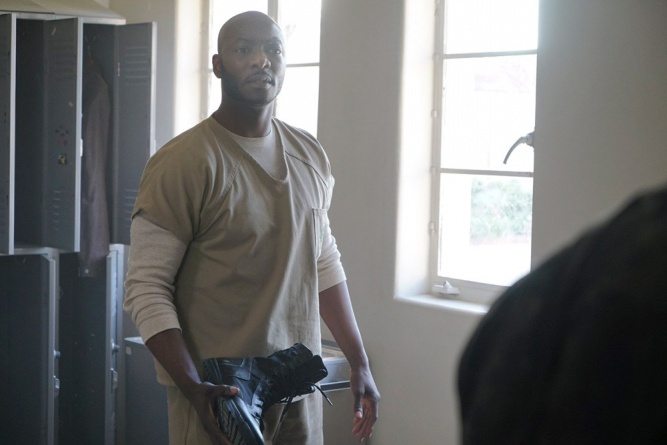 Clearly the biggest was the return of one of my favorite characters in the series. I get on the CW shows for this, but man I wish I hadn’t looked at the credits. Geeking out over seeing BJ Britt’s name wasn’t quite as much fun as seeing Trip appear onscreen. So Clark Gregg was telling the truth way back when with the #TripLives message.

Trip was the captive SHIELD agent with valuable intel on Hydra’s plans. Mace and Coulson went on a rescue mission that quickly turned sour when a souped-up May arrived. Just like every action scene on AOS, this was an intense battle, and I liked that the naturally powered Mace beat the juiced-up May.

Madame Hydra was starting to get a little too confident of her control of the situation ordering May’s quinjet to blow up the rehabilitation center. Of all the things she could have done, putting May in a position to see children potentially getting killed was a drastic misstep. Failing to save that girl sent her spiraling down the cavalry path in the first place.

This also gave Mace the heroic moment that jump-started his SHIELD figurehead career. But this time, it proved fatal. Jason O’Mara was a real credit to this season and I’m really going to miss him. And of all the candidates to reinforce the dangers of the Framework, he was the best choice. At least he went out on a heroic note.

That one-two punch proved enough to wake May up. Not just into questioning her superiors, but also to give Daisy/Skye a Terrigan crystal.

No Regrets was another amazing episode. This season is winding down, but it’s been such a great ride I’m not ready for the season finale yet.