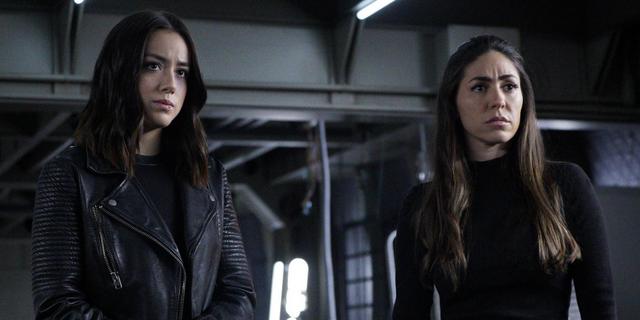 It says a lot about the quality of this season that its penultimate episode, The Return, was both highly enjoyable, but a little disappointing.

Coulson caught May up to speed on everything she’s missed, which was a ton. She’d been on ice since the team fought Robbie Reyes’ uncle and missed the whole LMD arc. Fortunately Anton’s robotic army arrived to give her a taste of what’s gone down in her absence. Coulson slicing Anton Mark 1 with his shield was awesome, but it was odd he didn’t do that with the others.

May didn’t need any tricks as she just beat Anton II down before breaking him. I loved their banter during this sequence and the playful way Coulson avoided mentioning he and LMD May took their friendship to the next level. 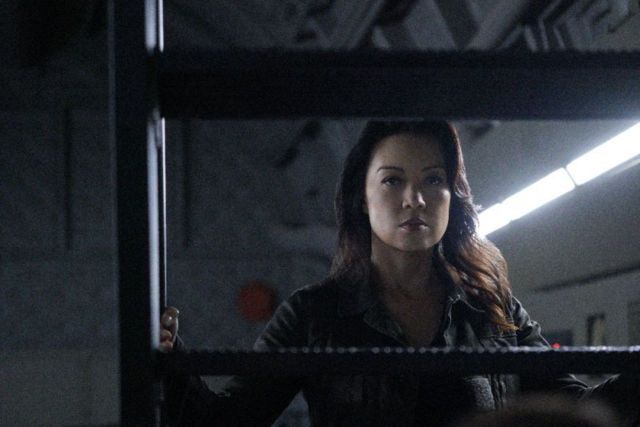 I appreciated Yo-Yo calling out Daisy for not bringing Mac back. Daisy’s argument that Mac didn’t want to leave Hope was real weak. I was glad Yo-Yo stayed focused on retrieving Mac while everyone else was preoccupied with Fitz, Aida and the destroyed SHIELD HQ. Maybe plugging into the Framework was a tad impulsive, but perfectly in line for a speedster character.

Now for the part that didn’t fully work for me. Aida has been such a great character all season. Mallory Jansen has been one of the season’s MVPs for her ability to make these varying shades of one person feel so different. I dug the uncertainty if she was working Fitz with a revised spin on what happened in The Framework. Was she lying or did she actually believe what she told him?

Fitz’s confusion was also perfect. Typically love triangles are handled so silly that they feel forced. With Fitz feeling like his Framework experience was another fully-lived life there was a real opportunity to make this a rare love triangle that worked. And Simmons had hard feelings she needed to sort through anyway over seeing Framework Fitz. That was why her knocking out Fitz and Aida was so powerful. Instead, the writers immediately scrubbed any sense of drama and reinforced Fitz’s commitment to Simmons.

This prompted Aida’s jealous freak out rage, which in one moment took the season’s best new character and reduced her to a jealous teenager. To be fair, Aida’s maturity level is low, but this rage over Fitz’s choosing Simmons felt like a stretch. Maybe if there was more foreshadowing of Aida gradually crushing on Fitz throughout the season this wouldn’t have felt so abrupt. Hell hath no fury like a (Inhuman) woman scorned. 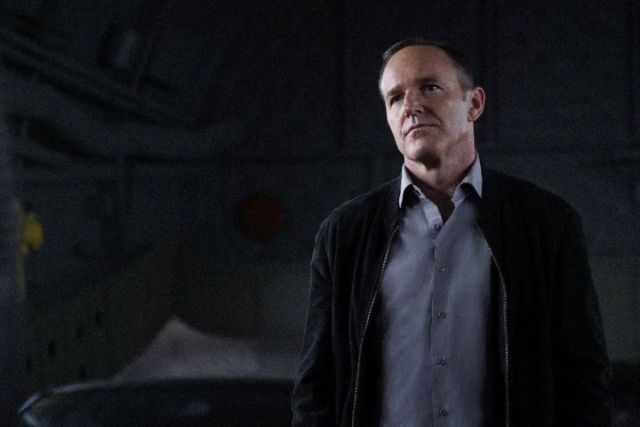 But like a good end boss, Aida didn’t just limit herself to one power. She borrowed a grab bag of Inhuman powers including electricity, rapid healing and accelerated speed. And she used all of them to take out the SHIELD B-team minus Piper. It was great seeing General Talbot return, but he didn’t play a huge role here largely just re-establishing his SHIELD is evil shtick.

With SHIELD momentarily away, Aida was in a drunk rage. She seduced then killed an Anton android in a kinda hokey scene. But Anton IV (?) said they can make the Framework a reality in this world now. They’d better hurry as the portal surged open and Ghost Rider made his return.

The Return had some great moments, particularly any scene with Fitz and Simmons, but the abrupt nature of Aida’s heel turn undercut well established drama.