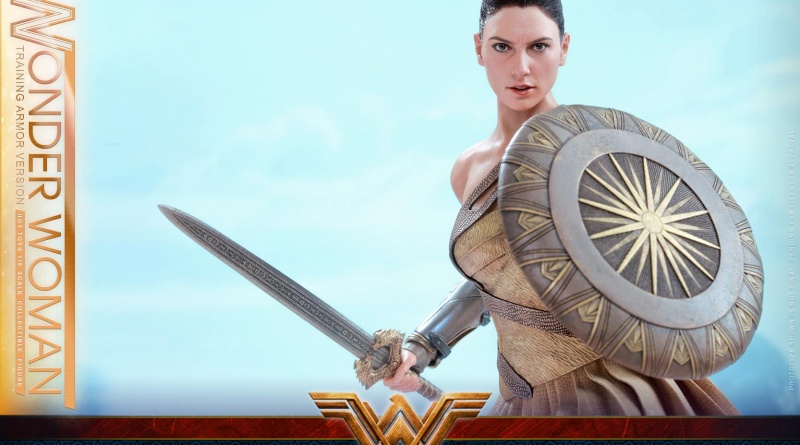 Wonder Woman seems locked to be one of the summer — and 2017’s — bigger hits. So it definitely wasn’t a shock that Hot Toys wanted in on the action. With the main look already coming with the Batman v Superman: Dawn of Justice version, Hot Toys came up with a pretty cool alternate. The Training Armor shown in the film’s first act.

Save her London attire or the main outfit with a cloak this was definitely the best option and Hot Toys did a great job with it. I’m curious how deep Hot Toys will go with the license. Doctor Poison would be fun and of course a Steve Trevor figure, but now I kinda want an Antiope and Hippolyta. Training Armor Diana doesn’t make a lot of sense with about someone to spar against, right? 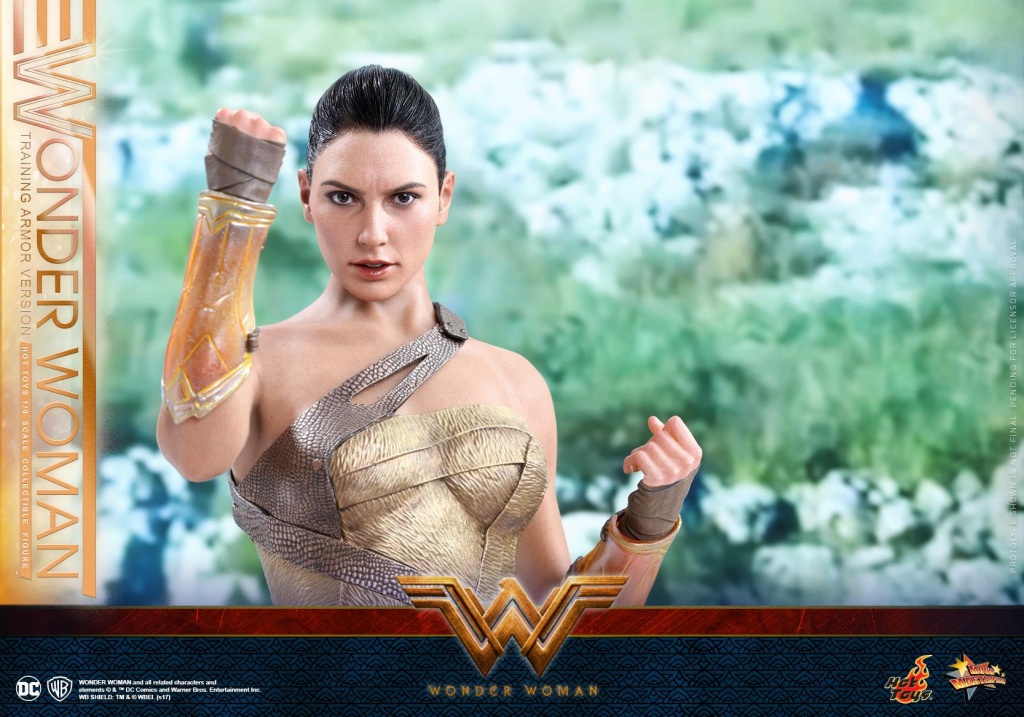 ‘It is our sacred duty to defend the world. And it is what I am going to do.’ 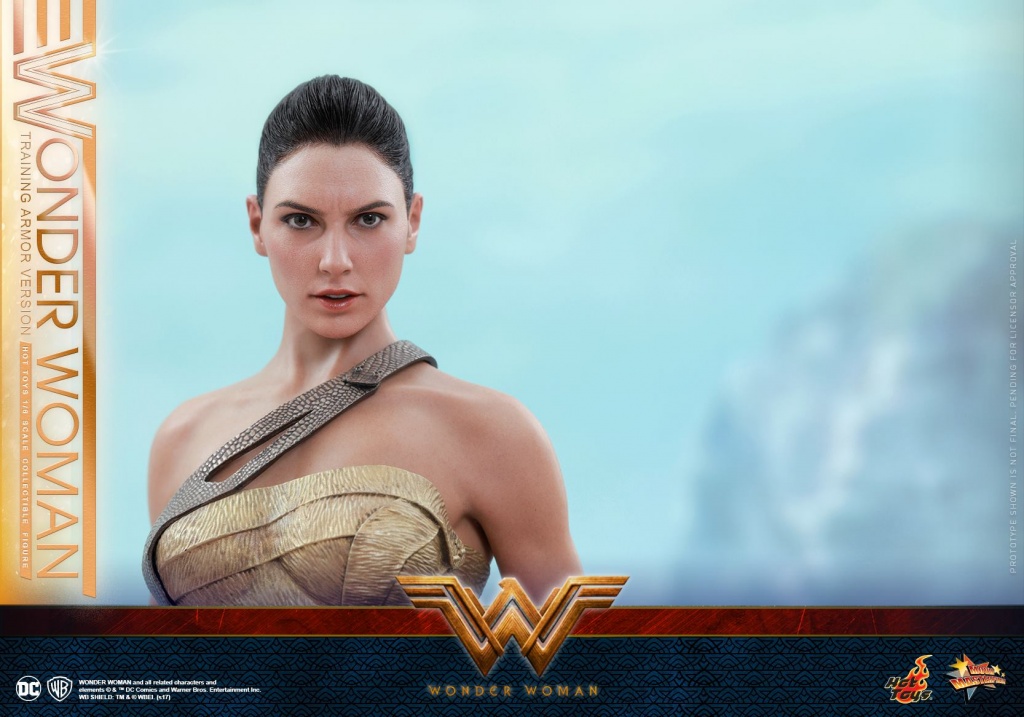 She’s the princess, she’s a warrior. Born and raised in the Amazons, Diana lives in a place without knowing about the conflicts in the outside world. Not until she met the American pilot that changes her destiny to maintain peace in the universe. Here she is – the Wonder Woman! 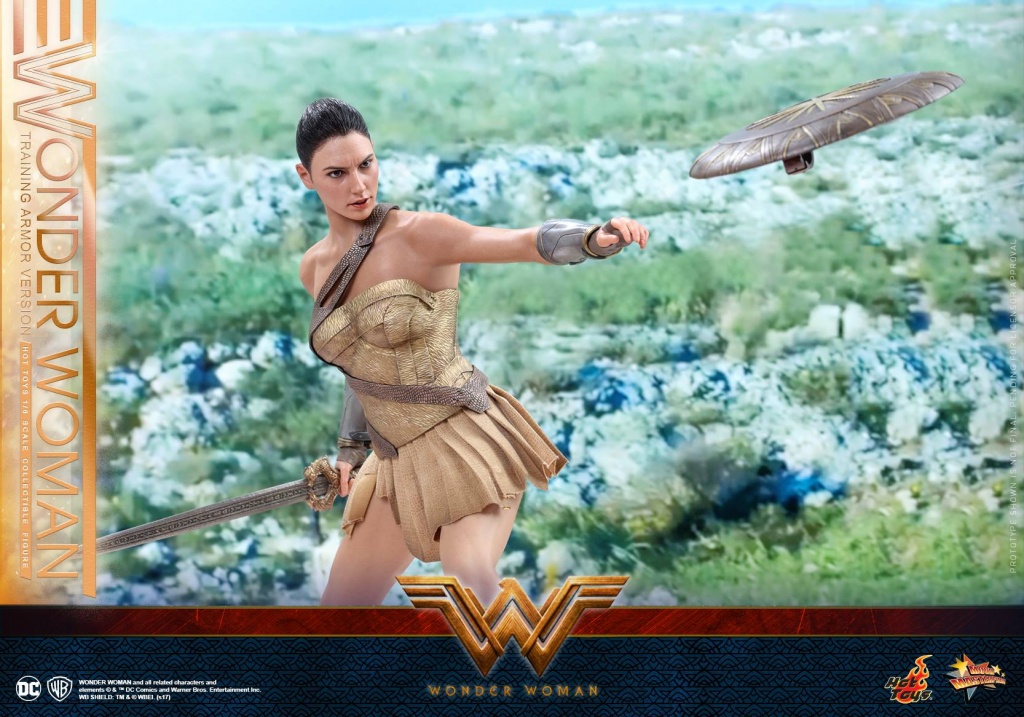 Featuring Gal Gadot as the Amazonian Princess Diana in the movie, the figure is finely crafted based on her appearance in Wonder Woman wearing the Themyscira training armor. The newly developed head sculpt is perfectly craved with movie-accurate quality. The outfit is specifically tailored to showcase the fine detailing. What’s more, the figure comes with an assortment of weapons such as the Amazons’ mythical ‘God Killer’ sword with base, a shield, bow and arrows and her signature ‘Bracelets of Submission.’ On top of the accessories, a themed figure stands and a specially designed Themyscira island backdrop is included as well.

The Wonder Woman figure is a timeless centerpiece with high screen authenticity. Open for pre-order now. Don’t let the ‘Wonder’ slip by! 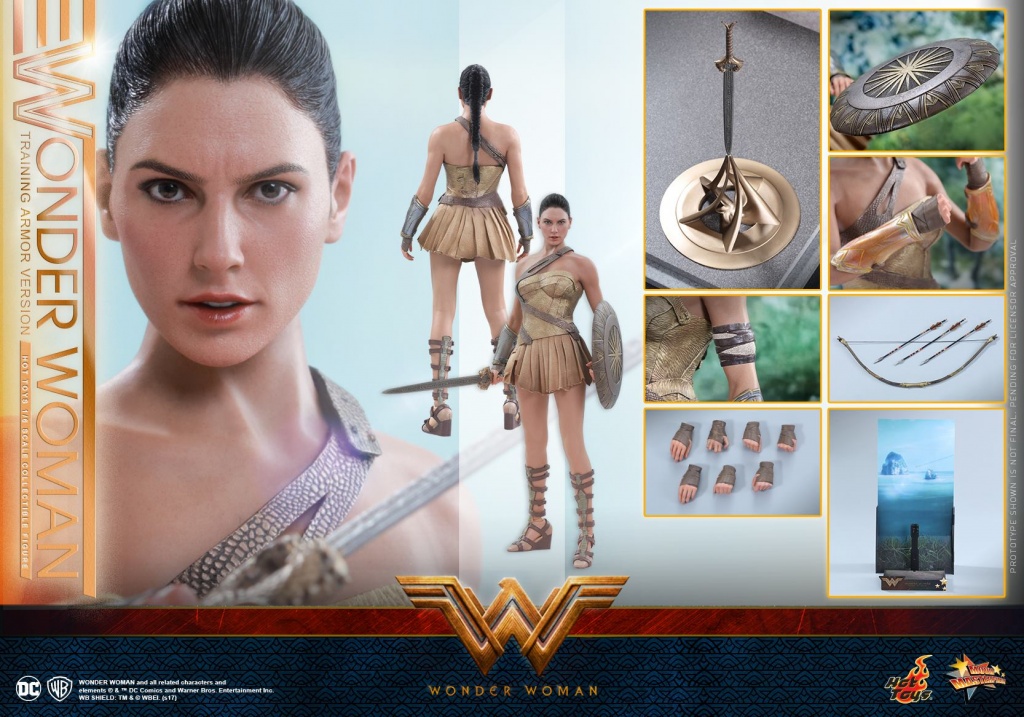 Hot Toys also announced the B v S Wonder Woman should be arriving soon. I’m looking forward to reviewing that one  and it’ll be one I knock out soon once it arrives.