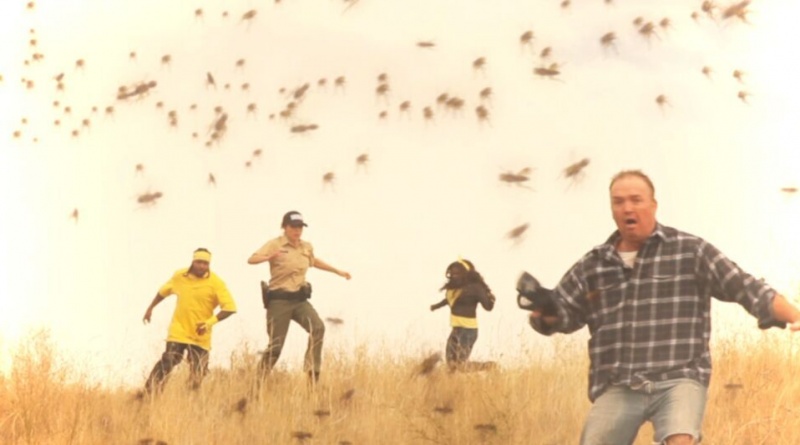 It takes a special movie to make Sharknado look high concept. Besides its clever title, Tsunambee offers little entertainment even managing to miss the sweet spot of being so bad it’s good.

Tsunambee actually premiered in 2015, but now finally gets released on VOD on June 13.

Some phenomenon has triggered a killer bee swarm. No, not the cool kind from Wu-Tang Clan, but giant, badly animated bees.

A small hodgepodge group, tentatively led by Sheriff Lindsey Feargo (Stacy Pederson), manages to get away from the major outbreak. But these distinct personalities definitely aren’t going to make for an easy passage to sanctuary … if one exists. There’s the three remaining members of a gang, clad in decidedly intimidating yellow tones and a couple of good old boys. 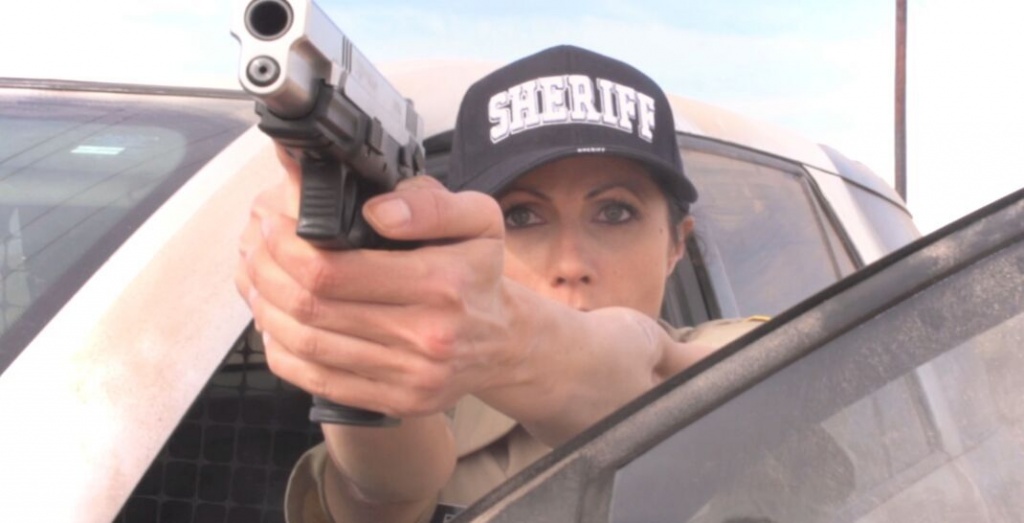 Is it worth getting attached to any of them? Not really. Those that survive the initial onslaughts quickly become irritating thanks to a combination of overacting and silly character logic. Acting wise, Sharknado stars Ian Ziering and Tara Reid have nothing to worry about here. Ruselis Aumeen Perry actually does manage to bring some depth to his gang banger character, JB, but he stands out more here for being moderately competent.

Director/Writer Milko Davis does add a fun little element to the bee invasion. There’s the occasional glimpses of bee vision from the bee’s POV. Swarm victims somehow come back to life as zombies. I appreciate Davis covering his bases in trying to find something to appeal to audiences. That’s not a bad concept and one Davis probably should have explored further.

Davis injects some serious debates about faith and religion, which doesn’t mesh with his hokey monster invasion movie. It’s not like Davis can truly handle that more complex element with dialogue like ‘I smell bacon bro,’ when Feargo arrives. Davis also works in needless connections to the characters making for a real happy accident that their paths crossed. 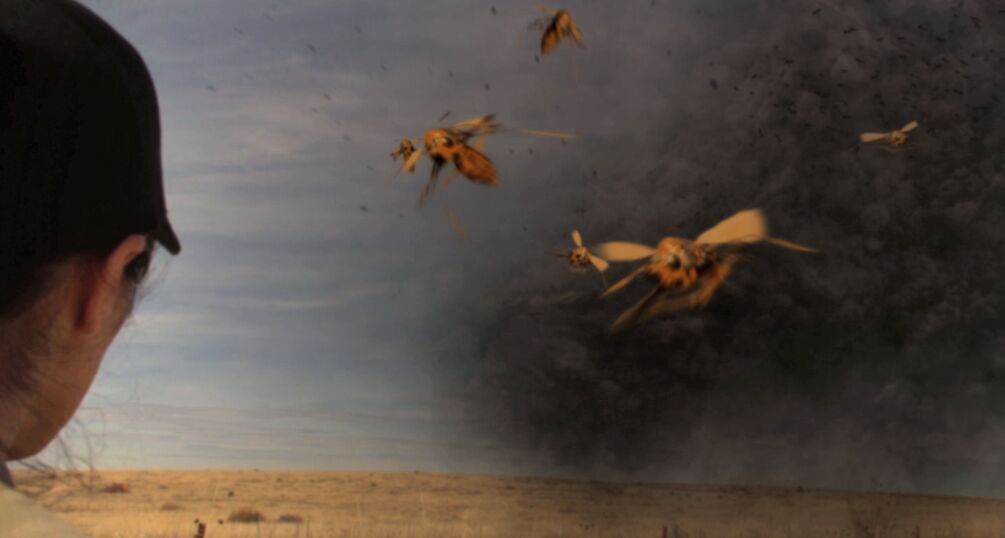 I doubt anyone was expecting summer blockbuster like special effects, but these look more last-gen video game quality than something in 2017. The film reportedly had a $750,000 budget and while it seems like every penny was spent, it definitely wasn’t enough. To compensate, Davis frequently uses restricted camera angles and dark locations. That’s passable right up until the moment the bees appear on screen looking like they’re puppets being lowered into the shot.

There’s something to be said for a movie committed to mediocrity. The filmmakers at least have a sense of self-awareness, but Davis tries to make Tsunambee more than a dumb monster movie. Even with the crappy effects, pathetic acting and nonsensical plot, this could have been a silly, disposable guilty pleasure. Instead, it underachieves and can’t even manage to get being a trashy silly movie down correctly.