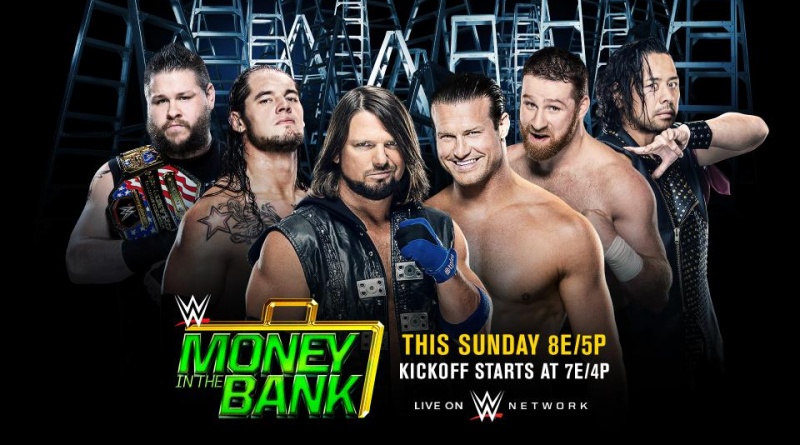 Money in the Bank 2016 went down as one of my favorite WWE PPV events of all time, featuring a stellar MITB match, John Cena vs. AJ Styles, and the unforgettable Reigns vs. Rollins main event. While Money in the Bank 2017 is not as obviously stacked, it features the first-ever WWE Women’s MITB match as well as a very promising Men’s MITB match and a rematch of the jaw-dropping main event from Backlash 2017. Let’s run through the card and have a closer look at Sunday’s show.

The Hype Bros vs. The Ascension 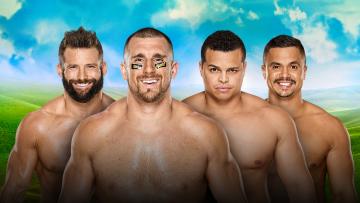 Now if this isn’t the definition of a pre-show match, I truly don’t know what is. Mojo Rawley has fallen a bit since his ARMBAR victory at WrestleMania, but the return of perennial fan-favorite and tag team partner Zach Ryder has the Hype Bros looking to make some progressive at the expense of division punching bags, the Ascension. Should be a solid match. Faces will win, if not only to give a little rub to Mojo.

Becky Lynch vs. Charlotte Flair vs. Natalya
vs. Tamina vs. Carmella – Money in the Bank ladder match 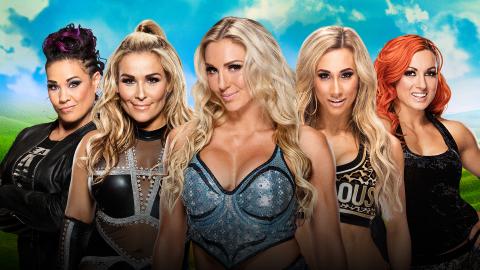 While it might at times feel like WWE is attempting to overcome the decades of restraining the wrestling freedom of women as fast as humanly possible, I am still quite thrilled at the prospect of a Women’s MITB match. With a solid crop of talent, the possibilities for a victor are many. I will always be pulling for Becky Lynch, but only a fool would ever bet against Charlotte Flair. I’m entirely counting out Tamina, and only slightly considering Carmella due to the possibility of interference from James Ellsworth. Natayla is always a dark horse contender. I don’t really see any solid feuds with Naomi out of most of the contenders, but that isn’t a necessary factor at this time. I’ll go with the smart money here.

The Usos (c) vs. The New Day
for the WWE SmackDown Tag Team Championship 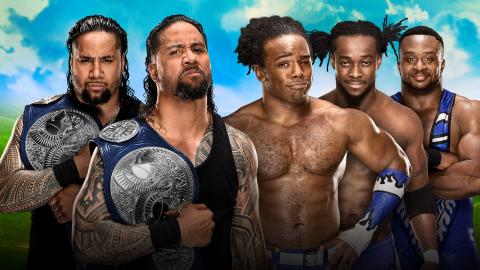 Disappointing as it was to see the Fashion Police removed so unceremoniously from the title picture following their one loss, it’s damn near impossible to argue against the star power of the New Day. The record-holders they are, the New Day do not have any need for another run with the straps so soon and most definitely not at the expense of some of the best current champions on the WWE roster, the Usos. A win for Jimmy and Jey over whoever the New Day elects to put into competition would be enormous in solidifying their credibility. The New Day could and should win the belts down the line, but not Sunday night.

Naomi (c) vs. Lana for
the WWE SmackDown Women’s Championship 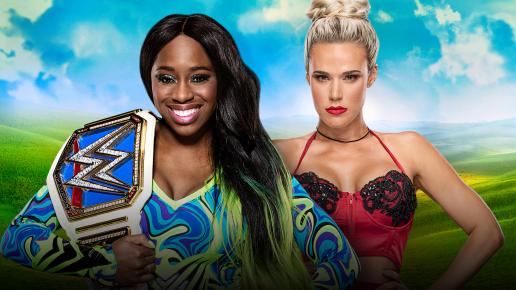 I’m still trying to figure out the logic behind this match. Lana randomly debuts and annoys the crap out of the Women’s Division, and Naomi wants to face off against Lana just to prove how worthless Lana is? Well, I guess that does make a bit of sense. However, after the result of Orton vs. Mahal, I don’t quite know why Naomi would risk her title just to prove her dominance. But hey, I might be reading a bit too much into it. While Lana is fantastic as a personality, it would be absolutely facetious to pin a title belt on her this soon. Naomi, herself, is walking the tightrope of legitimate champion and I would not want to make another gamble if I were the WWE creative team.

Kevin Owens vs. AJ Styles vs. Baron Corbin vs. Sami Zayn
vs. Dolph Ziggler vs. Shinsuke Nakamura – Money in the Bank ladder match 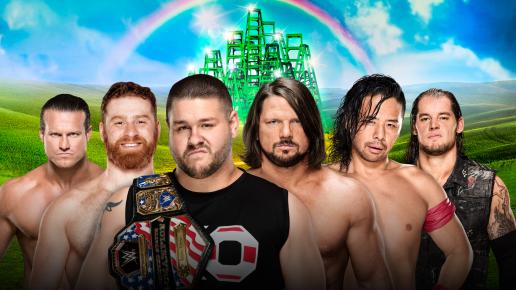 Despite the fact that this match is an absolute smorgasbord of midcard feuds, I am nothing short of blisteringly excited for what could be my favorite stipulation in wrestling. Last year’s contest was absolutely exceptional in every way, and two participants return this year to up the ante. The SmackDown talent in this match could not possibly be better, so a potential winner is incredibly difficult to ascertain. Baron is a viable candidate, as is Shinsuke Nakamure; however, both I feel need a bit more time to properly solidify themselves on the main roster. Ziggler is incredibly unlikely to repeat. Sami Zayn needs a real platform for his coronation (i.e. Royal Rumble to WrestleMania). AJ is an ex-champion (and one of the best in the world), but not someone I see holding the briefcase well. Owens, while he is the US Champion, would be a perfect MITB winner and briefcase holder. He successfully elevates most everything he touches (except for the Universal title), and would wield the golden case well.

The Fashion Police vs. The Colons

On a show featuring AJ Styles, Shinsuke Nakamura, and Kevin Owens, it feels weird to say Tyler Breeze and Fandango are the most entertaining superstars. This match comes a year after one of my favorite oddball segments of all time featuring Breezango covered in sunburn blisters attempting to face off against Golden Truth. While this match won’t likely measure up in ‘bizarre’ factor, it will sure include some fun spots if the team’s match against the ‘Uggos’ is any indication. I hate to see the Colons continually finding themselves on the short end of the stick, but there’s no stopping the incredible momentum of the Fashion Po-Po.

Jinder Mahal (c) vs. Randy Orton
for the WWE Championship 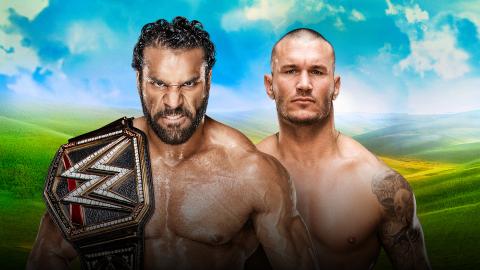 After the shocking conclusion of Backlash, we have ourselves a rematch in the Viper’s hometown of St. Louis, MO. Jinder has actually – in just a few short weeks – grown into the role of champion remarkably well, alongside his stooges, the Signh Brothers. I am (and I can’t believe I’m saying this) pulling strongly for Jinder to retain, as I think he needs a good bit longer with the belt. However, even if Jinder does win this rematch, his story with Orton is undeniably far from over. Orton is nothing special as a face, or even anti-hero, and I don’t believe he has much to offer with the championship back on his shoulder at this time. There’s no reason we would, but I hope we don’t see a repeat of Ambrose’s cash-in last year. It worked really well in that scenario, and a retread would feel very trite.

Money in the Bank 2017 has a lot to live up to in terms of legacy, but it does have a solid card with a lot of room for great matches. Make sure to tune into the Pre-Show at 7 p.m. and the main show at 8 p.m. Meet me back here next week to discuss the fall-out and speculate on the fate of our new #1 Contender.