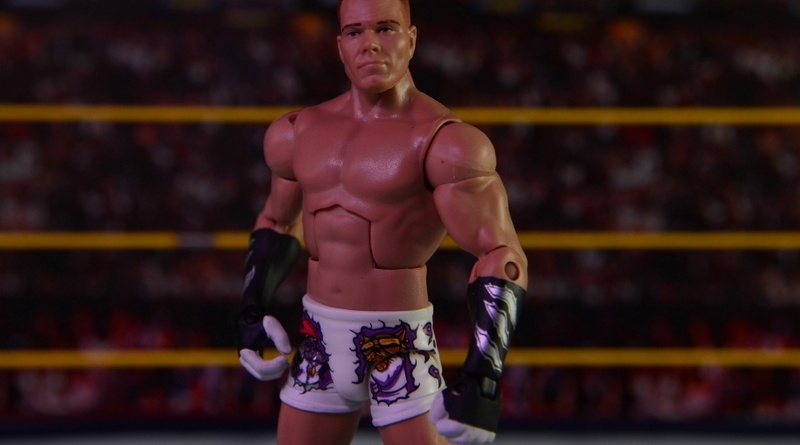 One of the unintended benefits of WWE Total Divas is it’s shown a different side to the Divas’ beleaguered husbands and boyfriends. It’s to the point that my favorite cast member isn’t one of the divas, but Tyson Kidd.

Tyson’s sarcasm and wit largely went underutilized on WWE Raw or Smackdown, but on Total Divas he was gold. His antics with Natalya alone are worth watching the show. That made Kidd’s tag team with Cesaro resonate with me even more. I was invested in him in a way I hadn’t before and he had a great chemistry with Cesaro.

While I’m bummed that Kidd’s career looks to be over now, I can still celebrate his stellar tag team run with this Elite 40 figure. It’s taken me awhile to finally get this guy and now I’m obliged to get the matching Cesaro. Don’t you love how that happens?

Packaging:  Mattel found a pretty solid package set up with the Elite line. It’s not flashy, but in the case of a guy like Kidd who had a storied WWE career, it covers all the highlights. I still like the package even gets brand specific so Tyson gets the Smackdown blue accents. 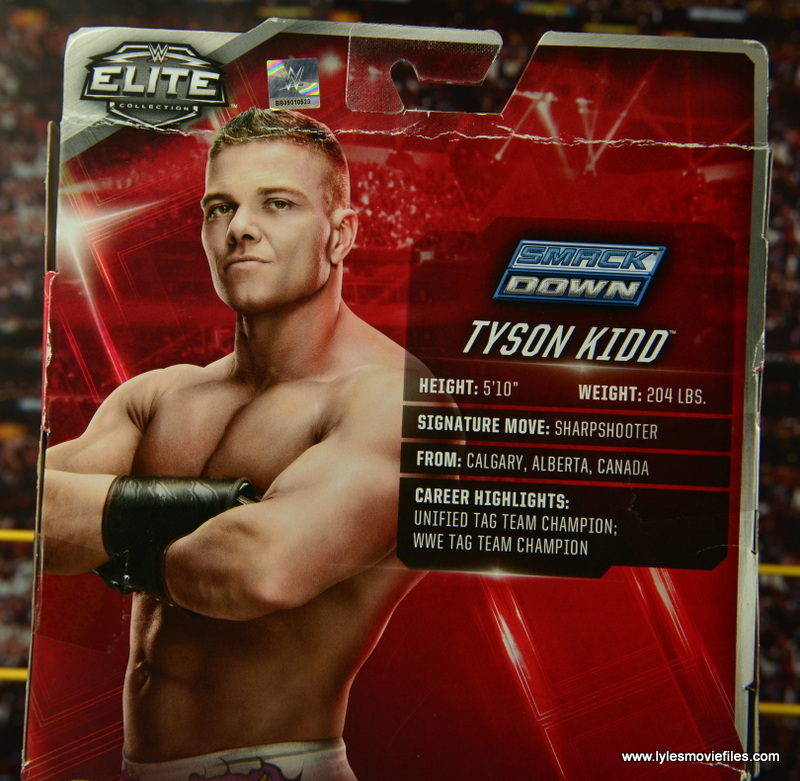 Likeness:  I really like the head sculpt. It captures Kidd contemplating a big move off the top or wondering why Nattie splurged on more cat goodies. The body used seems about right for his physique as well. 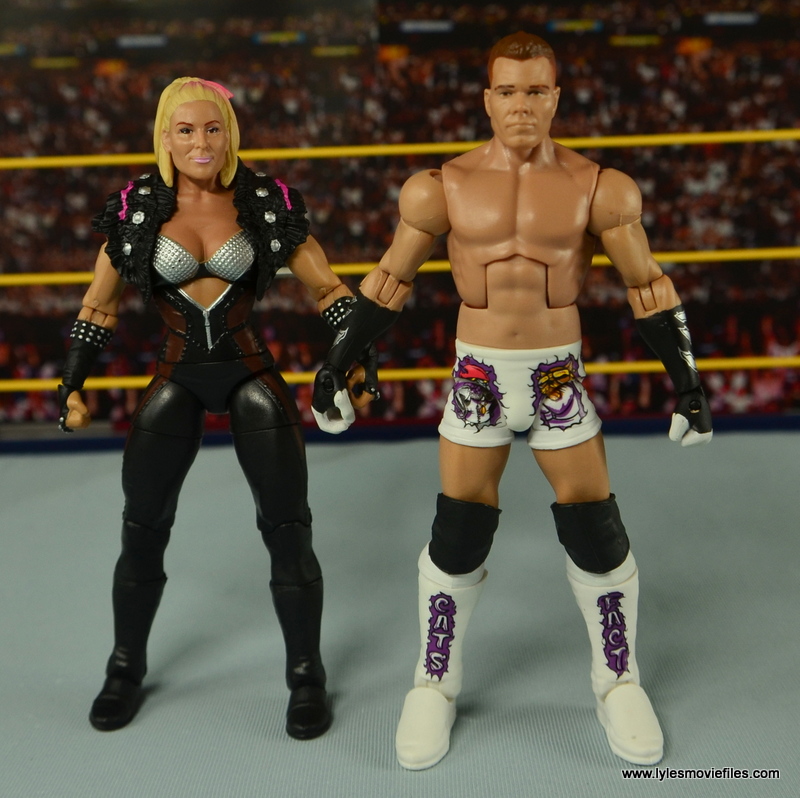 Tyson kept changing his look up slightly during this time period, but the figure reflects the more finished product with the black sleeves and white gloves. 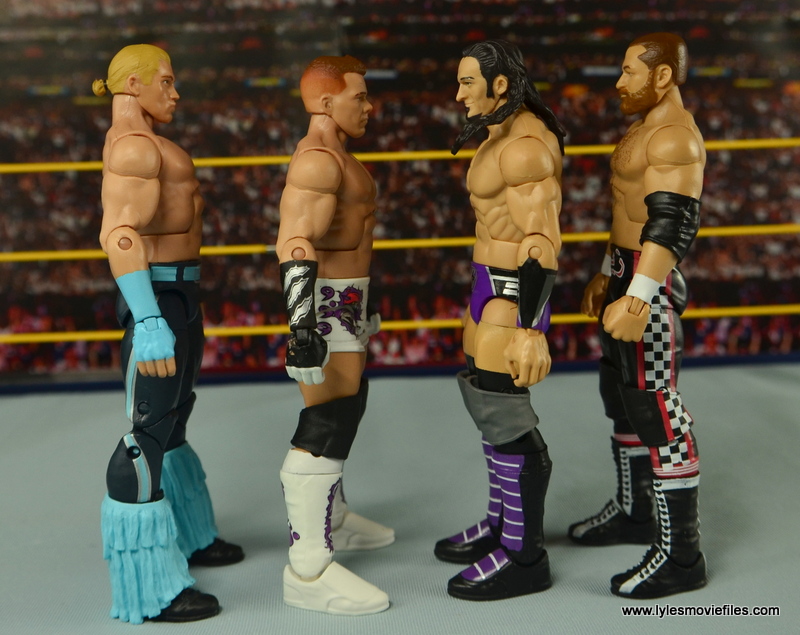 Scale:  Tyson clocks in at 5’9”. Mattel correctly scaled him to the 6’1” Sami Zayn. Don’t pay attention to Neville, who’s taller than he should be at 5’8”

Paint:  I love Tyson’s outfit. Beyond having white to break up the sea of black and red, he’s got a graffiti style paint of his cats. Mattel knocked these out with a precise likeness to the tights. Some of the image gets broken up thanks to the articulation, but it matches up well.

The torn effect on the sleeves came off really nice as well. To be oh so picky, the Cats Fact spray paint effect should be larger on the kickpads, but that’s the only complaint. 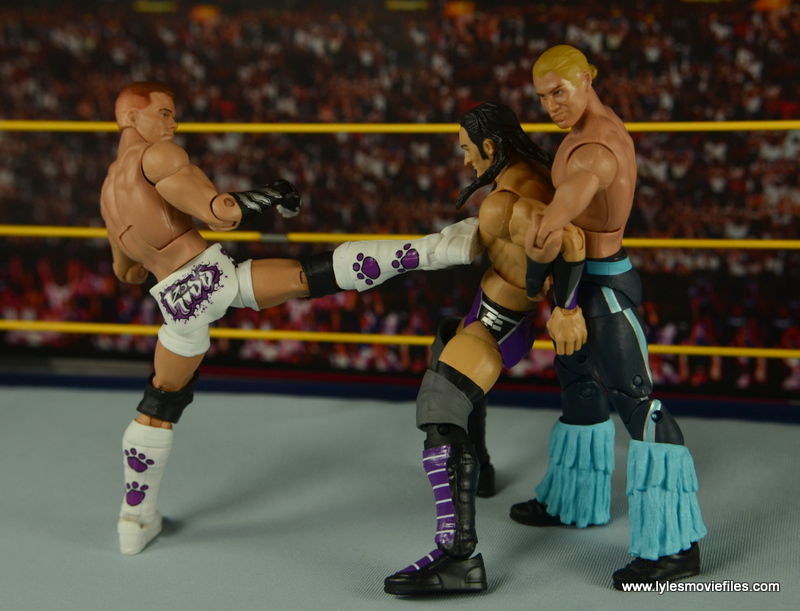 Articulation:  With an aerial daredevil like Tyson there’s some fun possibilities in terms of the poses, which is mostly possible with the Elite articulation setup. There wasn’t a lot of moves I wanted to try that I couldn’t hit. His style kneepad also is far less intrusive and doesn’t impair movement. 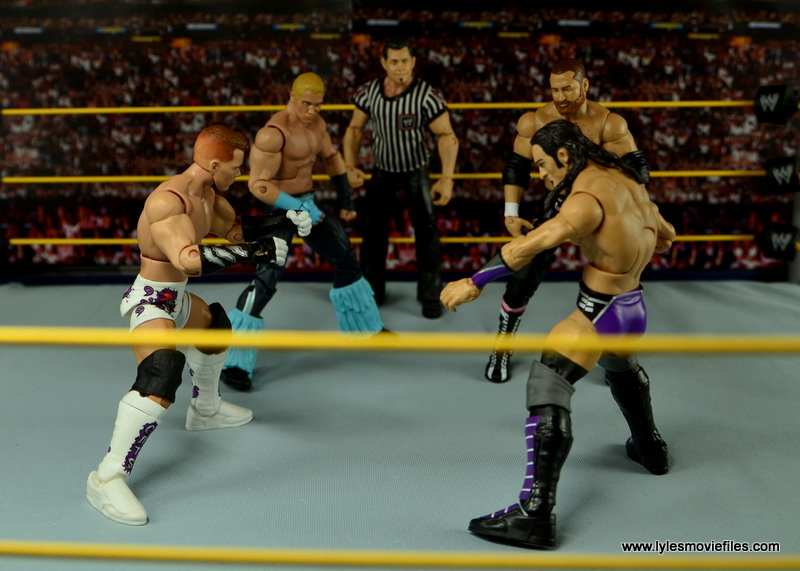 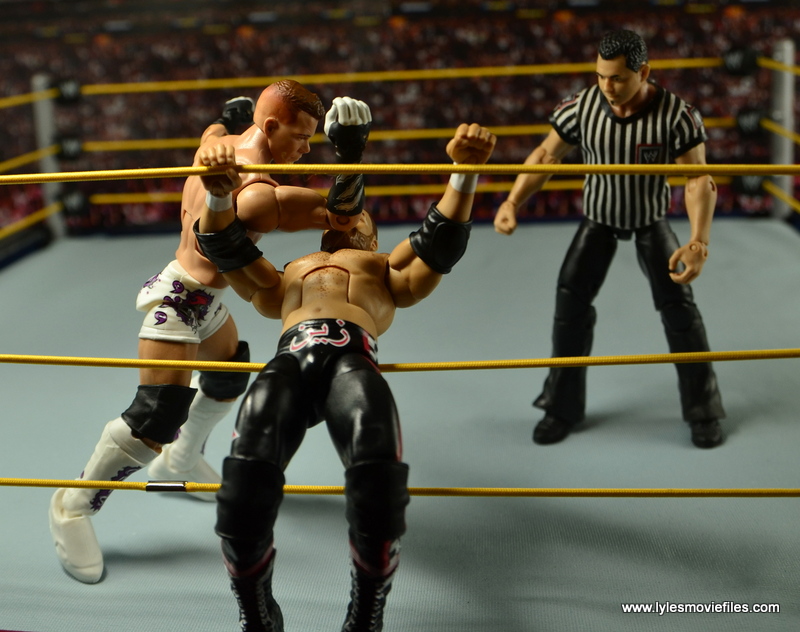 Accessories:  Tyson isn’t packed with accessories. He gets his ever present (not Beats) headphones. Those are scaled properly whether on his head or around his neck. The hoodie is just OK. It’s made of plastic so there’s no flexibility to move it up and down unlike the Elite 51 AJ Styles.

On the back is the Cesaro/Kidd logo. I don’t mind this too much mainly because it wasn’t a pain to take the hoodie on and off. And Mattel included enough clearance so Kidd can wear the headphones while rocking the hoodie. 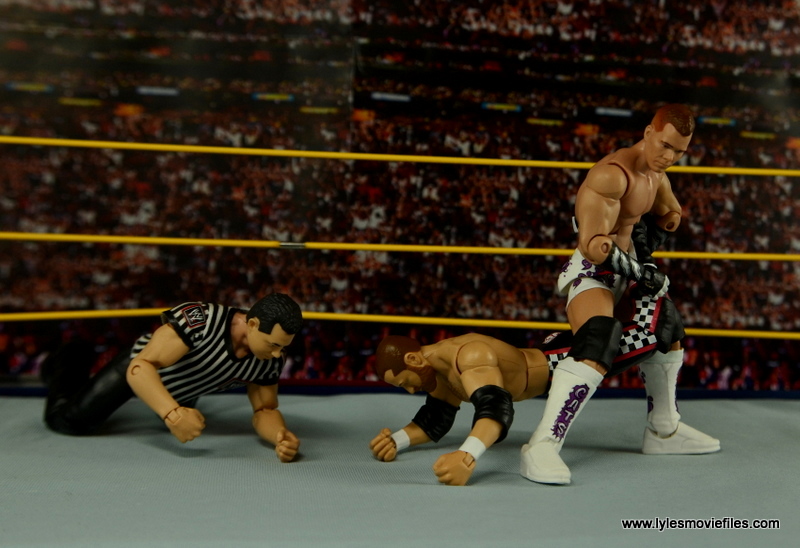 Worth it?  Right now you can get Kidd for $17. That’s cheaper than the average Elite figure and what is likely to be Kidd’s final WWE figure.

As a big fan of Kidd, I really like this figure. Mattel did a great job with it. If this is his last figure, Mattel did right with their last offering. 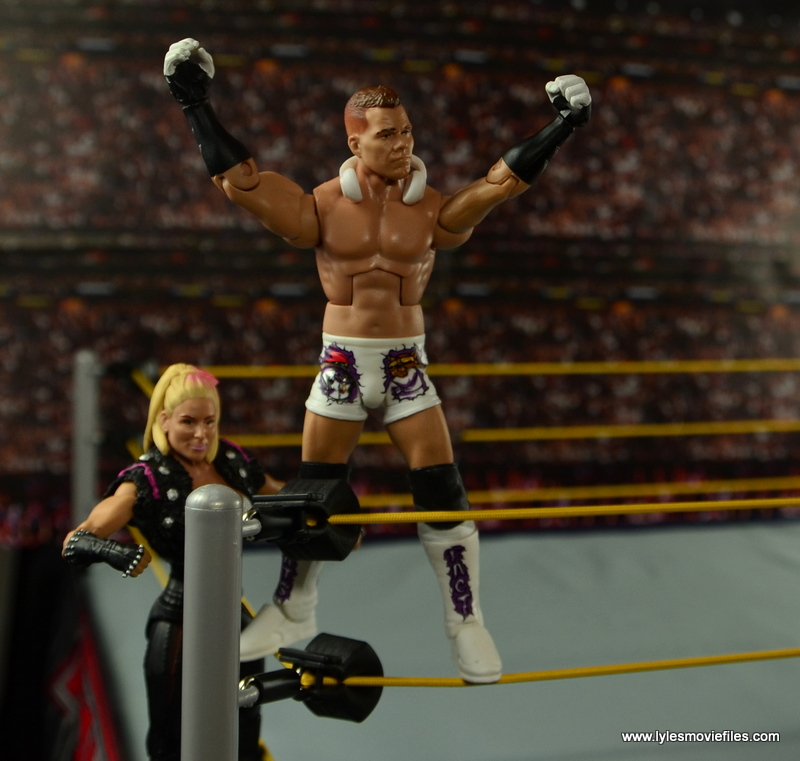 Where to get it?  Elite 40 is gone from most stores, but you could possibly track him down at Big Lots for $10. At that price give him a full 10 even with the smaller kickpad paint. But the best bet is grabbing him from Amazon.