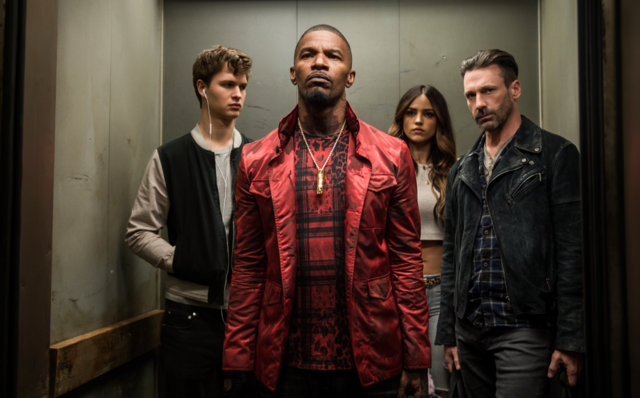 Edgar Wright has little time for genre restrictions. His latest, Baby Driver, is another example of a filmmaker unwilling to have his films so easily categorized. Parts Drive, Heat, Ocean’s Eleven and even some Goodfellas, Baby Driver is a unique and engaging presentation that avoids obvious comparisons.

Baby (Ansel Elgort) knows his way around a steering wheel. When he’s behind a wheel he’s in sync like the music that’s going non-stop on his iPod. The somewhat dated device has sentimental and essential value for him. A childhood accident left Baby with a hearing disordering requiring a constant stream of music to block out excessive audible distractions.

Baby’s skills have come in handy for crime boss Doc (Kevin Spacey), who’s making Baby settle a debt by serving as his on call wheel man. While they all respect his talents, Baby’s social skills rattle most of Doc’s associates including Bats (Jamie Foxx) and Griff (Jon Bernthal, Daredevil). 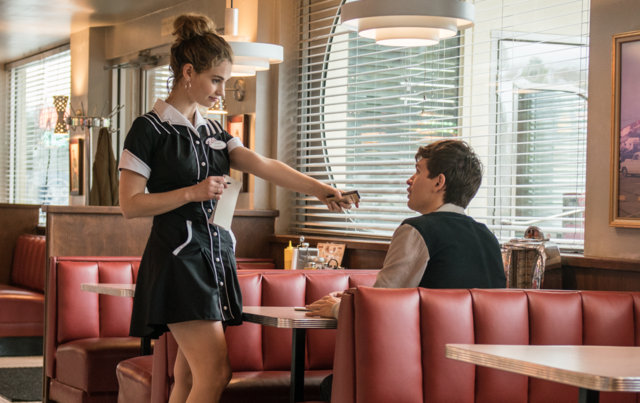 But with his debt nearly paid up, Baby is thinking about a better future providing for his deaf foster father Joseph (CJ Jones). And possibly moving beyond the flirting stage with the cute diner waitress Debora (Lily James).

Sadly, Baby hasn’t watched a lot of gangster movies as he would know he’s never truly done. Rounding up some of his all-stars, Doc calls in Bats, Buddy (Jon Hamm), his girlfriend Darling (Eiza Gonzalez) and Baby for an epic score provided the volatile personalities don’t blow it.

In a June 15 Q&A in Washington, D.C., Wright excitedly spoke about his double Oscar shots — whenever Oscar winners Foxx and Spacey were in the same shot. There’s real electricity in those moments and every scene with any combination of Hamm, Foxx and Elgort is amazing. 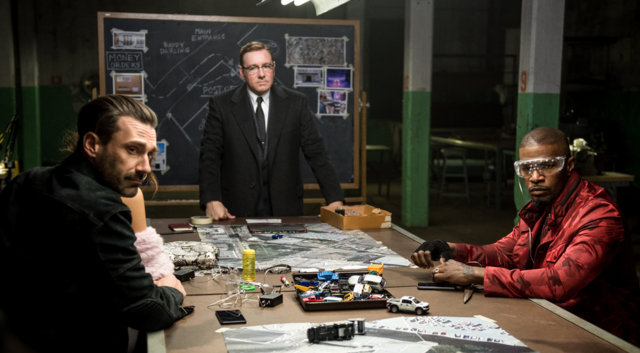 Without being too hammy or over the top, Foxx comes close to stealing the show. He brings a wild eyed and unpredictable nature to Bats and seems to be having a blast. Hamm is so good playing the more laid back crook with a wild side and it’s easy to see why Wright crafted the role with Hamm in mind. Gonzalez also has a great presence even if she’s gets somewhat shortchanged character wise.

Elgort might not have the lengthy resume as some of his co-stars, but he is excellent. This could be the last role needed to propel him to the top of the under 30 crowd. He’s got fantastic chemistry with the mesmerizing James and while it’s a story that’s played out thousands of times on the big screen, it’s still engaging when it’s done this well. 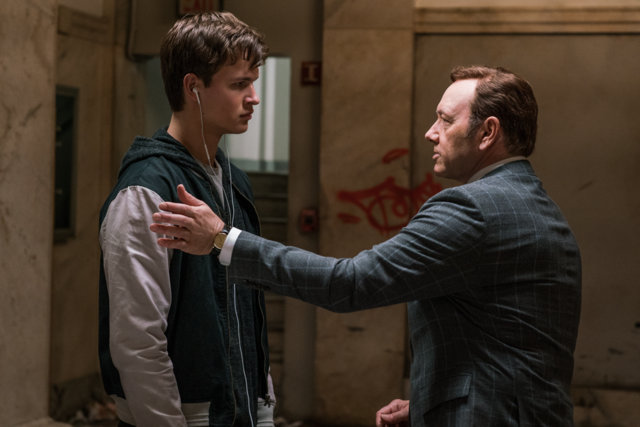 Baby Driver might be the first action musical as the music is just as vital a component of the film as the performers. Wright incorporates an eclectic soundtrack with songs from Boga, Queen to Young MC in the mix. Unlike a traditional action setup where the music simply accentuates the onscreen events, the characters hear and react to the music playing.

Most of the action plays out over adrenaline increasing exhilarating chase scenes. Wright has a flair for breathtaking chase sequences that are far more sophisticated than endless scenes of crashes and explosions. There’s a cleanness to the action so it’s not a slew of edited to pieces scenes slapped together. 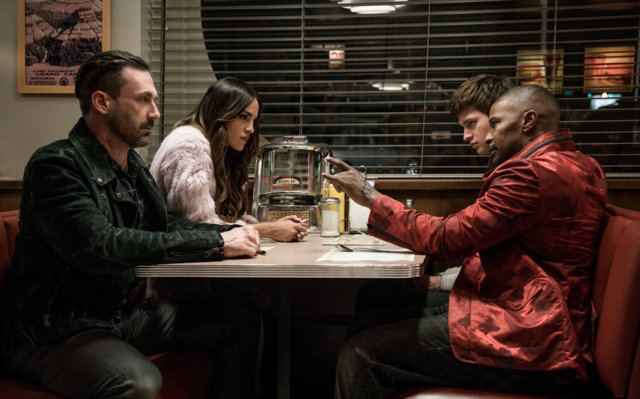 Baby Driver is one of the more unique cinematic experiences I’ve had in years. It’s sleek, stylish with an abundance of cool. Hitch a ride, but make sure to hit the road to see this one.