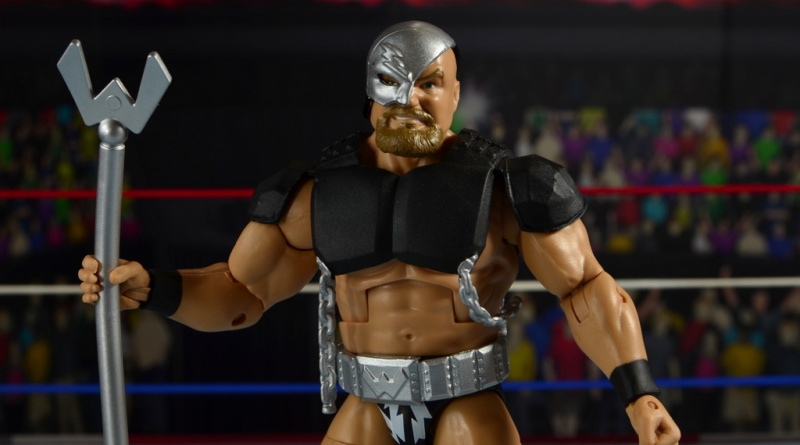 By the time of his singles run in the WWF, Warlord was a minor player. He was primarily used as the tough heavy for guys like Bret Hart and The British Bulldog. But with Mattel coming close to knocking off all the big names, mid-carders like Warlord are essential.

Despite being on the lawsuit list, Mattel was able to get a figure out in stores for the milestone Elite 50. Let’s see if the Warlord is worthy of such lofty status.

Packaging:   No huge difference. I’m really ready for some changes to the standard Elite packaging. I definitely don’t like the accessories listing being reduced to such a small section on the package now to make room for the build a diorama sticker.

Mattel used an appropriate image this time for the back as it perfectly reflects Warlord signature scowl, which also matches the figure itself. 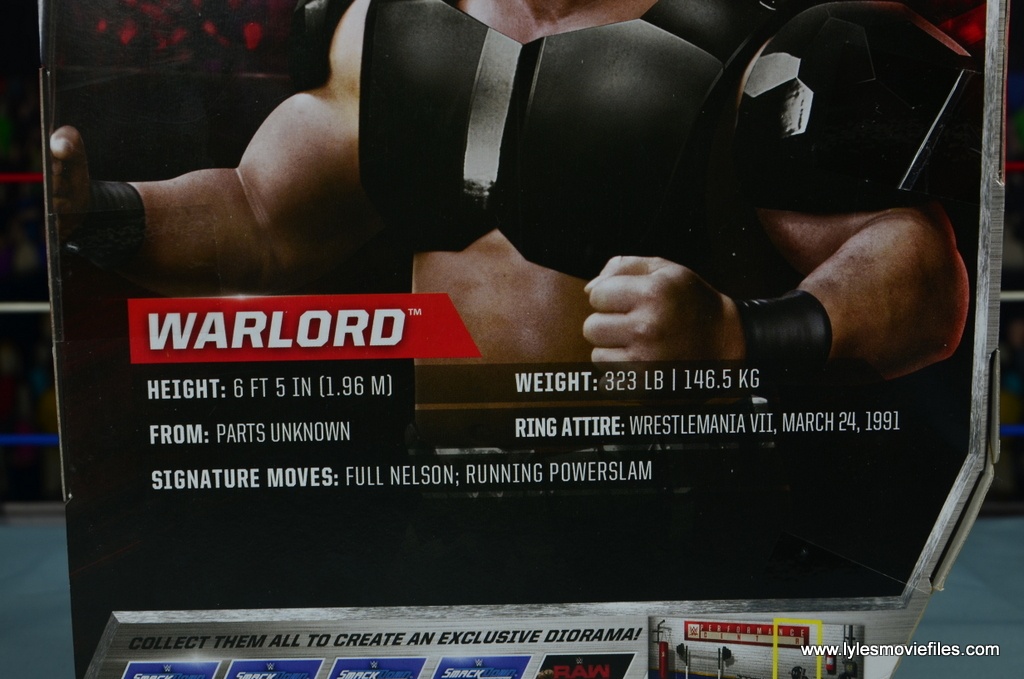 The lack of a bio really stands out here since Warlord had a decent WWF career, but never won any accolades. The bio looks real lean without any explanation of the character or at least some of his feuds and rivals. 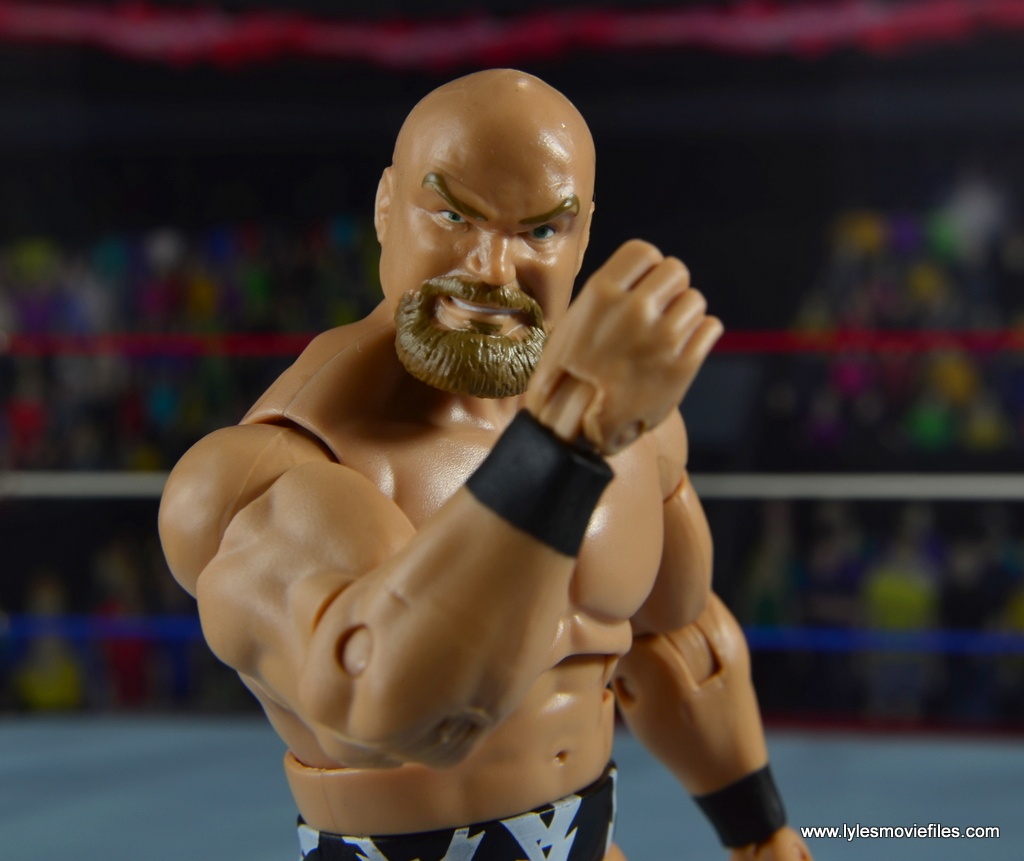 Likeness:  It’s rare when an open mouthed, expressive head sculpt so perfectly captures the essence of a wrestler. This is exactly what immediately comes to my mind when I think of Warlord. He looks even more impressive with his entrance gear on. Warlord always had one of the more toy-etic looks and Mattel knocked this one out. 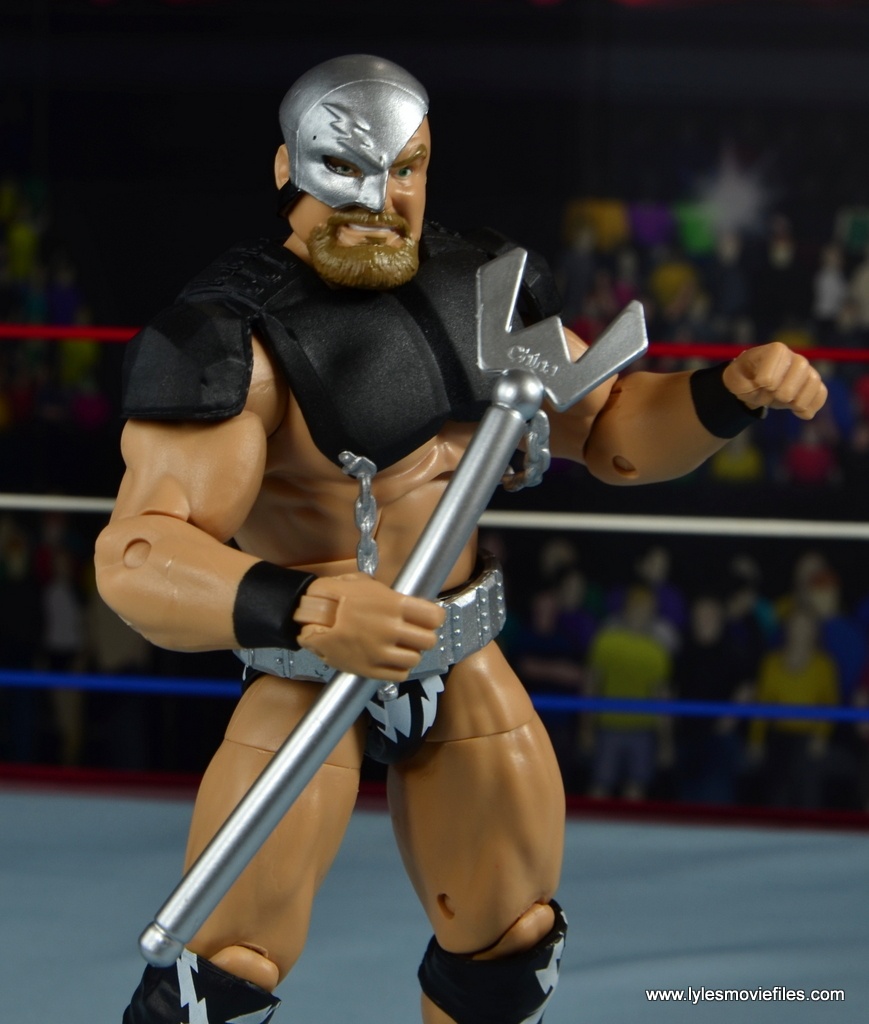 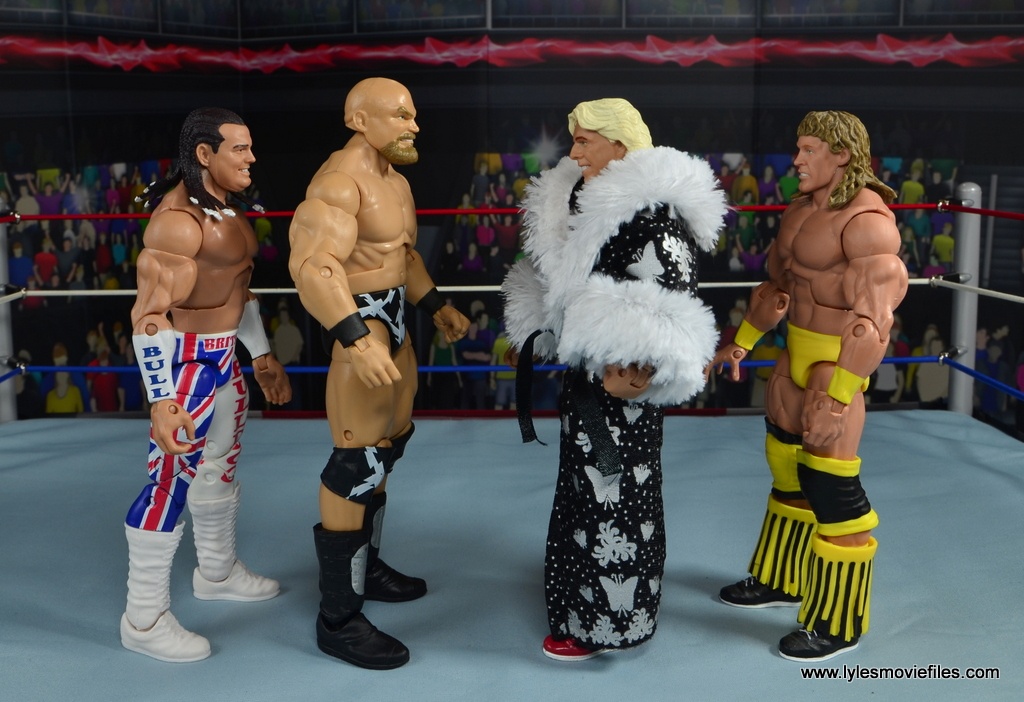 Scale:  Warlord was a beefy guy and at 6’5” he was pretty imposing. The figure captures his size really well to the others. I was pretty impressed how he scaled properly to Ted DiBiase as they were the same height as shown in Survivor Series promotional pictures. 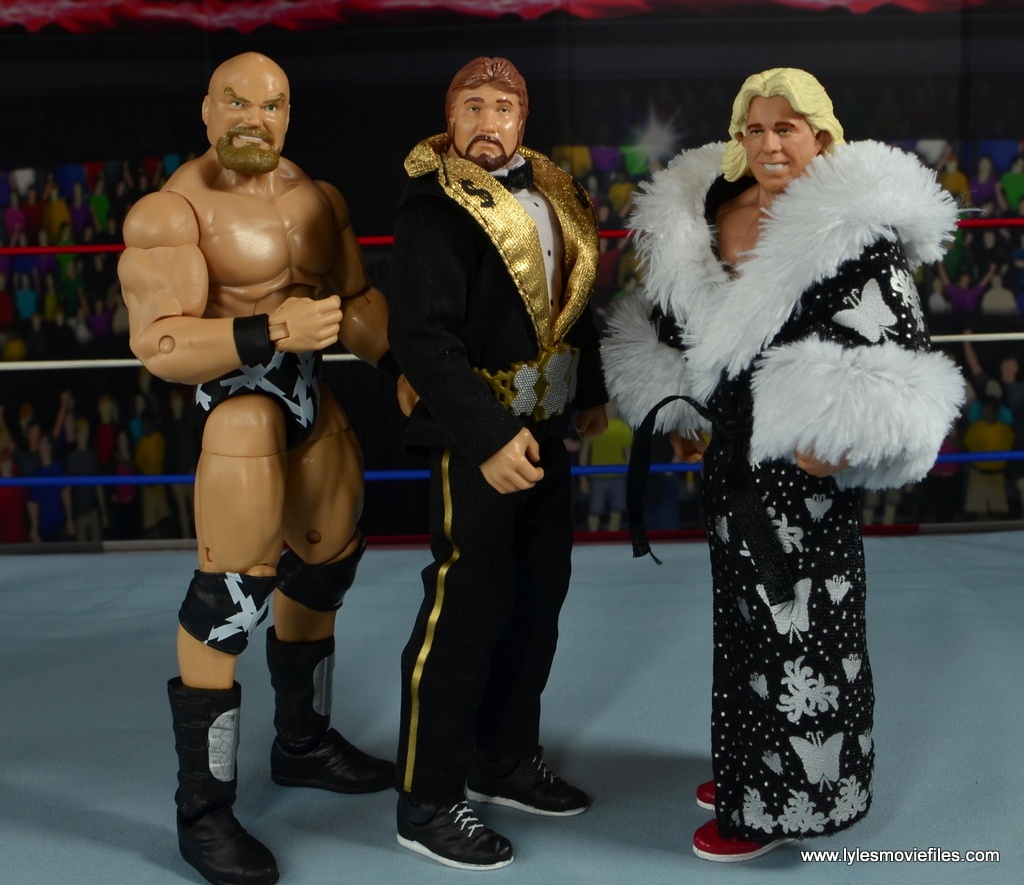 Paint:  Warlord would fit right in with modern sports entertainers with his simple black attire and white accents. The shade of brown used for the goatee looks just about right. Some of the white used on the ‘lightning bolts’ was weak and the black bleeds through. That’s the biggest issue, but white seeping through is more the norm than the exception so I won’t knock points off in that instance.

Articulation:  Warlord was a big, bruising brawler. So no …dives or complex submission holds. Warlord did use a full nelson for a finisher, but that move is impossible to do even with the Elite articulation. But the running powerslam? No problem. 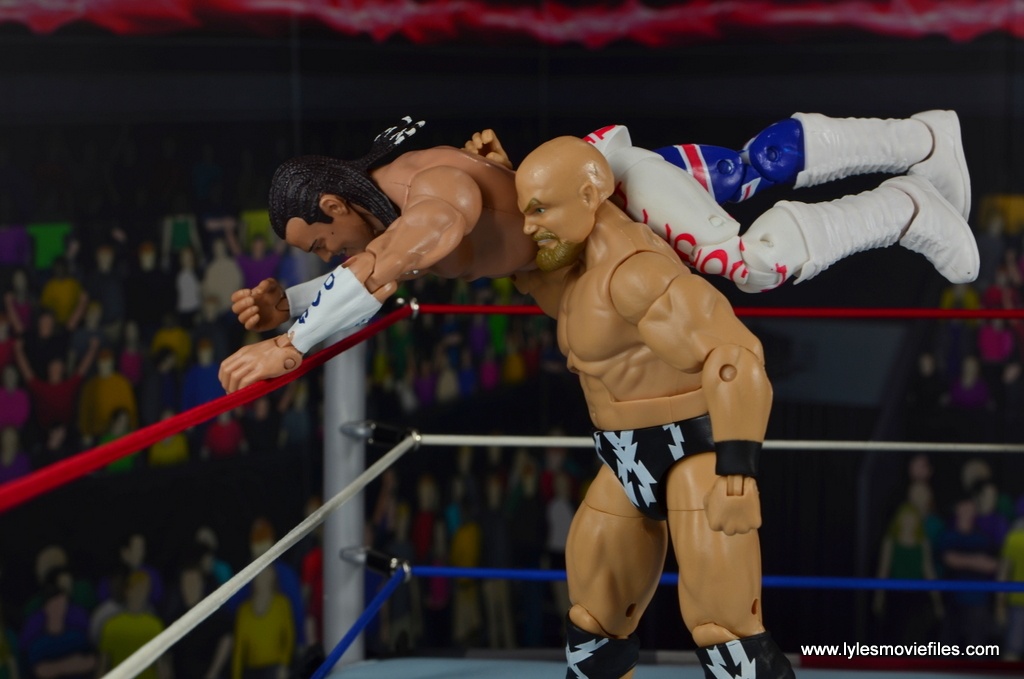 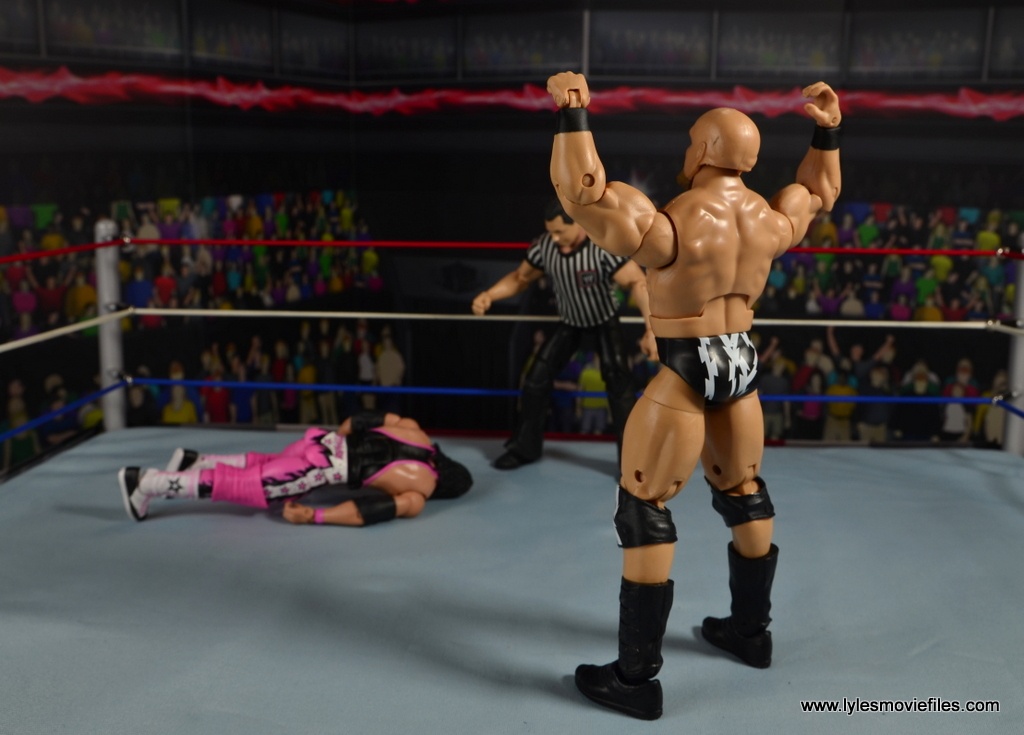 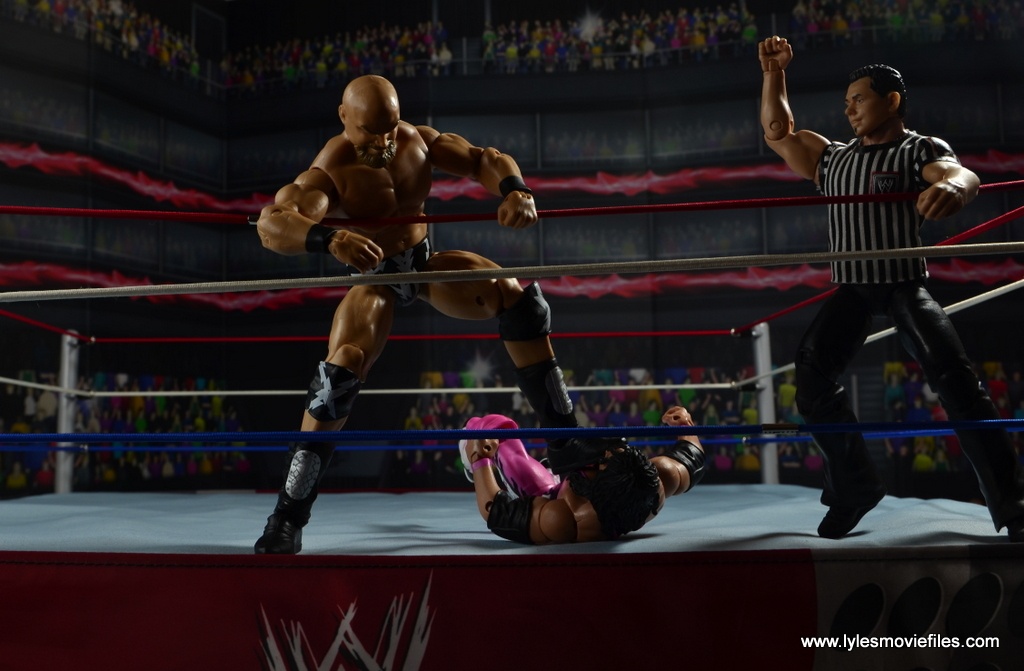 Accessories:  Warlord comes with everything he needs save a hidden compartment with a Slick figure. He has his Phantom of the Opera mask, which has a nice silver sheen to it. Additionally, he’s got his shoulder pads complete with dangling chains and his belt. Unlike his Powers of Pain partner Barbarian, it sure seems like WWF creative slapped together some random elements for his costume and design.

The way he’s packaged warps the scepter and it’s a little annoying ‘China’ is so prominently written along the W. For everyone interested, Warlord also comes with a section for the Performance Center diorama. 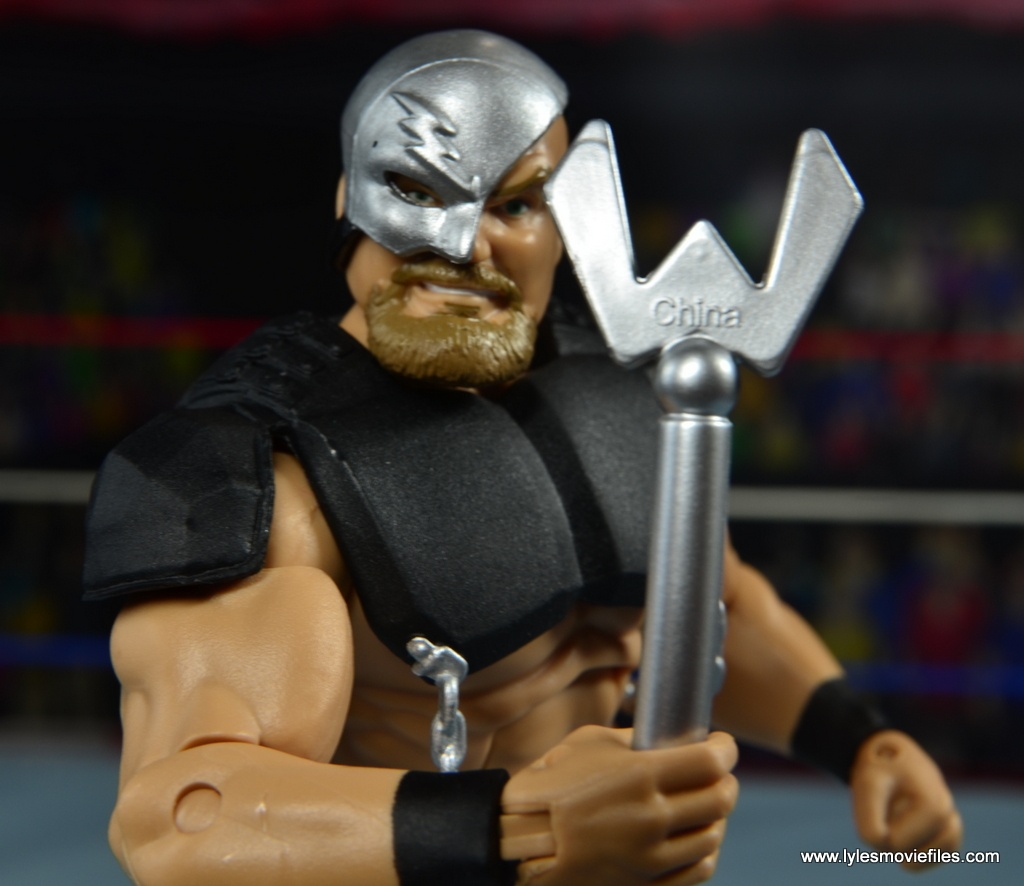 Worth it? Toys R Us had a very helpful sale going where Elites were $15.99. That’s a great price for this line, which is still a fair market value at the standard $20. He’ll eventually hit lower than that, but for the future of oddball Flashbacks, I definitely recommend getting him now.

He might not have been the most dynamic and memorable superstar of this era, but Warlord definitely is a welcome addition to my collection especially when it’s done this well. 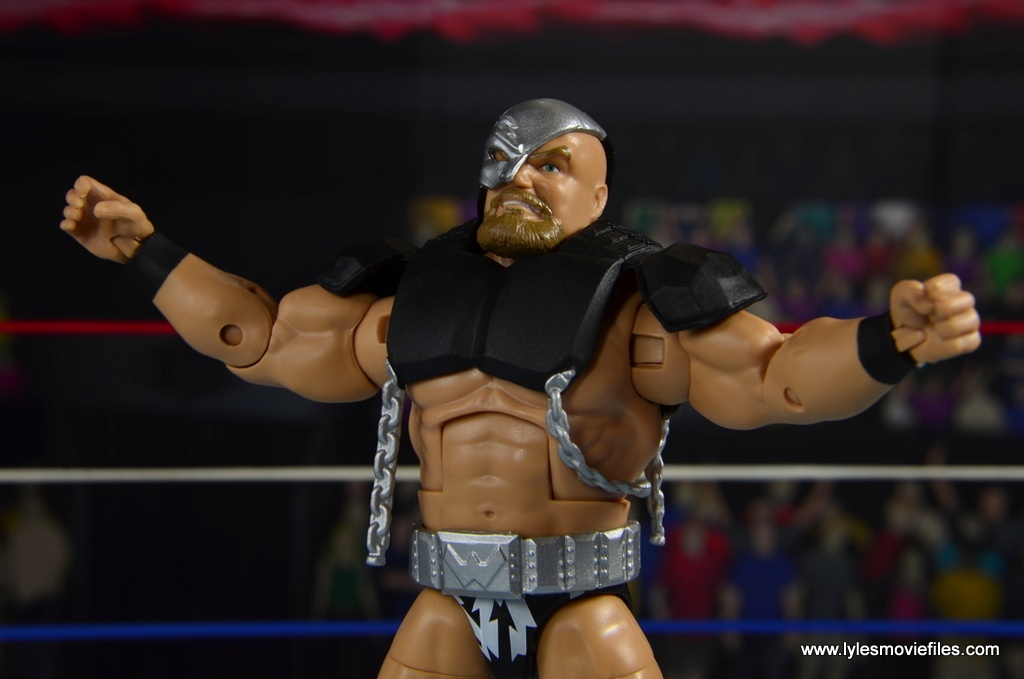 Where to get it? Toys R Us and Wal-Mart have had this series in stock for awhile. Target is still behind and as usual, Amazon has him readily available.