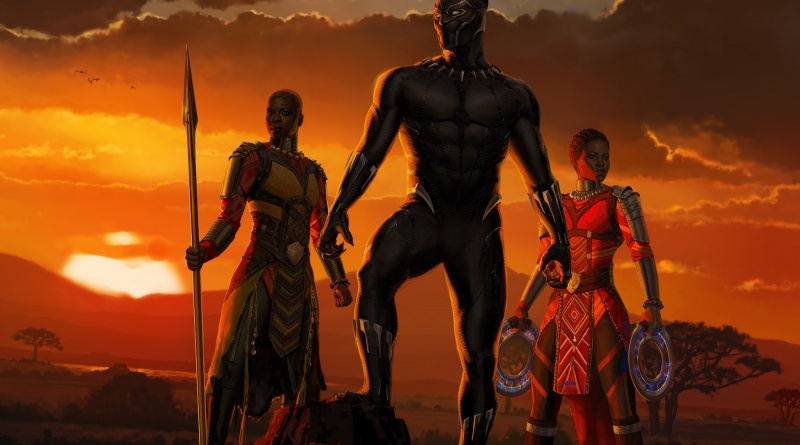 As if folks who couldn’t make it out to D23 weren’t already kicking themselves enough for missing out on the event. Attendees got this sweet poster from Ryan Meinerding.

For the rest of us mere mortals, Meinerding shared it on Twitter with news on how to win a copy. The poster naturally shows Chadwick Boseman’s Black Panther front and center flanked by Okoye (Danai Gurira) and Nakia (Lupita Nyong’o).

I loved painting this #blackpanther poster for #d23expo Couldn't make it to the con? Follow me and retweet for a chance to win this poster! pic.twitter.com/FhvBoINqAg

I’m curious how much more cool stuff we’ll see and learn about Black Panther this week during San Diego Comic Con. Here’s a hint: Not enough.

After the events of Captain America: Civil War, King T’Challa returns home to the reclusive, technologically advanced African nation of Wakanda to serve as his country’s new leader. However, T’Challa soon finds that he is challenged for the throne from factions within his own country. When two foes conspire to destroy Wakanda, the hero known as Black Panther must team up with C.I.A. agent Everett K. Ross and members of the Dora Milaje, Wakandan special forces, to prevent Wakanda from being dragged into a world war.

My excitement for that is only slightly rivaled by all out geek hype train express for Avengers: Infinity War. I keep stalking YouTube for a legit version of the Infinity War trailer that was shown at D23.

Boseman had this to say about Infinity War

And here was the overall response from a lot of the cast:

I love this. Watch the Avengers (and Guardians) react to the #AvengersInfinityWar trailer that debuted at #D23Expo , via @Fandango pic.twitter.com/LzrBIpkSWA