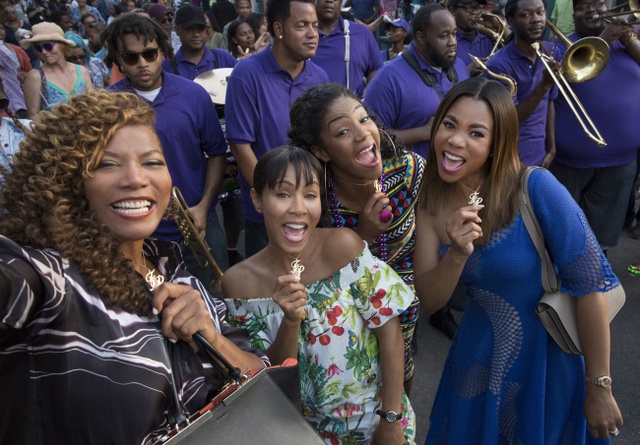 After watching Girls Trip, it’s a battle for second place for the funniest comedy of 2017. Nothing else is going to come close. But for as many laughs as it packs — and it’s a ton — this is a charming, winning film about love, self-worth and friendship. This is a truly complete comedy that has room to show some emotional depth in addition to nabbing most hilarious honors for the year.

As with most college friends, the members of the Flossy Posse have gone their separate ways. Sasha (Queen Latifah) runs a celebrity rag website. Lisa (Jada Pinkett Smith, Gotham) is picking up the pieces from her divorce. Dina (Tiffany Haddish) is still living on the wild side and Ryan (Regina Hall) is about to close a high paying gig based on her ‘You Can Have it All’ mantra and perfect marriage to former athlete Stewart Pierce (Mike Colter, Luke Cage).

But when Ryan is called to be the keynote speaker of the Essence Fest, she decides it’s time to reunite the Flossy Posse. Right away the chemistry of the four leads is obvious. Latifah has worked with Pinkett Smith before on Set it Off, which gets a cute reference here, but there’s a genuine sense of camaraderie that can’t be faked. 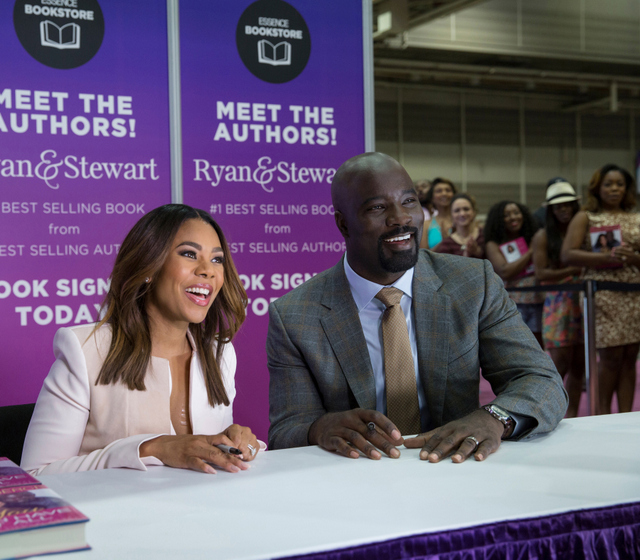 Things start off well for the ladies as they reconnect with old flames like Larenz Tate’s likable bass playing Julian and potential new ones in Malik (Kofi Siriboe, Queen Sugar). But the appearance of a certain Instagram model Simone (Deborah Ayorinde) threatens to derail everything.

There’s a certain sense of expectations for what kind of characters Latifah, Pinkett Smith and Hall would play, but they smartly go against their norm here. Pinkett Smith plays Lisa as a reformed wild girl now doting on her children. Latifah isn’t playing the group’s conscious and generally just kicks back and has more fun. And Hall easily fits into the role of a woman more focused on her brand than things going on around her. 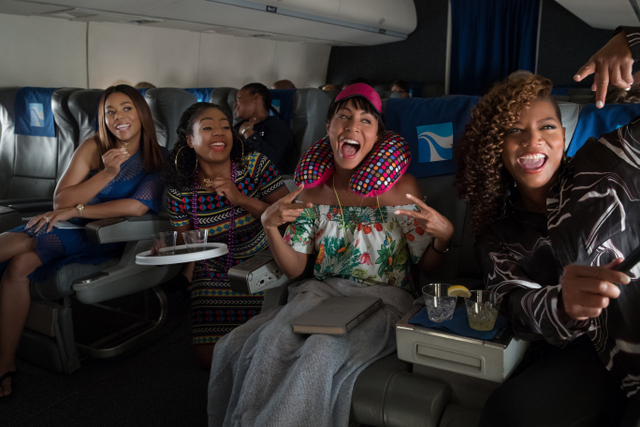 But of the foursome, it’s Haddish who makes the most of the spotlight. Haddish had a nice role in Keanu and as a series regular on The Carmichael Show, but save for maybe Gal Gadot in Wonder Woman, no other performance has been so revelatory this year.

I haven’t seen a performer have such a career changing breakout performance since Zach Galifianakis in The Hangover. Lee smartly gives Haddish ample screen time to work her dynamic charm and in a testament to her performance, Dina never becomes that grating, annoying character. Even in the film’s more serious moments, Dina crashes in to offer some perfectly timed jokes.

Since 2009, there’s been an effort to anoint the next Hangover. Some have come close, but Girls Trip might be the most worthy of that title. The script by Kenya Barris (Barbershop: The Next Cut) and Karen McCullah (Legally Blonde) is hilarious and filled with a slew of unexpected outrageous moments that weren’t spoiled in the trailer.

Setting the film in New Orleans with the Essence Fest was a smart call. That’s not a location that’s been over used in comedies — like Las Vegas —and makes for a fun backdrop. Not to mention the fun of all the musical acts like New Edition, P. Diddy and the Bad Boy Family, Maxwell, Common and Ne-Yo. 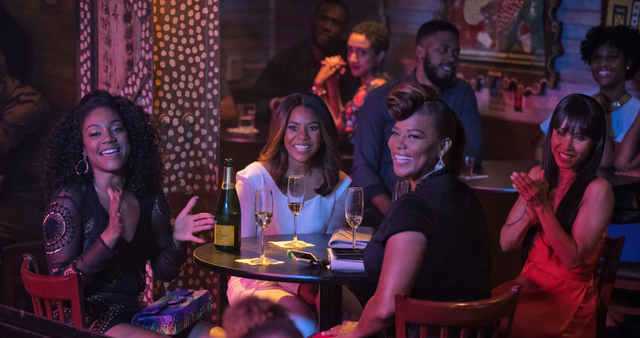 This is the latest film from Malcom D. Lee, who is venturing into can’t miss territory. The tight knit family structure of friendships he brought to The Best Man and The Best Man Holiday are evident. Lee has definitely figured out a winning formula for making black characters relatable and enjoyable beyond the typical target demographic.

Lee avoids divisive racial stereotypes for any demographic — Ryan’s agent Elizabeth (Kate Walsh) isn’t the constant butt of white girl jokes for example. Girls Trip is an inviting environment for all audiences. That also holds true for male viewers, who might generally consider this a chick flick with tons of male bashing moments. Girls Trip celebrates its female characters without trashing men.

Book a stop to the theaters to catch Girls Trip as it’s the most rewarding comedy in years.