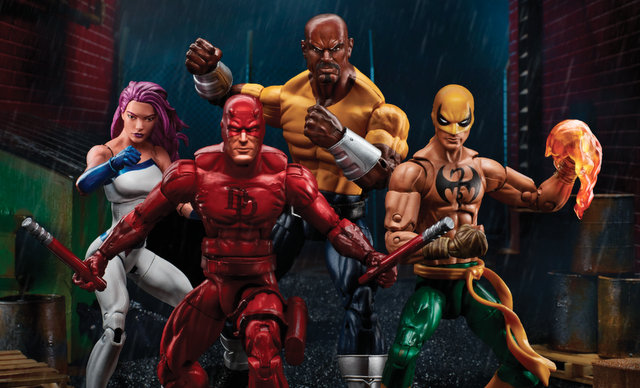 Watching Hasbro’s panels are always fun. But there’s something very satisfying about getting the official Marvel Legends promotional pictures.

This was an interesting year in the sense that Hasbro held off its usual assortment of announcements to have something to show at other conventions. I’m anticipating HasCon to include a number of big time releases since this is the first year of Hasbro’s official convention.


That doesn’t mean Hasbro came to SDCC empty handed. While they have no juice in the comics, the Fantastic Four got some needed love. We were shown the Mister Fantastic figure, which looks every bit as good as the Invisible Woman. I’m hoping we get a flamed-off Johnny Storm at some point. With the Inhumans getting a new show, Madusa is getting a more classic Frightful Four style costume in a Walgreens exclusive.

The Thing wasn’t shown, but a regular FF ally/rival Namor was shown in his signature speedo look. Black Bolt also gets an update and like Namor, will be part of the Black Panther movie line. Black Panther doesn’t have a massive rogue gallery, but I’m hoping Hasbro doesn’t fill his line with random characters.

Turning to Spider-Man, he’s got another interesting series. I’m not a big fan of Gwenpool or another symbiote. That’s Hasbro’s answer to DC Classics lanterns. The BAF is Lizard, but I’m not sure I want to replace my existing one. Spider-Punk is a cool Spider-Verse addition and Mysterio is a must buy.

With the Defenders series set for Netflix, Hasbro was on it with the release of a box set. The set includes Iron Fist, Daredevil, Jewel and Luke Cage. I’ve been waiting on a new Luke Cage figure so this set is useful for him alone. 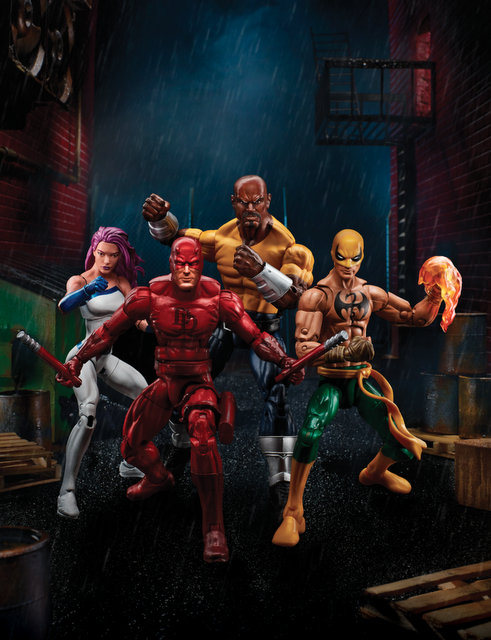 Deadpool gets his own series and it’s filled with classic looks for Deadpool and his buddy Cable. Domino was also revealed. She looks great even if this isn’t her original X-Force look. Rounding out the reveals were X-23 and Deathlok. Both figures look really sharp. 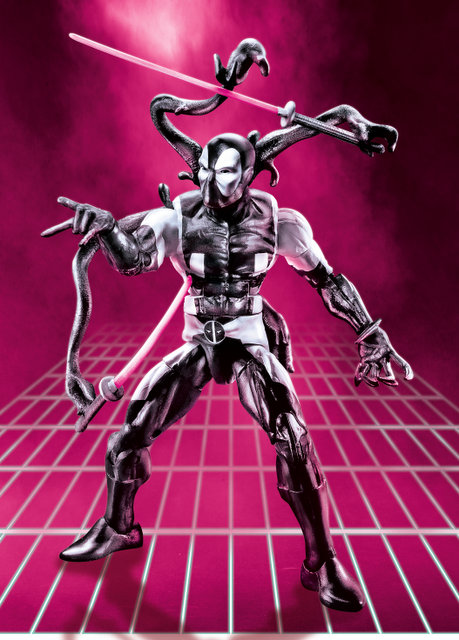 Hasbro is working on a new couple of series. The first is a new spin on the Legendary Riders line. It kicks off with Black Widow and Ghost Rider.

Next up is a tribute to the 1990 Toy Biz line. I wish the carding matched up better with the original. And that Black Widow had a different head than the Mary Jane Watson one from the TRU exclusive set. I was really pulling for a Tiger Striple Wolverine here. I want a brighter default Spider-Man and the Cap with throwing shield effect is cool. I’m down for Iron Man since that’s a different armor.

Sizing up the 12 inch line gets some new additions with the movie Black Panther, Deadpool variants and Tiger Stripe Wolverine.