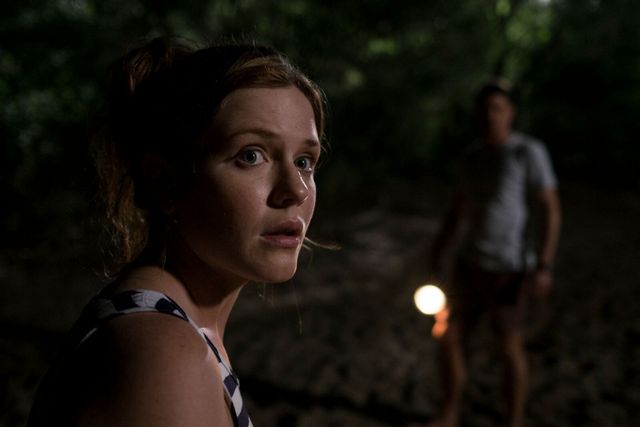 I’m not sure who the target audience is for Killing Ground, but I’m thrilled to not be part of it.

Maybe there’s a market for a film where an innocent family on a camping trip gets raped and killed. Hopefully it’s a small one, but there’s little entertainment value here for the typical moviegoer.

Director/Writer Damien Power sets up three subplots from various time frames reminiscent of Dunkirk. Initially, the time changes are disorienting, but Power eventually connects them in a clever fashion.

A couple (Harriet Dyer and Ian Meadows) is out on New Year’s Eve to celebrate the next level of their relationship. Two immediately unlikable and sketchy brothers (Aaron Glenane and Aaron Pederson) size up everyone from the police officer to two girls out partying as fresh meat. And finally, a family goes camping for a relaxing getaway.

As the link to the other subplots, the family has the most important arc. Rob (Julian Garner) and Margaret (Maya Strange) are trying to help their teenage daughter Em (Tiarnie Coupland) deal with her ongoing nightmares. 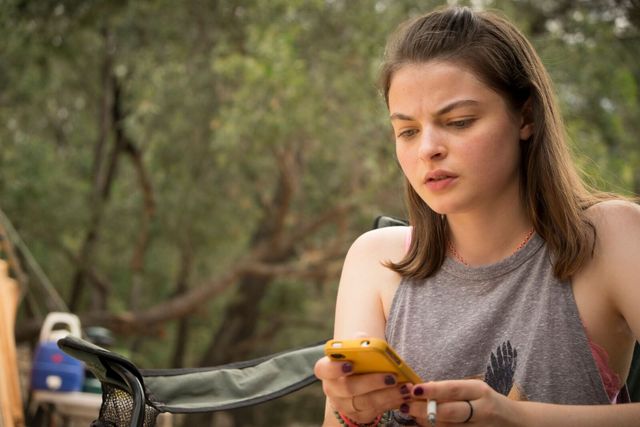 Em is refreshingly different from the average movie teen. She’s glued to her phone, but is otherwise happy and well-adjusted snapping away pictures of her family and their vacation spot. Their peaceful camp trip gets interrupted by some unwelcome visitors and things quickly go terrible.

Attentive viewers will catch the narrative twist early on and then it becomes a game of dreading the worst. On this front, Power doesn’t disappoint and crafts a scenario worse than most will expect. And this is the part when Killing Ground essentially becomes unwatchable. Not because of shoddy acting or terrible direction. It’s just unflinching in its shock value horror. There’s not an ounce of escapism in the film. 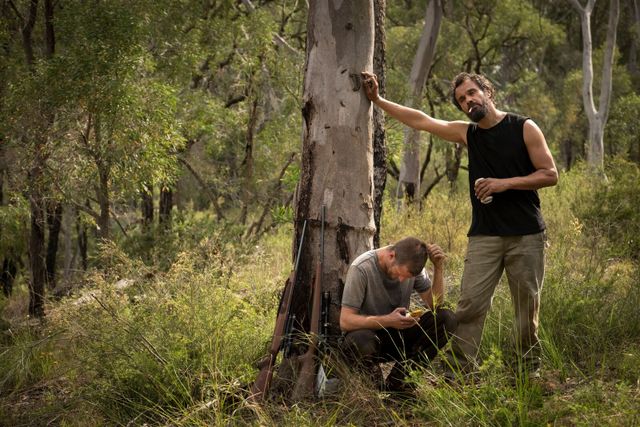 Character motives go unexplained for the sake of unpredictability being the greatest terror of all. The brothers are like wild animals, but randomly care enough about making mistakes to get sent back to prison. There’s also a weird underlined tone here that crazies in the backwoods just want to hunt boars and rape women. Just a shred of character development would have been useful in this instance.

Power stretches the last act for the sake of suspense, but he takes illogical shortcuts to put the couple in danger. Given the circumstances, their actions are highly unlikely and comes across incredibly stupid. It makes sense for a character to run away after getting a quick jump on a horror movie bogeyman. That’s not the case when they get the upper hand on a regular person especially after wounding them.

For most of the film Power does a solid job of not insulting the audience, but the last act is frustrating just to drag the movie out. It really goes off the rails in the final 15 minutes, which is about 20 minutes past Killing Ground wearing out its welcome.

There’s a competently movie made in Killing Ground, but its excessive cruelty doesn’t make for an experience worth enduring.