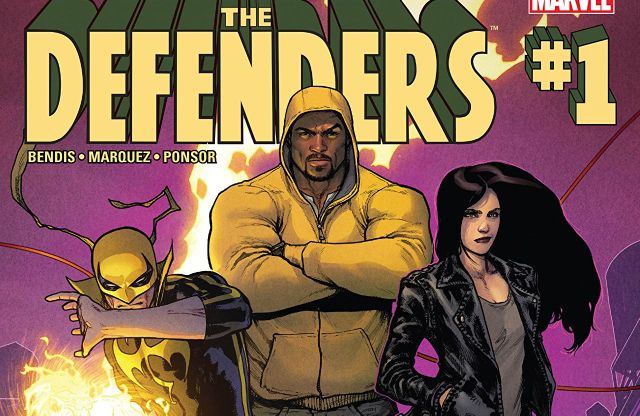 Netflix was nice enough to make available the first half of Defenders. That was more than enough to pique my interest in the series. Seeking to take advantage of the excitement from the new series, Marvel is releasing a new Defenders series. Since I rarely review Marvel Comics, I figured I’d check out The Defenders #1.


Brian Michael Bendis makes a homecoming of sorts on this one. He made his Marvel bones with phenomenal runs on Daredevil and Jessica Jones. Bendis also strongly pushed to make Cage an A-lister in Marvel by making him a core member of the New Avengers. While I wasn’t the biggest fan of his stint as Marvel’s prominent event writer, Bendis has never struggled with the street level characters. Bendis’ dialogue heavy style works best in this environment and not so much with The Avengers.

Defenders #1 is smartly catered to readers interested in the characters and not decades of continuity. For those whose only experience has come from the Netflix shows, this is one of Marvel’s more accessible books. Not a whole lot happens this issue, but this is a solid primer for what to expect.

Daredevil, Cage, Jessica Jones and Iron Fist aren’t even teaming up to start the issue. But when a threat hits home, the four quickly decide their best course of action is working together. Bendis has danced with the Avengers, X-Men and Guardians of the Galaxy all to a high degree of success. There’s something about his work with these characters that works much better than Bendis writing everyone like a quip-spitting Spider-Man. 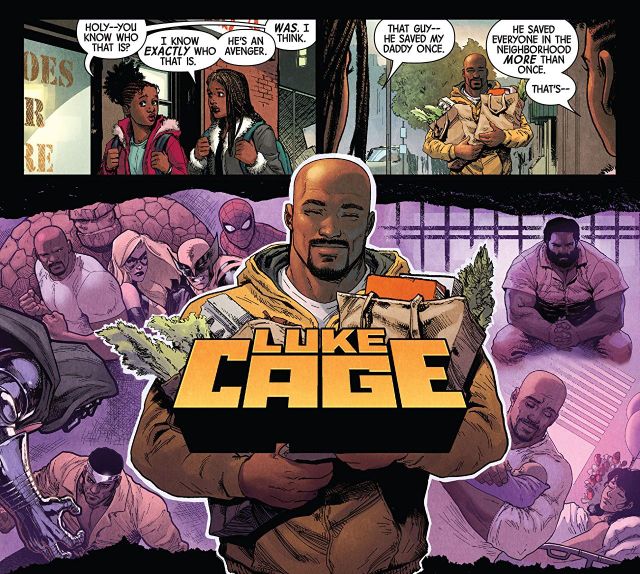 David Marquez’s art is nice and clean. Marvel Knight characters occasionally tend to get more stylized artists on their titles, but for a mainstream appealing title, Marquez’s pencils are very pleasing to the eye. The layouts fit the tone of the story nicely.

Maybe a little surprising, Marvel didn’t use Defenders #1 as a platform to introduce/re-familiarize readers with other characters. Adding a fifth member to a team squarely in the Marvel Cinematic Universe spotlight seems like a savvy move. There’s another longtime Marvel character rolling around, but they seem poised to be more of an enemy than ally.

There’s a six page ‘interview’ with Cage to further pad out the issue. This is helpful for newcomers, but it doesn’t justify the $4.99 cover price. That’s my biggest complaint though. If the book stays at the same quality as Defenders #1, I’ll be along for the ride long term.