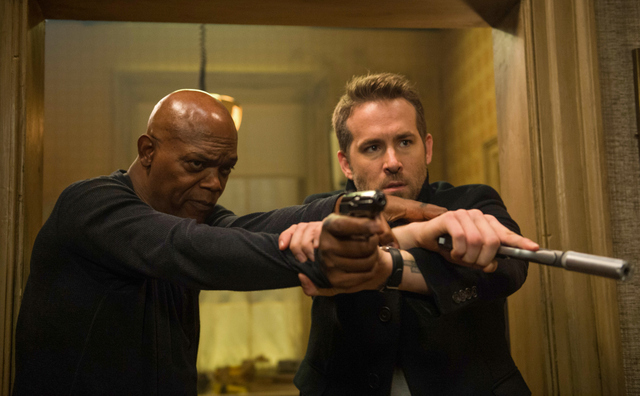 There’s something satisfying about a film that meets your expectations. The Hitman’s Bodyguard thankfully doesn’t try to be anything more than a crazy action comedy built solely on the chemistry of leads Samuel L. Jackson and Ryan Reynolds. In some cases — like this one — it’s more than enough.

Hitman’s Bodyguard comes the closest to challenging Girls Trip as my favorite comedy of the year. That’s almost completely due to Jackson and Reynolds delivering at such a high level. 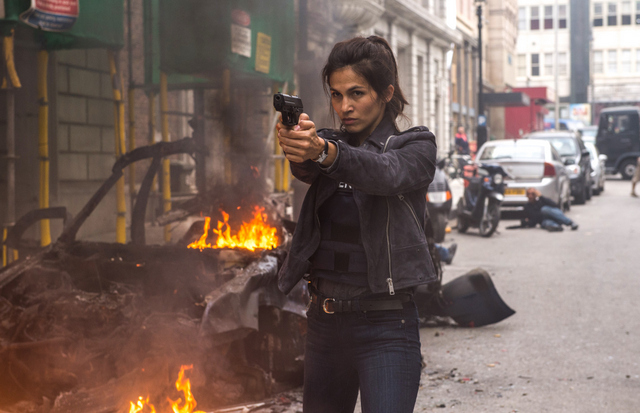 Bryce and Kincaid have a long history as well, but they’ll have to put their differences aside in order to get to Kincaid’s day in court. Provided they don’t kill each other first.

We’ve seen twists on this dynamic before with Rush Hour, 48 Hours, Lethal Weapon, etc.  A stuffy, uptight guy is paired with a quip-spewing, fly by the seat of his pants partner. Hitman’s Bodyguard has enough fun with that formula to feel fresh.

Jackson and Reynolds play off each other like they’ve had a long on-screen partnership. They handle Tom O’Connor’s very funny script with ease.

Right down to the unflinching violence and quips, Reynolds was just shy a red and black costume from this being Deadpool 1.5. I love how the film’s principal characters have deep roots with comic book films with Yung a key figure in Netflix’s Defenders, Jackson from the Avengers franchise and Oldman from The Dark Knight trilogy. 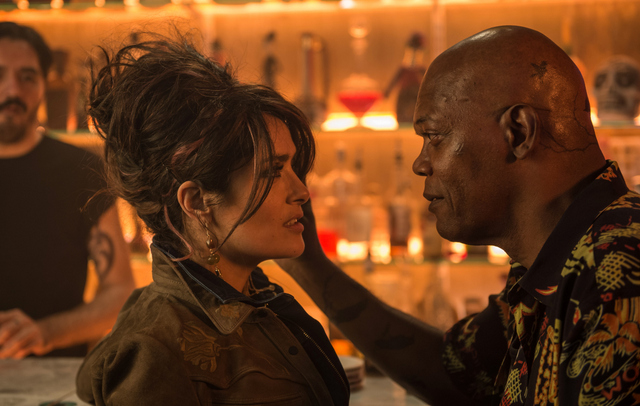 Jackson has been so versatile he rarely feels like he’s playing the same character twice. Kincaid might climb the ranks quickly of one of my favorite Jackson performances. It doesn’t hurt that he seems to be having a blast too. Salma Hayek (Grown Ups 2) plays off type as Kincaid’s hyper violent wife, Sonia. Hayek doesn’t have a lot of screen time, but maximizes those minutes to have a scene stealing supporting role.

The only thing that threatens the fun is the ongoing identity crisis. Is it this jokey action comedy a la the Rush Hour series or a brutally vicious action film with some comedy elements?

Director Patrick Hughes occasionally tries to make the film a follow-up to his last project, The Expendables 3. Hughes shows why he landed The Expendables gig with some insanely ludicrous action sequences. The problem is they’re staged like a straight action movie complete with tone-altering violence. It’s hard to go from laughing so hard your sides ache to wincing when characters get shot up in an ultra serious manner. 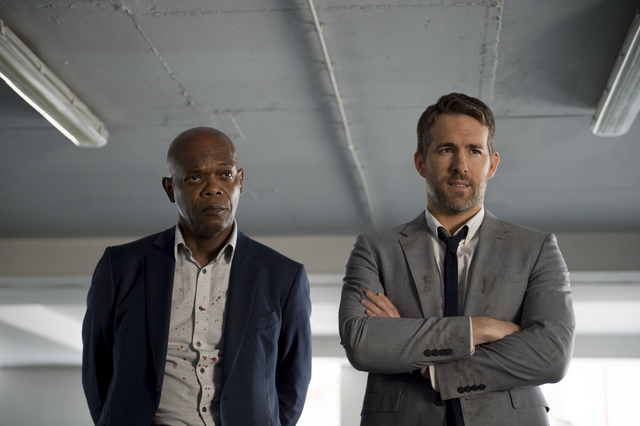 Hughes likes his action scenes though and they frequently overstay their welcome. They’re staged well, but really all anyone watching will want to see is the comedy banter of Jackson and Reynolds.

It’s ironic that the summer blockbuster season essentially wraps with a movie that works best without the shootouts, explosions and action. With two pros like Reynolds and Jackson the best thing to do is let them run the show and keep the laughs rolling. Even with the at times indulgent action scenes, Hitman’s Bodyguard is terrific and a great way to cap off the summer movie season.