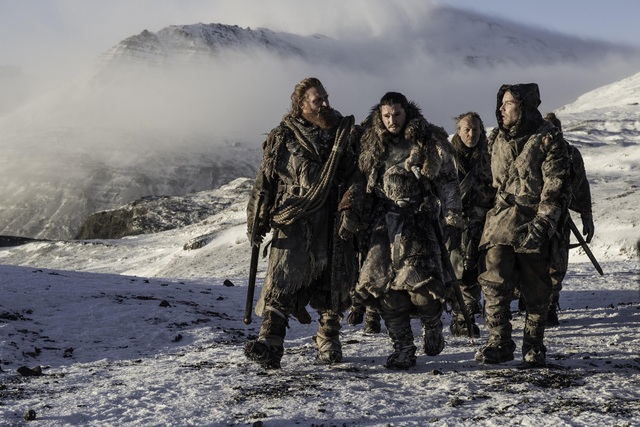 Beyond the Wall did little to help decide which episode of season 7 is the standout. Just when it seems like some of the previous episodes earn the crown, here comes Beyond the Wall vying not just for season best, but series best. There was a lot of amazing wrapped up in this 66 minute episode.

Let’s get the easy stuff out of the way. I’m not sure where the Arya and Sansa subplot is going just yet. Is Arya going to determine Sansa’s loyalty to the family using Littlefinger’s face? Or will Sansa take the aggressive approach and send Arya to the dungeon? Maybe he’s beyond sibling rivalry, but it would be nice for Bran to actually help his sisters out here. They seem headed for a senseless conflict. 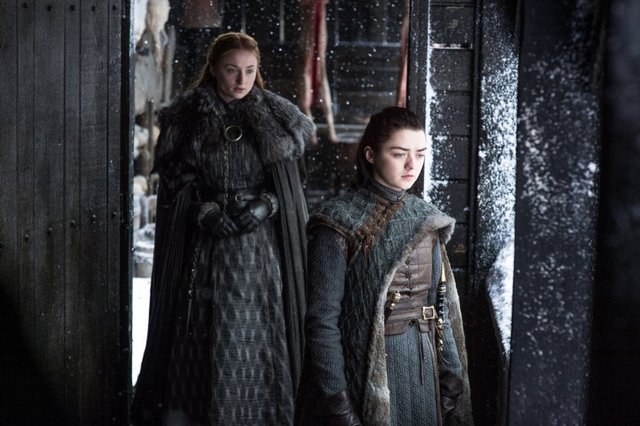 Daenerys probably needs to put out a Help Wanted sign for a new Queen’s Hand. She never wants to listen to Tyrion and seemingly has little use for his advice. Granted, talking about successors in the midst of a war seemed a tad presumptuous.

Like Hardhome and the Battle of the Bastards, the heart of this episode revolved around our boy Jon Snow. It’s almost hard to remember in the pre-Red Wedding days when Jon subplots annoyed me. Now he’s by far my favorite character.

Jon’s Fellowship of the Light was on a suicide mission of grabbing a white walker and taking it back to King’s Landing. Beyond being a suicide mission, it was also straight up stupid. I loved the slow build up with the various conversations among the party. If HBO is taking spin-off suggestions, please add Tormund & Sandor ‘The Hound’ Clegane along with Jaime & Bronn. These two immediately made for a fun pairing.

Jon tried to give Jorah his father’s sword, but Jorah suggested Jon hand the sword to his children. Family legacy was a major ongoing theme this episode. Daenerys had to ponder hers with her inability to have children without scales, Sansa and Arya considered how they lived up to their fathers and Jon thought for the first time of a future beyond the wall.

While I would have rated this one highly with just these random conversations, the action picked up. Not with a cave troll, but with dead bears packing a serious bite. What’s the Westeros version of redshirts? A few Wildlings got picked off here and Thoros — Beric’s priest and head resuscitator — got munched on, but managed to survive.

The idiot plan almost worked out with the Fellowship ambushing a walker squad and capturing one. But in addition to being a biter, he was a yeller and that alerted the rest of #TeamWalker to come after Jon and company. Apparently being a blacksmith helps one’s speed as Jon sent Gendry off to send a raven to Daenerys. 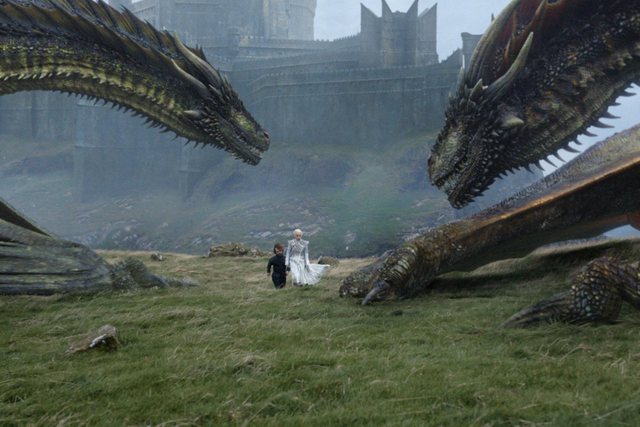 Jon and crew managed to fight off the walkers thanks to a crumbling frozen lake. No worries, the walkers and the Night King have no problem waiting them out. Sadly, Thoros can’t stand the cold and dies. Then, Clegane makes things worse by showing the lake isn’t as weak as originally thought. In fairness, tossing rocks at walker jaws did seem like a pretty fun way to kill time.

Can Daenerys arrive in time with the dragons? You better save your co-star Clegane! And I kinda want a blazing sword now. If not, I’ll take a trio of dragons. Daenerys is back to save the day and get another awesome tide turning moment. This was so good I won’t quibble over how quickly the ravens from The Wall arrived at Dragonstone and how lightning fast Daenerys arrived.

It’s crazy how it’s just been a few episodes since Daenerys unleashed the dragons, but it still felt just as impressive. Maybe because the stakes were higher since all the Wildlings fodder was killed and I didn’t want to see any of this crew become walker food tonight.

The patience in not having Bronn’s spear kill a dragon paid off here as the Night King channeled his inner Serpentor and chucked an ice spear to kill one of the dragons. Not gonna lie, I had a minor lump in my throat on this one. Jon tried to buy time for the others to escape and nearly got drowned. I appreciate the immediate pay off to show Jon still alive. Just as the walker rally for another attack, Uncle Benjen (remember him?) showed up. This guy has played Obi-Wan Kenobi just keeping an eye out on his nephews and ready to make the save whenever necessary. 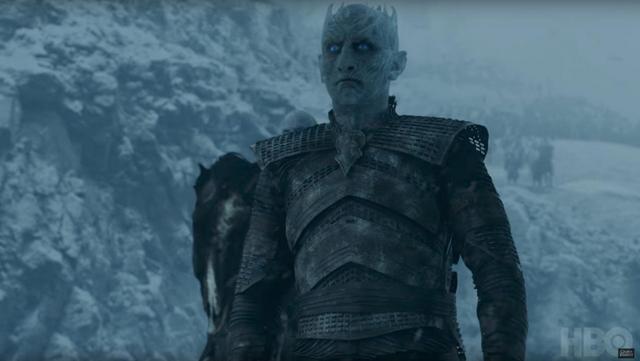 Jon makes it back to The Wall (and Dany) and agrees to bend the knee. I’m rooting for Jon, but this was definitely an earned moment for Daenerys. The loss of one of her children stripped away her cocky, entitled attitude. Now she’s ready for war against the Night King. But, he’s whipped up a new secret weapon as he uses his magic powers to make Daenerys’ dead dragon a member of the white walkers. Uh-oh.

Beyond the Wall keeps the series tradition going of the penultimate episode of each season being incredible. This entire season has delivered to a high degree and this could be the best one yet.