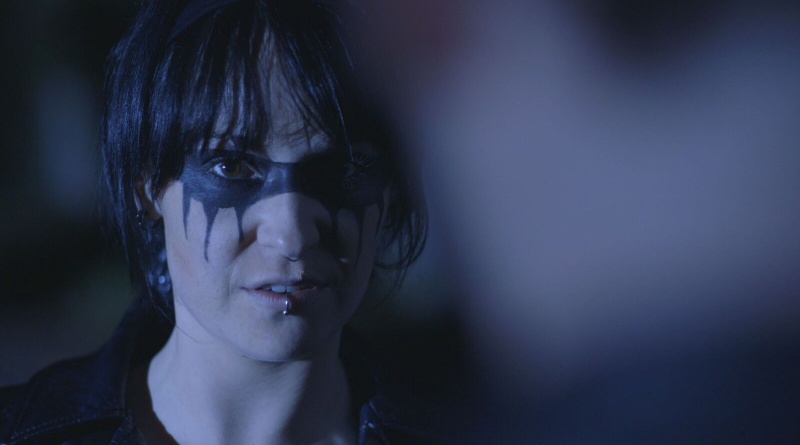 Demon Hunter might be one of the most pleasant surprises I’ve seen all year. With a bigger budget? It easily could be a credible franchise if given the opportunity.

It was hard at times not to view the film as the extended pitch to secure more financing. With this initial effort, Director/Co-writer Zoe Kavanagh’s passion project easily proves worth the investment. Demon Hunter would definitely play to the audiences who’ve made Underworld such a successful franchise.

Structurally, Demon Hunter is set up like a more hardcore superhero origin movie. Kavanagh and co-writer Tony Flynn borrow some elements from Blade, Buffy the Vampire Slayer and Evil Dead.

Through flashbacks, we learn how Taryn’s sister got kidnapped and killed. Even with wigs sporting younger hairstyles, Hogan can’t really pass for a teenager. But to her credit, she’s convincing enough thanks to a significant changes in her posture and line delivery. Vowing revenge, Taryn aligns with the decidedly shifting looking Falstaff (Michael Parle). Never mind that Falstaff clearly seems like the devil incarnate, Taryn is down for revenge at all costs.

Before Falstaff and his cult can finish converting Taryn, she’s rescued by a band of freedom fighters. With a portion of Falstaff’s powers, the demon fighters see Taryn as the ultimate weapon against evil. Taryn becomes The Thing That Darkness Fears – The Demon Hunter. Not bad for a catchphrase. When Beckett’s daughter gets kidnapped, Taryn has to confront her arch-enemy one final time.

That’s a fun premise and Kavanagh and Flynn deliver on it. There’s a depth and character development that makes the characters more accessible. It helps that the cast provides strong performances. Even with a couple of subpar performers, Demon Hunter could have struggled, but there’s no obvious weak link. Hogan and Talbot are especially strong. There’s a noticeable amount of world building suggesting Kavanagh and Flynn are optimistic about sequels.

In the best case, those would include bigger budgets. Kavanagh makes an impressive directorial debut with a firm command of her vision. Occasionally, that leads to some cheaper looking visuals like an over reliance on filters to simulate night and an abundance of red filters in Falstaff scenes.

Action sequences tend to be shot too close to the actors to make out what’s happening. I suspect that’s largely to distract from the lackluster demon costumes and masks. Those are the film’s biggest flaws, but it comes across more like Kavanagh making do within her budget as opposed to being a poor filmmaker.

There’s not a lot of CGI, but what is included, looks decent without looking overly fake. The score was also strong with smart choices to appropriately fit the mood. 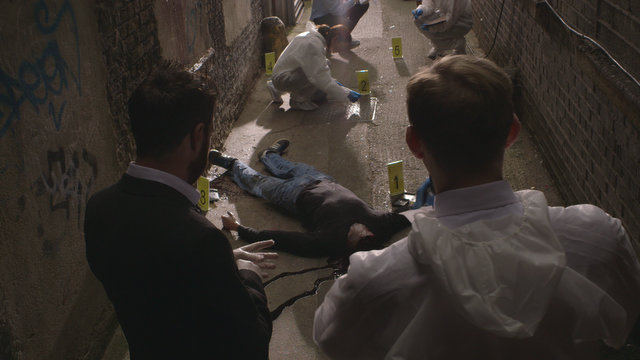 Kavanagh only has a pair of short films lined up, but hopefully she follows up with another film. Or even better the next Demon Hunter installment. There’s a lot of potential here worthy of exploring.