Whatever issues I have with the current product, WWE deserves credit for being the only entertainment product with no break. In honor of Labor Day, I figured it was an ideal time to honor WWE’s Top 10 hardest working professionals.

Being a garbage man is a smelly job. For Duke, joining the WWE was the one gig even filthier. But for any good trash man, that’s just an opportunity to roll up their sleeves and get to work. Occasionally, ‘ol Duke got confused and ended up dumping trash on his opponents.

Hockey fans agree, the team enforcer is a necessary and not-so glamorous role in the NHL.  Typically the enforcer is the team’s tough guy, which made sense that The Goon thought he could hang with the WWF’s best. 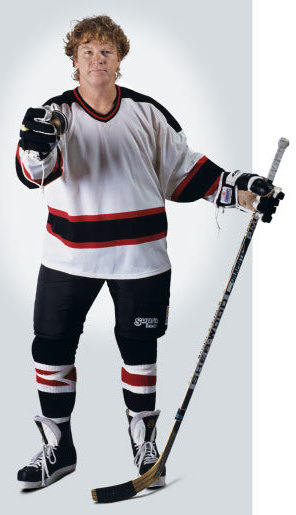 Unfortunately, he quickly earned a permanent seat in the penalty box after constantly coming up on the losing end in his matches.

You wouldn’t think that being a NASCAR driver would be all the helpful in wrestling, but Sparkplug Holly learned to run circles around opponents in the ring.

Too bad he debuted before the Attitude Era. During the WWE’s hottest period, he might have been able to zoom into arenas with his race car.