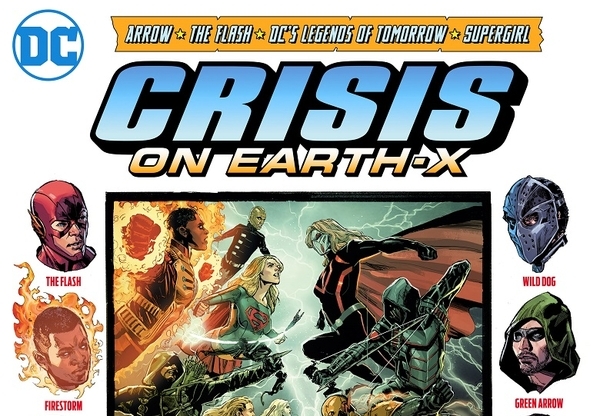 Remember back when I got ridiculously bored and predicted a CW Crisis on Infinite Earth? Maybe I was actually on to something as the CW announced this year’s four show crossover will be a Crisis. Just on Earth-X.

I’ve gotta think that specific Earth is no coincidence. CW is debuting a show of fellow Freedom Fighter, The Ray, on its animated CW Seed wing. Maybe like Vixen, this crossover will be the avenue where we see a live-action version of the character. Actually, looking closer at the cover shows Ray right in the mix with Supergirl, Arrow and Firestorm. Of course, Captain Cold and Prometheus look to be on the cover as well and they’re both no longer with us…

In the special cover designed by Phil Jimenez, Barry Allen and Iris West look to finally be getting married. That’s a big enough event to warrant a four episode crossover anyway. There’s no chance Supergirl would miss the chance to sing at Flash’s wedding. Kidding. I hope.

‘We conceived this year’s crossover to be evocative of the annual Justice League/Justice Society crossovers we grew up with and looked forward to as kids,’ said Executive Producers Marc Guggenheim and Andrew Kreisberg in a statement. ‘Phil was the perfect choice to bring the comic book cover iteration of this idea to life. You can count on one hand the number of artists who could compellingly represent so many characters in a single image. Phil is one of them. And his design invokes the cover of JUSTICE LEAGUE #207, which was the 20th Annual JLA/JSA crossover. Our ten-year-old selves are in heaven.’ 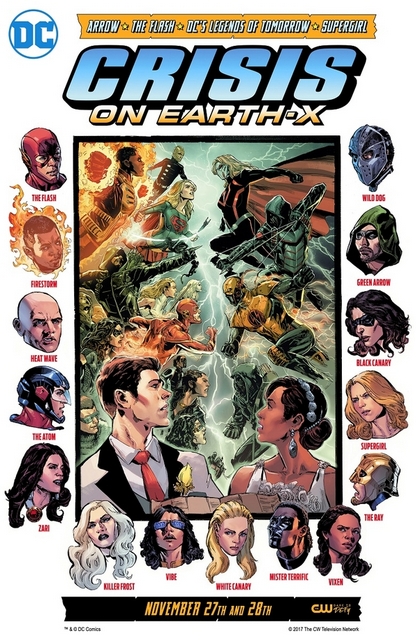 Jimenez clearly took inspiration from those early crossovers as well. ‘Some of the first DC Comics I ever read were those insane crossovers with a dozen characters from alternate earths and dimensions—the kind of stuff I later became known for!’ he revealed. ‘So when CW asked me to do an homage cover inspired by those amazing team up covers, I couldn’t resist, the chance to draw all of The CW’s DC Super-Heroes in one crazy action sequence was insanely fun and exciting. And Romulo Fajardo’a colors brought everything to life!’

While the crossover will take part through four shows — Arrow, The Flash, Legends of Tomorrow and Supergirl — it will only air two nights. Call it an extra reason to be thankful as it will air the Monday and Tuesday after Thanksgiving. So hopefully you’ve recovered from Cyber Monday (shop at Toys R Us!!) by then.

This setup causes some wonky scheduling for the CW. Arrow is moving to Thursday, but will have a special one night only on Monday. The Flash and Legends of Tomorrow, which air on Tuesday, will have their regular schedule.