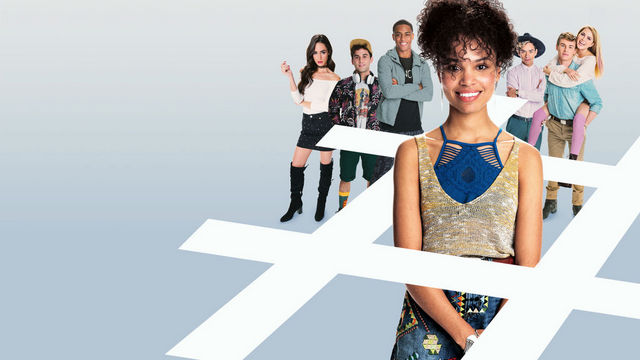 Ready for a reality check? She’s All That arrived in theaters 18 years ago. Mean Girls isn’t far behind with a debut 13 years ago in 2004. That’s more than enough time for #RealityHigh to liberally borrow plot themes and scenarios. Provided it finds the audience it deserves on Netflix #RealityHigh will likely be held in the same esteem for Millennials as its influences.

#RealityHigh roughly follows the same arc as the Rachel Leigh Cook/Freddie Prinze Jr. 1999 film. Dani (Nesta Cooper) is a classic overachieving geek. She destroys the curve by acing tests, is committed to causes greater than getting lit and has one friend in fellow social outcast, Freddie (Jake Borelli). 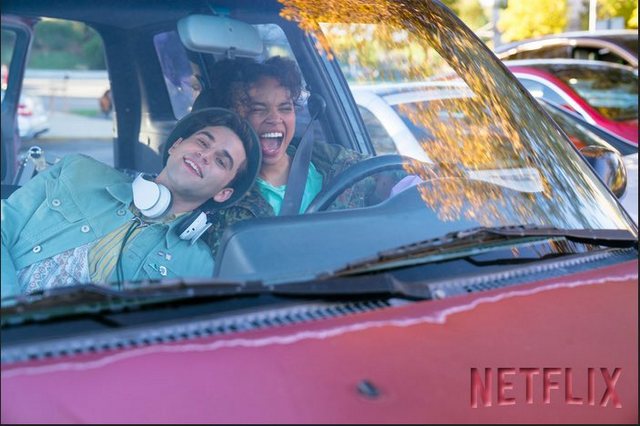 Cameron (Keith Powers, The New Edition Story) is on the other side of the pecking order. He’s an Olympic level swimmer dating viral self-made YouTube and Instagram star Alexa Medina (Alicia Sanz). Cameron knows Alexa only cares about her brand, but has gotten comfortable dating the It Girl. But there’s something about Dani he finds fascinating. Will these two crazy kids get a shot at love? It’d be a quick movie if they stayed pals, but #RealityHigh also explores Dani’s need to fit in with a fun Mean Girls homage.

While the plot is familiar, the screenwriting trio of Hudson Obayuwana, Jana Savage and Brandon Broussard add some thoughtful updates. Online bullying, the addictive qualities of social media and discovering one’s true self all get addressed in a realistic manner.

There may be the occasional goofy bit of a dialogue and a subplot with the principal (John Michael Higgins) and a disruptive student is silly, but the script doesn’t insult the audience just because it’s a teen romance drama. Characters behave like real people and don’t do stupid things just to move the story along. Even more refreshing is how the script goes against the norm. 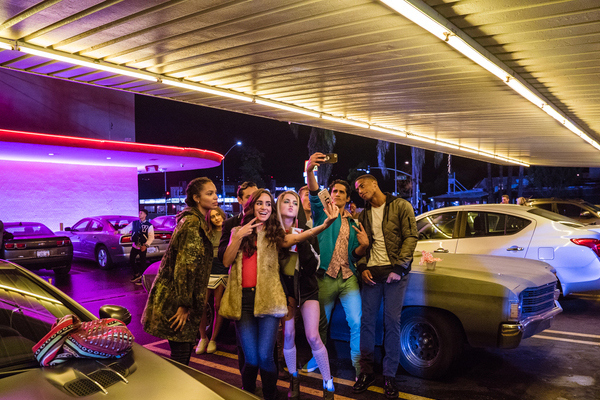 Cooper is impressive as she handles the transformation of nerd to like-worthy stunner without making one feel more natural than the other. Powers delivers some of his lines stiffly, but his earnestness carries him through some of the more challenging bits of dialogue. Sanz actually establishes some doubt as to Alexa’s intentions while Kate Walsh (Girls Trip) is fun as Dani’s veterinarian mentor. 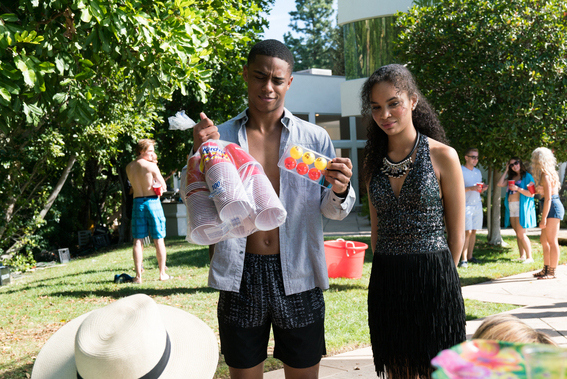 Save some random drug/alcohol use and the occasional curse word, #RealityHigh is a film that would help open up dialogue with parents and their pre-teen/early teen children. I really liked this one and it’s another hidden Netflix gem that does right by its influences and audience.