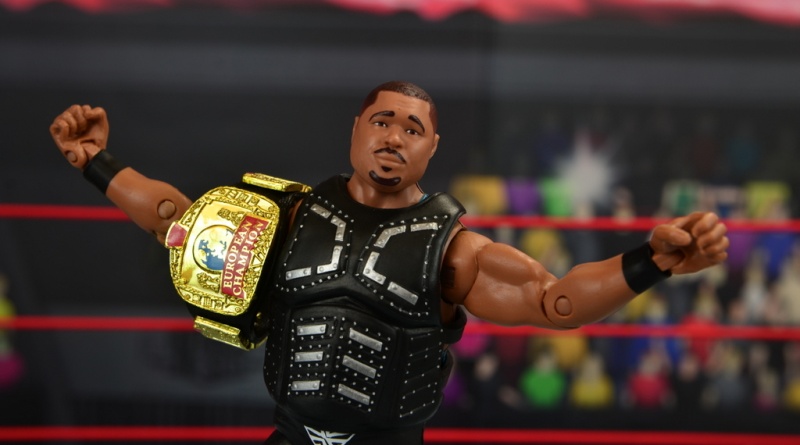 I’d become wrestling educated enough to know that the suit clad member of the Nation of Domination used to roll with The Gangstas in Smokey Mountain Wrestling. I was excited when he finally got a chance to wrestle as a core member of Farooq’s new Nation, one of my favorite WWE factions. D-Lo made the most of his time in the group and established himself as a solid mid-card star.

Mattel has been frustratingly slow in cranking out the rest of the Nation after the Farooq and Rock two-pack. D-Lo gets us to the halfway point and hopefully NOD versions of Kama and Mark Henry are in the works. For now, let’s get the low down on D-Lo’s figure.

Packaging:  We’ve got the standard Elite packaging. I like when Mattel switches the color scheme up as I’m tired of the red backdrop. D-Lo has the scratch logo so there’s no real distinction from the modern stars. 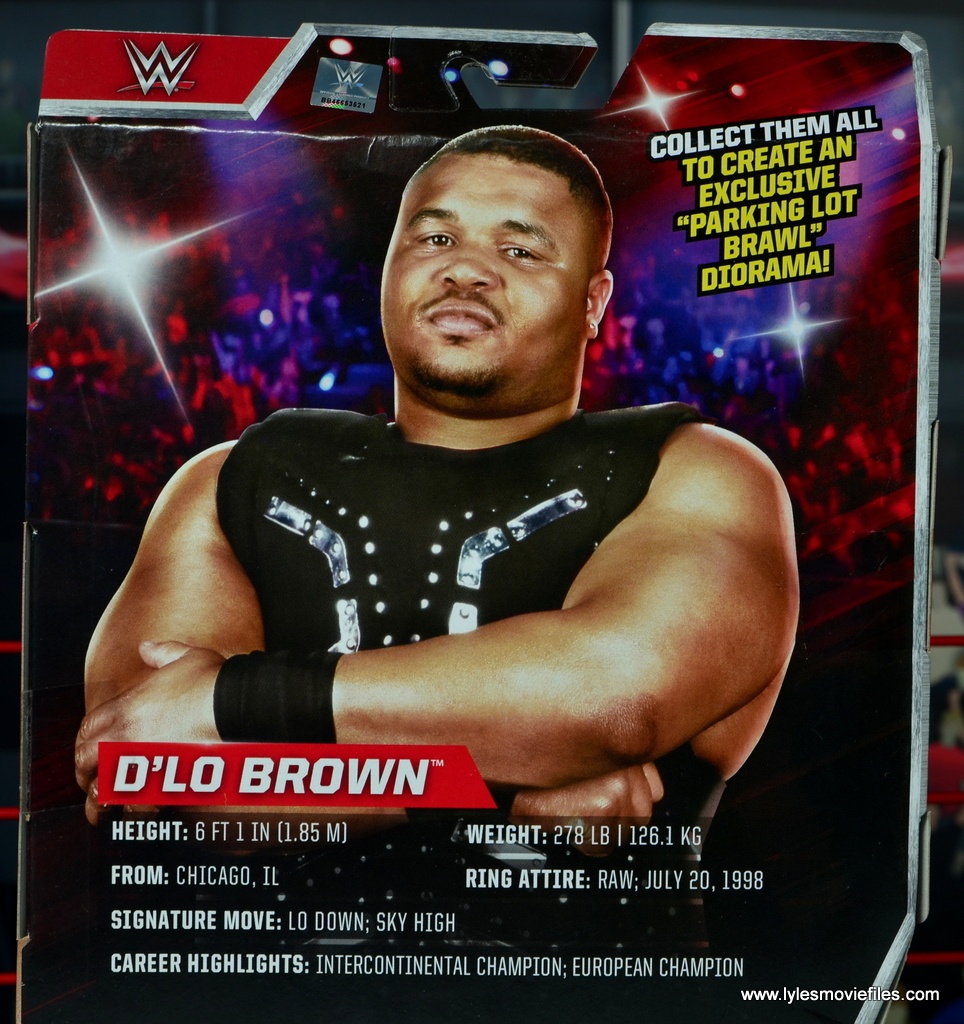 D-Lo is definitely a guy that would benefit from a bio if for no other reason than to explain his connection to The Rock. 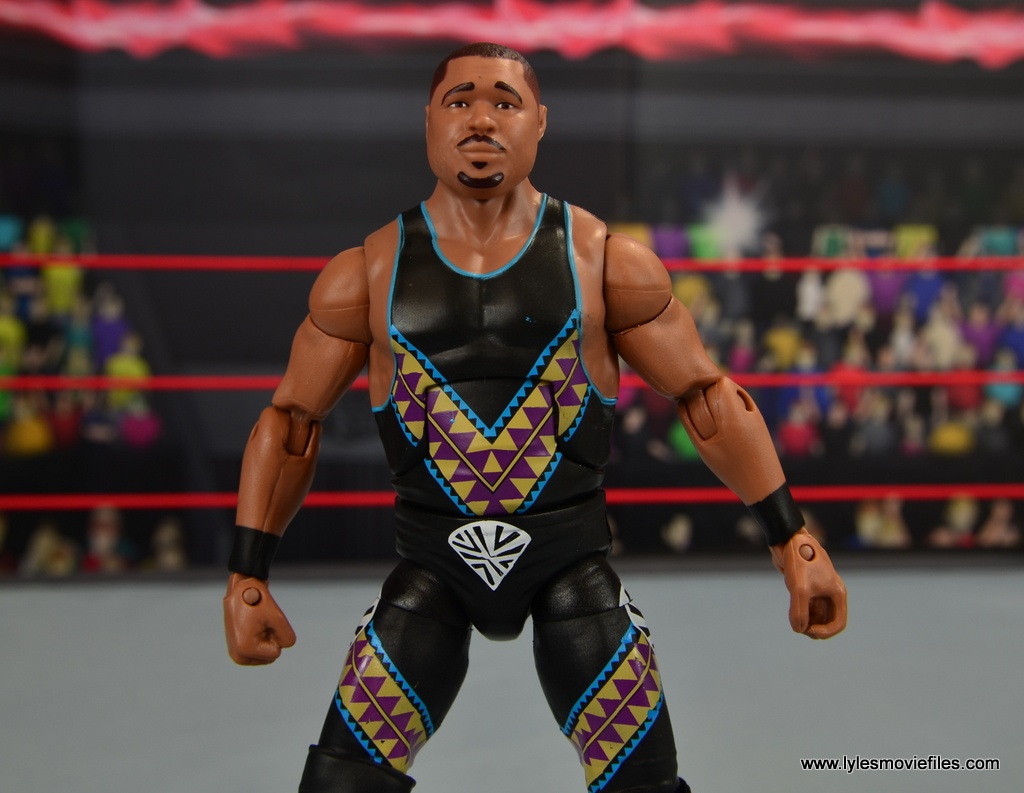 Likeness:  This might be one of Mattel’s best head sculpts this year. D-Lo has a great neutral expression and the sculpt captured his features well. He’s sized properly with parts that provide him the right amount of bulk. 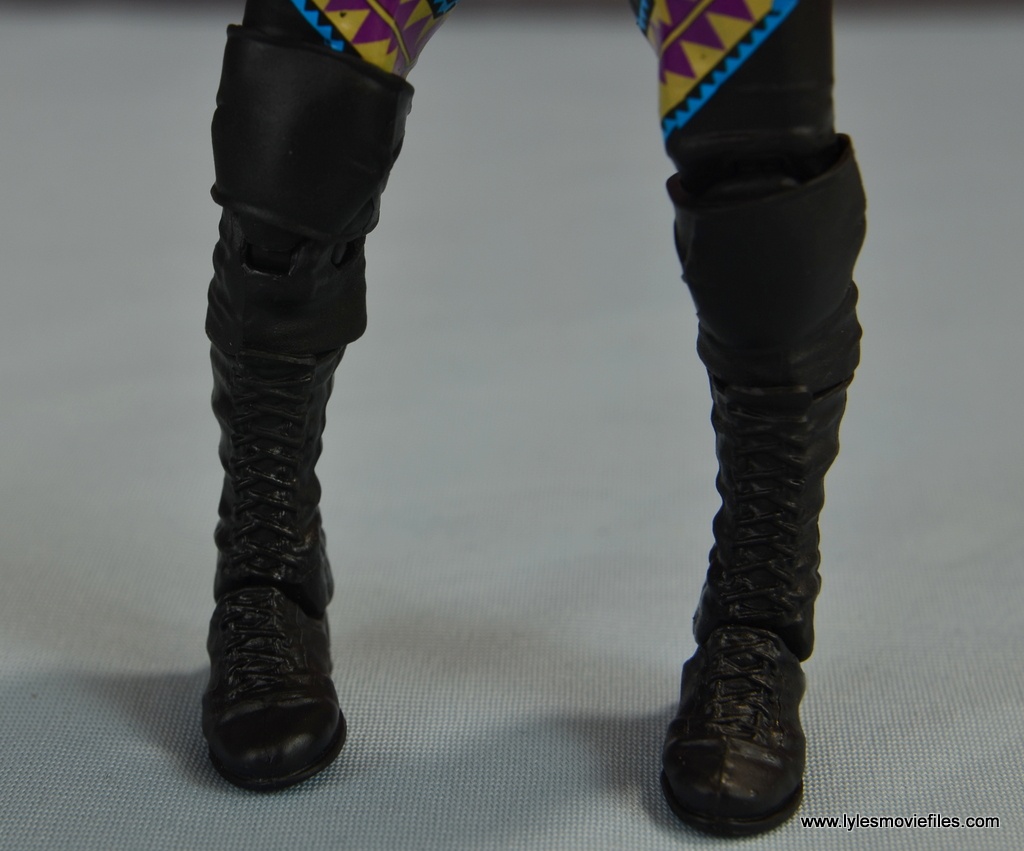 The only weird thing is D-Lo’s calves hang beyond the boots. It’s a small thing, but something Mattel should have caught in production. 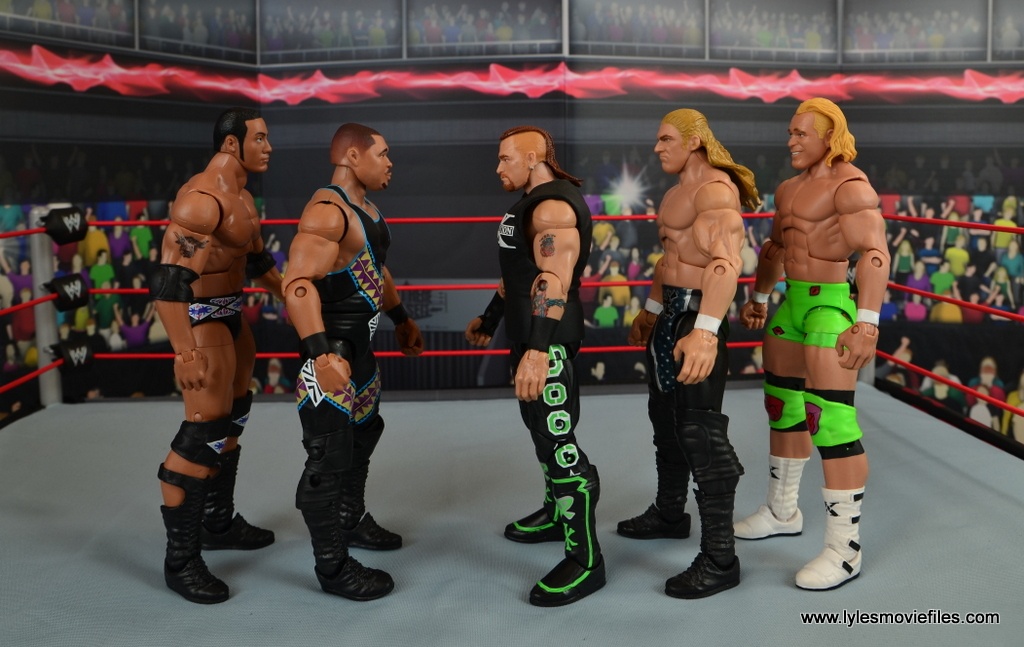 Paint:  The paintwork on the figure is really solid. D-Lo has an African print inspired pattern that is very clean. A lot of it is covered with the chest protector so occasionally I’m going to pose him with it off just to check it out.

This shouldn’t be a plus, but given how Farooq turned out it’s worth mentioning that D-Lo’s skin tone is accurate. I hope Mattel does some more Farooq/Ron Simmons figures to make up for what we’ve gotten so far. 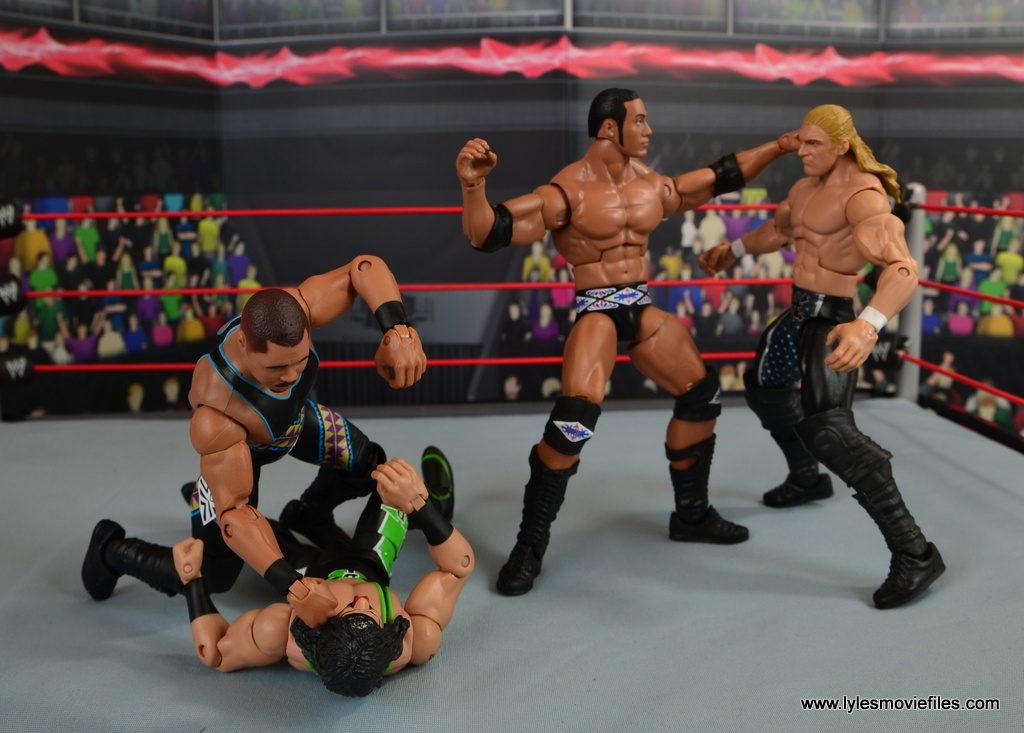 Articulation:  There’s not much you can’t do with D-Lo. Frog splashes and Lo Downs are achievable. I wouldn’t have minded if Mattel made a ‘action feature’ and left D-Lo’s neck peg a little looser than normal though. 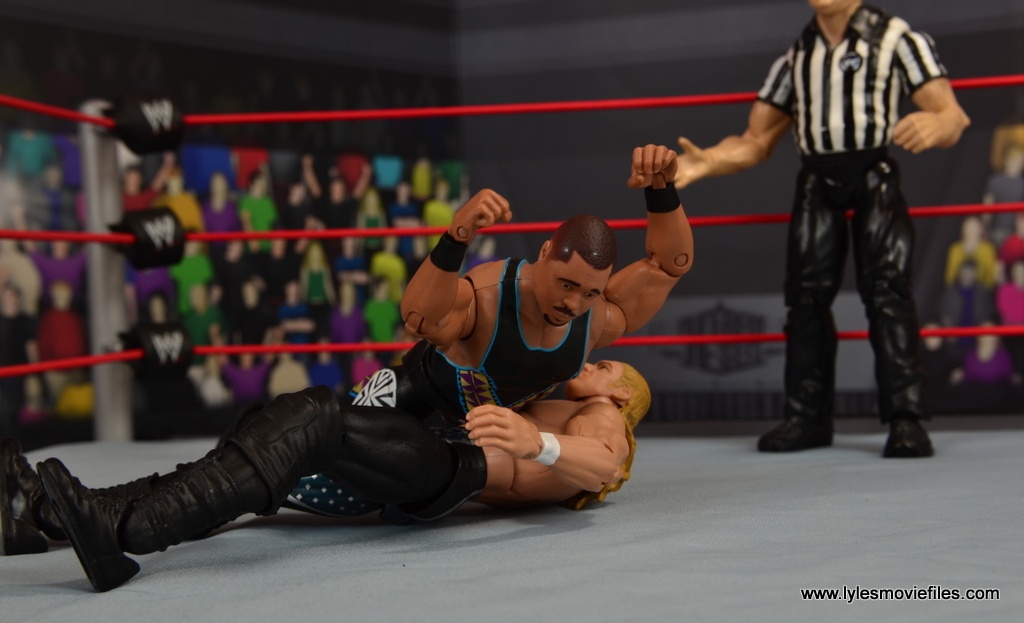 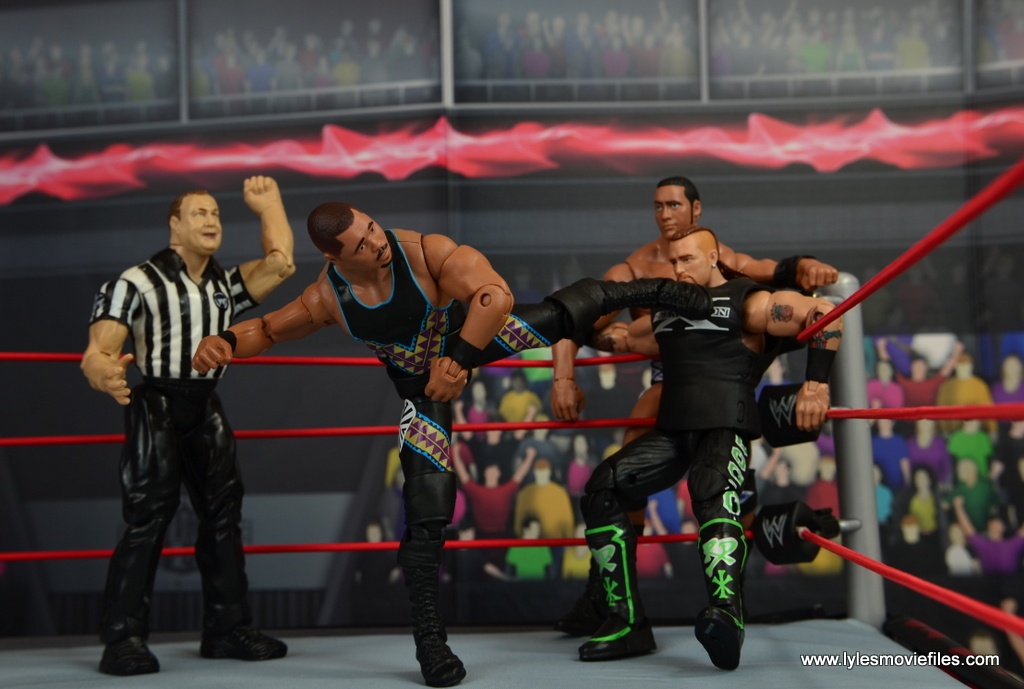 Accessories:  D-Lo is a rarity for Mattel in that he comes with all his essential accessories. He has the most important accessory — his chest protector. This was much needed protection after that dastardly attack by Dan Severn. Just in case D-Lo might need it from match to match. 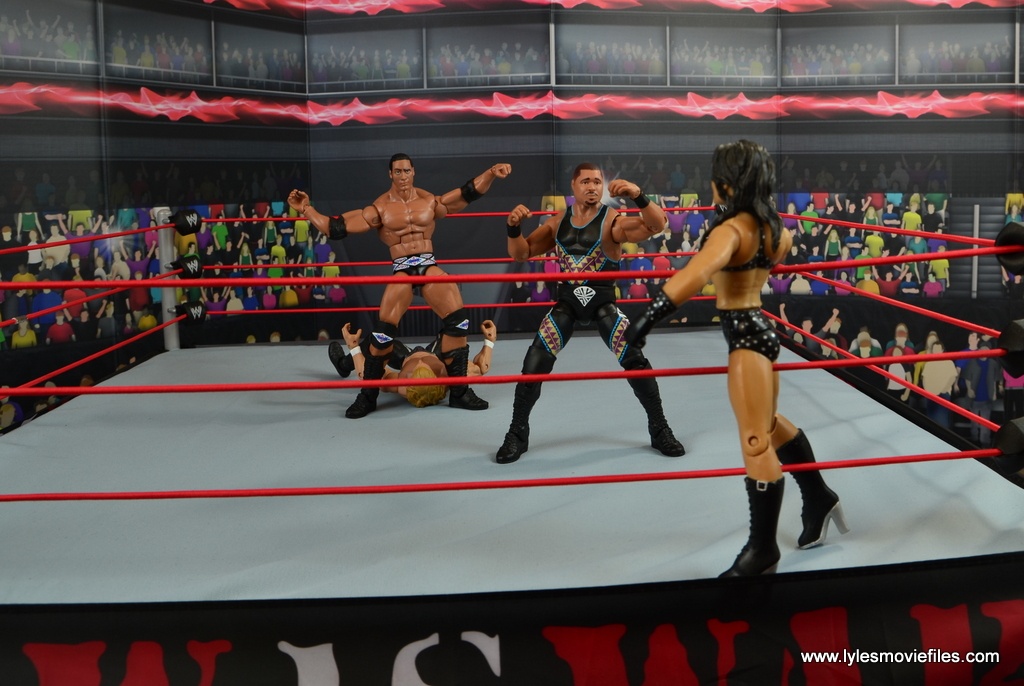 I appreciate that Mattel made it removable allowing for post Nation antics. It’s actually a dedicated sculpt and not re purposed from The Shield figures. 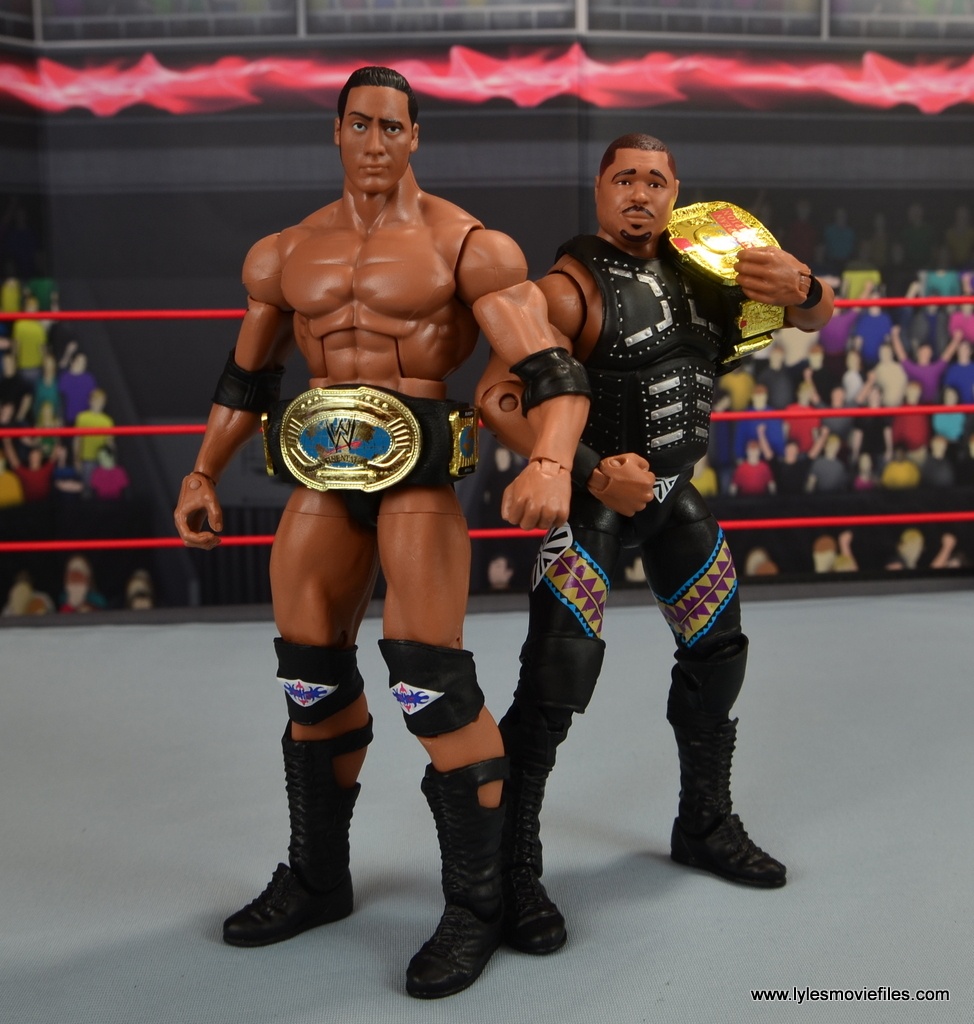 D-Lo also gets the European title. This was a vanity title for most stars, but D-Lo made it mean something. Mattel still hasn’t made a European title worthy of swapping out the excellent Jakks version. That’s not a big problem as I’d rather the figure be correct than the titles. He also gets the useless parking low brawl diorama. 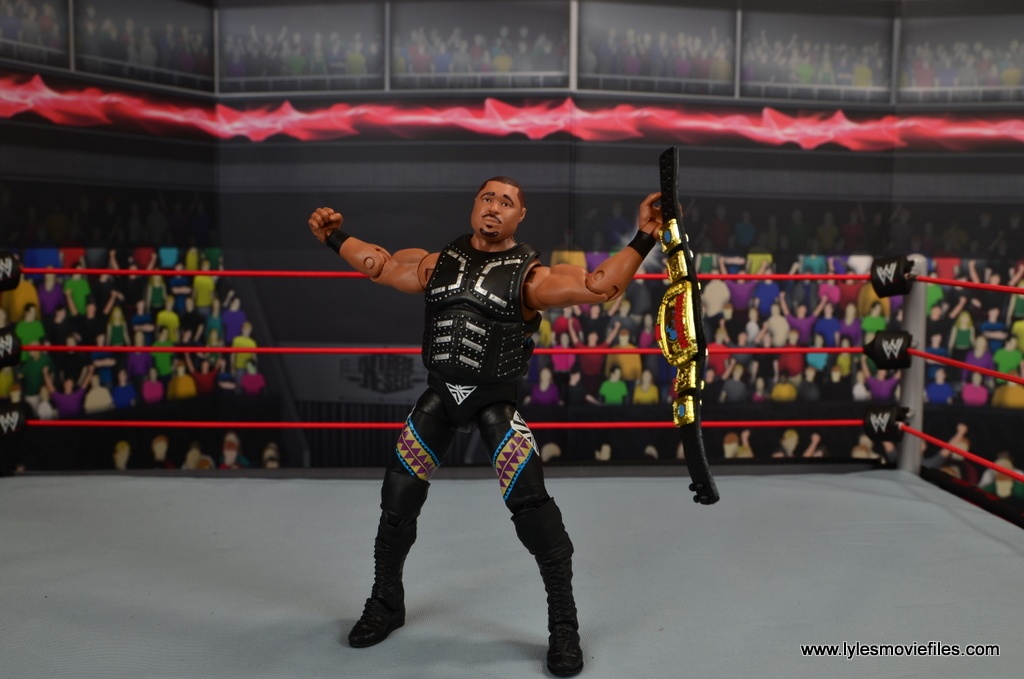 D-Lo gets me another step closer to completing The Nation. And he sets the bar high for Kama and Mark Henry versions. 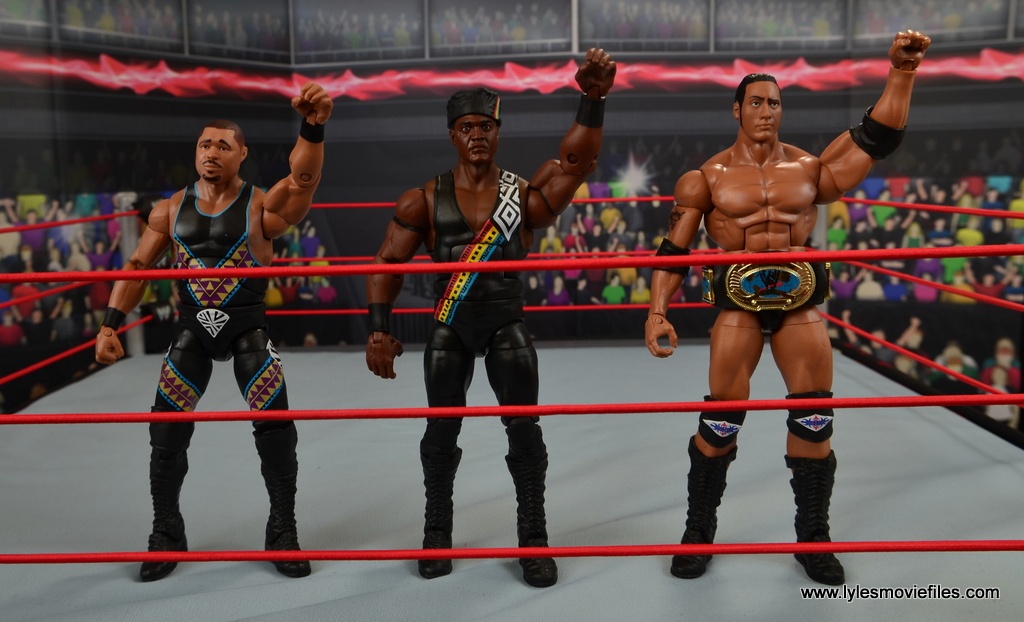 Where to get it? Amazon.com just got Wave 52 in stock as competitors like Toys R Us, Target and Wal-Mart are fully stocked with Wave 51. You can order him now from Amazon, but don’t forget every purchase probably means a lot for Toys R Us these days.