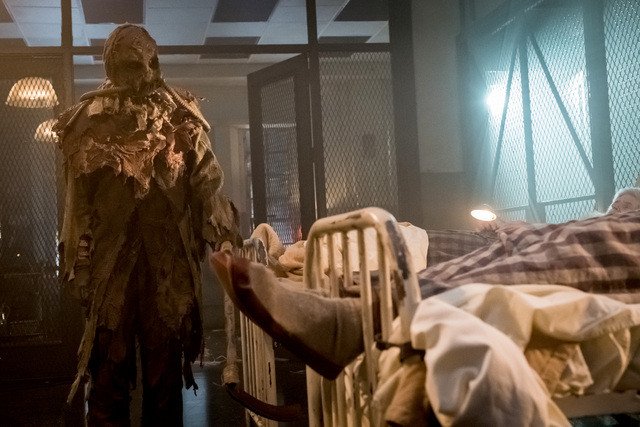 After a strong third season, Gotham is struggling to find its way early on in Season 4. The Fear Reaper had some good moments, but once again there’s enough problems to make for an inconsistent episode.

Jonathan Crane has fully given in to becoming the Scarecrow and goes after the dismissive Arkham Asylum warden. While there’s no huge difference with the fear victims’ visions, the warden’s clown nightmare was appropriately terrifying. Consider the other returning characters it almost seemed a waste not to have Joker make a cameo here.

The latest Arkham riot — the insurance rates on this place must be awful — prompts Penguin to grandstand and give Gordon a deadline to calm it down or he’ll stop it without a badge. I like Penguin, but this storyline is so nutty. Why does he care about keeping Gotham safe now? 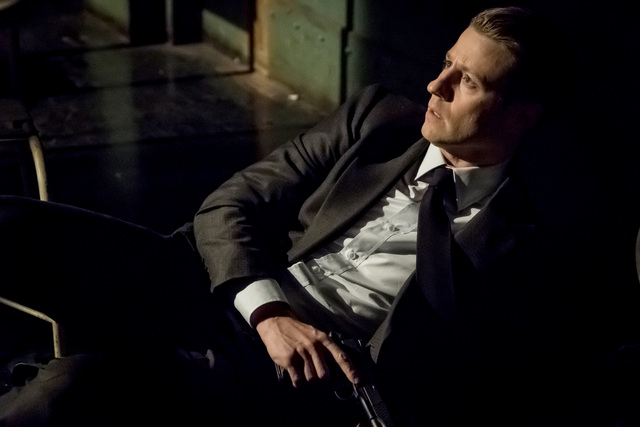 One consistent gripe I’ve had with Gotham is how the writers make 95% of the police officers cowards. It was silly hearing an officer whining about not being respected and risking their lives for nothing. Isn’t that what police officers sign on for in the first place? The GCPD has always been a crippling element to the show because they make Gordon look heroic by default.

This time Bullock didn’t want any parts of riding along with Gordon, claiming it would lose the force. If these losers can’t man up to stop a riot without worrying about people spitting on the badge, they already seem pretty lost, Harvey. Not to mention Bullock always comes off super weak following Gordon around all the time anyway.

Naturally, Gordon’s greatest fear is Lee killing herself over his screw-ups. This was a nice cameo and the best segment of The Fear Reaper. Gordon going in with no plan and hoping to fight off an entire insane asylum is idiotic, but that’s 100% Jim Gordon for you. And perhaps even sillier is his plan to try and strike up a new alliance with Falcone to take down Penguin. 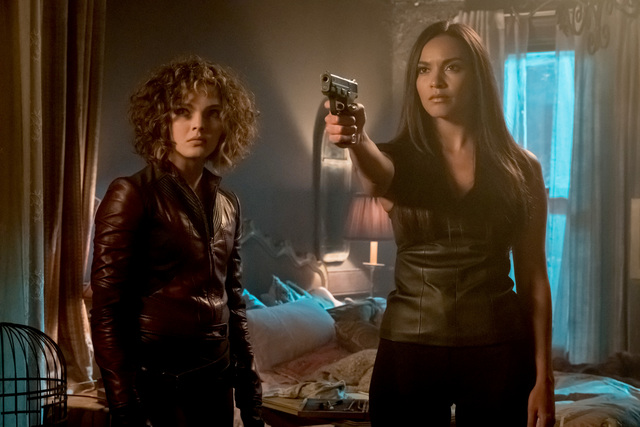 Selina and Tabitha learn Barbara is back sporting a bad Sia wig and no trace of her nuttier (read: more fun) personality. She’s immensely apologetic for killing Butch and wants to work with Tabitha and Selina on a new enterprise as the weapons suppliers for Gotham’s underworld. That’s not a terrible direction, but bringing Barbara back after two episodes and no explanation for her resurrection seemed incredibly lazy writing. Plus, it further underscores that death doesn’t matter on Gotham. I fully expect Bruce’s parents to come walking in any episode now at this rate.

I’m not sure if the writers know what they’re doing with Ivy anymore. Is she Team Penguin or not? Now, she wants more power and ingests a potion that makes her…tougher? I’m not sure if I care all that much what they do with her. 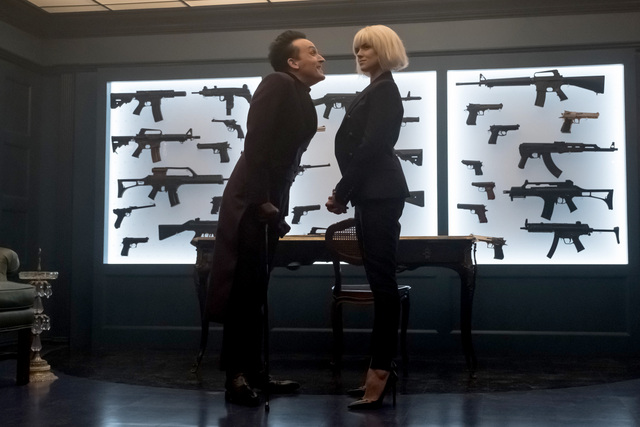 Bruce’s subplot once again proved interesting. Whether you agree with the decision to make Bruce becoming Batman already, it’s the most sensible and thought out subplot so far this season. Alfred is already starting to sound familiar in not wanting to watch Bruce kill himself. And Bruce is slowly starting to exhibit more standard Batman tricks like using a makeshift grapple to escape from crooks.

Even Lucius Fox gets in on the action making Bruce a ‘mountain-climbing’ suit. I’m glad the writers are maintaining the sentiment that Lucius is no idiot when it comes to Batman. This new suit makes Bruce look more like Midnighter than Batman, but it’s his Batman ver. 1 outfit. 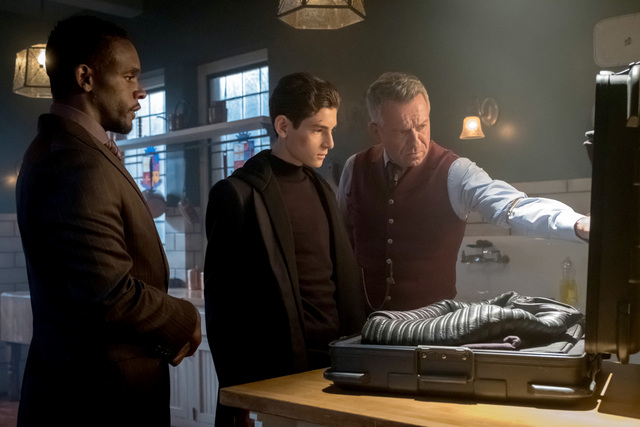 The Fear Reaper continued Gotham’s early rough start. My inner Batman historian is perturbed about Bruce’s accelerated Batman journey, but it’s been the consistent best aspect of the show. Barbara’s sudden return was disappointing and Penguin again seems aimless. Hopefully things can get back on track soon.