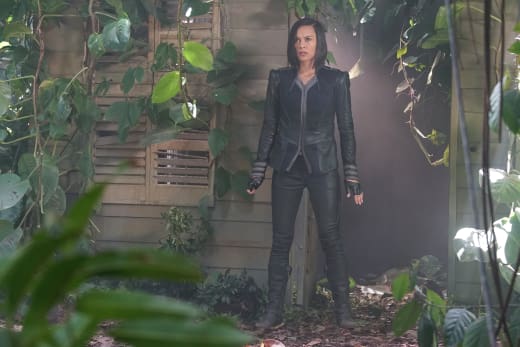 Divide and Conquer further made the case against the Inhumans as appointment Friday night TV. Why? There’s tons of reasons, but the biggest is the show runners don’t understand what makes them fascinating characters in the first place.

Inhumans are at their best when it’s the Royal Family dealing with threats within and without their home world. Basically turning the plot of the first Thor film into an eight-episode season isn’t the best way to make these characters appealing. With Agents of SHIELD laying out so much of the groundwork, why not just set up a war with the Inhumans on Earth and the Royal Family with Maximus playing both sides?

What the show is offering thus far is little reason to invest in any of the characters … except Crystal and Lockjaw since they’re actually competent.

After taunting Maximus and revealing his location, Gorgon is ready for war with the Inhumans Death Squad. Auran leads a group of specialists, including a masked Inhumans who’s basically Cyclops with an attitude. The quips and puns don’t make a lot of sense for this character who everyone fears like he’s walking Pestilence. But despite his battle prowess and an alliance with ex-soldiers turned surfers, Gorgon decides to fight them honorably. Instead of…using his shockwave to get them off guard and gaining the upper hand. The Gorgon/Auran fight was moderately better, but still suffered from slow motion.

At least Gorgon had some action. Karnak manage to stumble onto a trio who’s running a marijuana cabin. This whole subplot kept getting increasingly sillier from the stereotypical sympathetic female arguing with her brutish allies and Karnak wanting to stay with them since his powers are broken. The series assumes the audience had a greater sense of connection to the characters beyond these three episodes. Maybe this plot of the separated Inhumans would work better for the second season after we’ve come to care and invest in them. At this point, we know so little of Karnak he just comes off melodramatic.

Medusa also suffers from a frustrating subplot. The scene with her talking to the ATM was eye-roll worthy. If the Inhumans have items like clippers, headphones and apartments, why are they so baffled by other similar technology like an ATM? Those logistical inconsistencies are very annoying. Medusa manages to break into a house and steals some cash and clothes and thanks to a newspaper, knows where to find Black Bolt — in prison.

In prison, Black Bolt makes an unlikely ally in a fellow Inhuman, who helps him escape on behalf of Dr. Evan Declan. I think Henry Ian Cusick (Lost) is slumming big time on this series, but at least he’ll make the Black Bolt scenes better. And just to tease this big reunion, just as Medusa arrives at the prison, Black Bolt is flying off. Now Medusa makes her human connection as she forces that annoying scientist to follow the chopper. 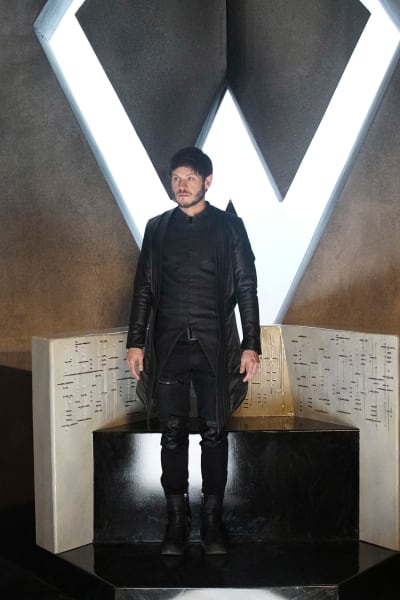 Maybe the show’s biggest problem is the terrible job that’s been done so far in making Maximus the villain. He’s been slighted by his family, his race disregards him for becoming human and he’s trying to abolish the caste system. What’s so terrible here? If anything, Maximus is coming off as a sympathetic character, which is the last thing the show intended.

There is some glimmer of hope though. Crystal has been portrayed beautifully. It’s kind of amazing how dead on the writers have her character and largely screwed up on all the others. Isabella Cornish is capturing Crystal’s youthful innocence, but genuine desire to do the right thing evidenced nicely when she escaped Maximus. The only problem with Crystal is the show runners are still puzzled in how to showcase her powers.

Divide and Conquer was another rough outing for Inhumans. With only five more episodes to go this season, it might already be a lost cause. The best fans can probably hope for is the season ending on a stronger note to create some buzz for a sequel.