Signing Macho Man Randy Savage to its line was arguably the biggest coup of Mattel’s run with the WWE. Jakks had the license for over a decade, but was never able to seal the deal. Mattel has made up for that by making Savage one of their most consistent Flashback figures since they’ve had the license. But with the Defining Moments Macho Man figure, Mattel might have finally made the definitive Randy Savage figure.

Packaging:   While I’m not a fan of the recent shortcuts, I still really dig the Defining Moments packaging. The black and gold color scheme is really sharp. I like the side portrait as it shows Macho in his prime … though I’m not sure if he ever had that much hair up top.

I love the detailed bio and the furry star. Inside the packaging is just as spectacular with a design made up to look like the material of Macho Man’s robe. 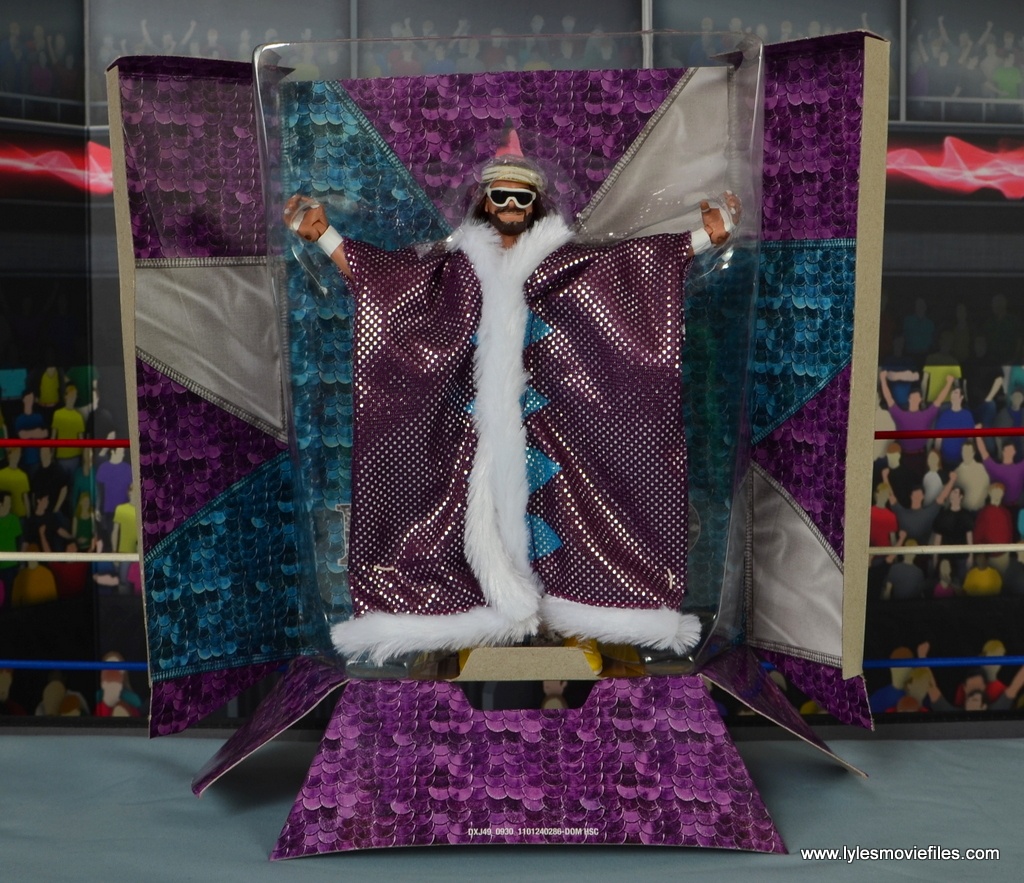 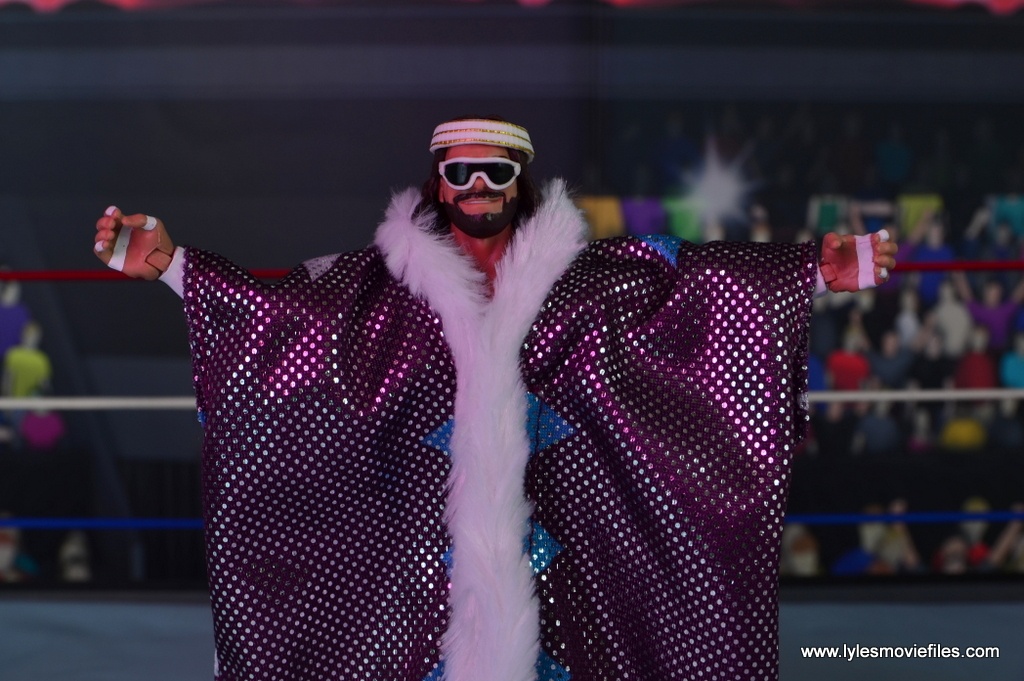 Likeness:  Despite a flurry of Macho Man figures, I’m not sure if Mattel has really nailed his likeness perfectly. The DM’s half smile/half grimace comes pretty close. It’s hard to truly capture Savage’s intensity as he constantly changed his expression, but this is good enough.

Mattel keeps giving Macho Man overly muscular arms. These are the same ones used on powerhouses like Lex Luger and are a bad fit for Savage. The torso choice looks good and the legs match up well. 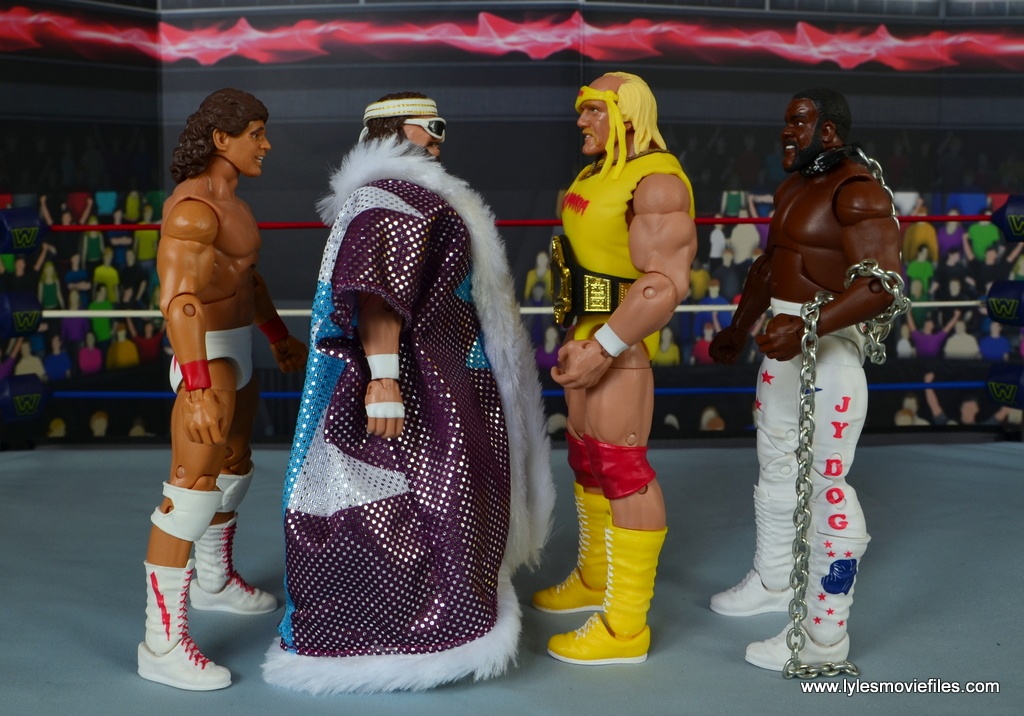 Paint:  To quibble somewhat, Macho’s tights don’t quite match up to the more salmon color he wore at Wrestlemania 3. This is more of a light purple/lavender. That’s not a huge deal for me as I’d rather have a Ricky Steamboat without a headband.

Articulation:  There’s no surprises with the articulation as Savage gets the regular Elite scheme. The only hindrance is the overly thick leg sleeves, which make bended knee poses more work than I’d like. 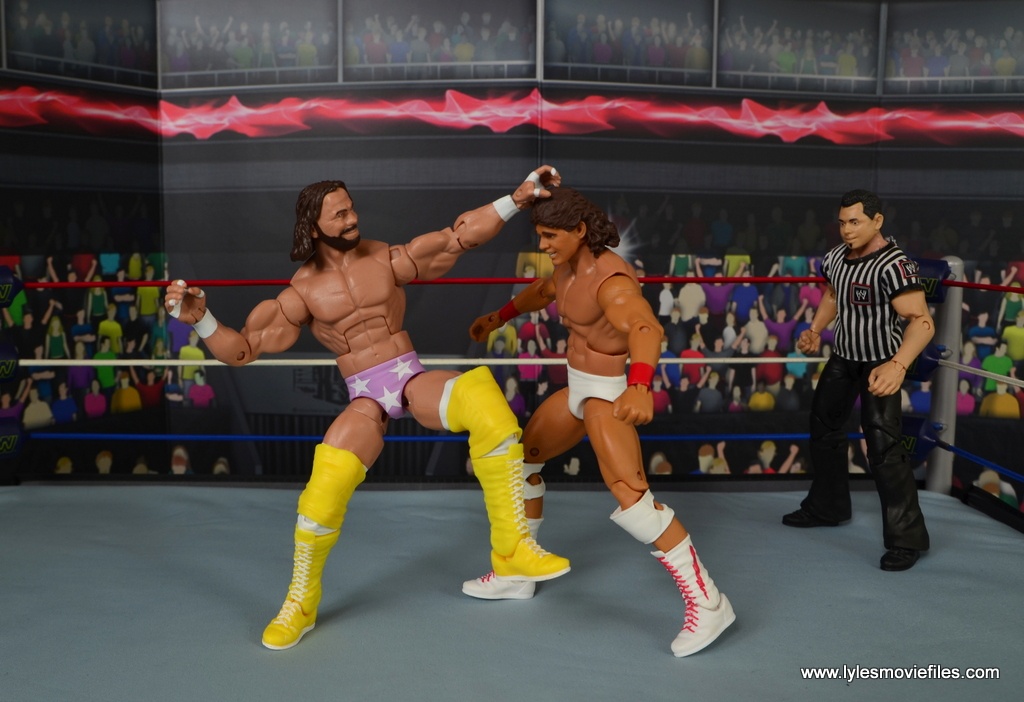 You’re not going to be able to do a great flying axe handle since the Elite body needs more range in the chest and shoulder areas. Otherwise you’ll be able to hit most of Macho’s moves. 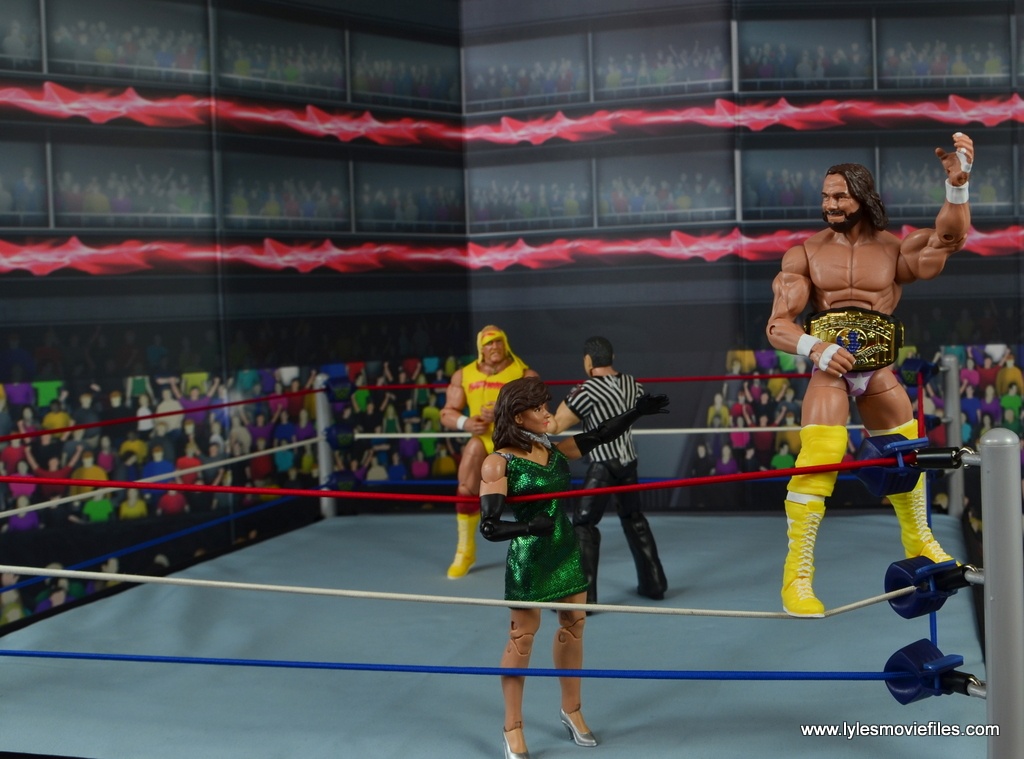 Accessories:  Mattel set the standard with its first Defining Moments Macho Man. That figure did a great job capturing Savage’s Wrestlemania 7 look and had a ton of extras. This figure covers all the essential aspects of this era of the Macho Man, but the robe is really why you’re getting this figure.

It’s a classic looking Macho Man robe with white trim, shiny, glittery material to capture all the camera flashes and huge Macho Man on the back. There was no way to pull this off and do it justice by making it plastic and the cloth material allows for a good level of movement.

To complete the look, Macho comes with his iconic sunglasses with a sharp paintjob and his early 80s headband. The headband fits snugly and shouldn’t start sliding down over time. A typical Elite figure would have the latter two accessories so it definitely feels like we’re getting a higher end figure here. 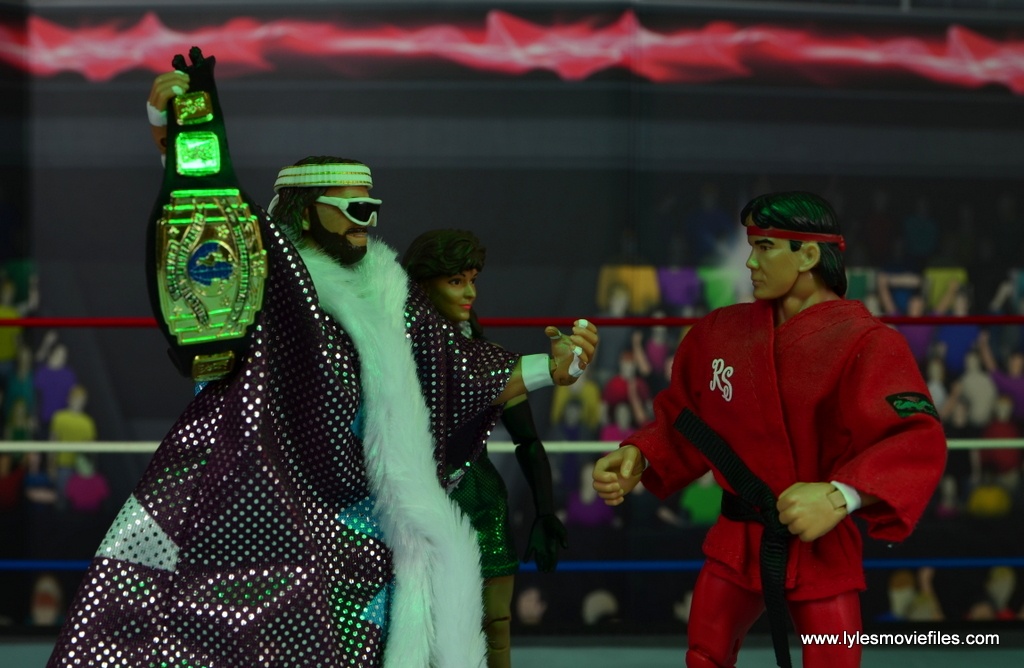 Worth it?  Macho Man clocks in at $25 the going Defining Moments price. Given the extra effort with the packaging and the work done on the robe, this is an instance where the DM price tag feels more warranted than normal. 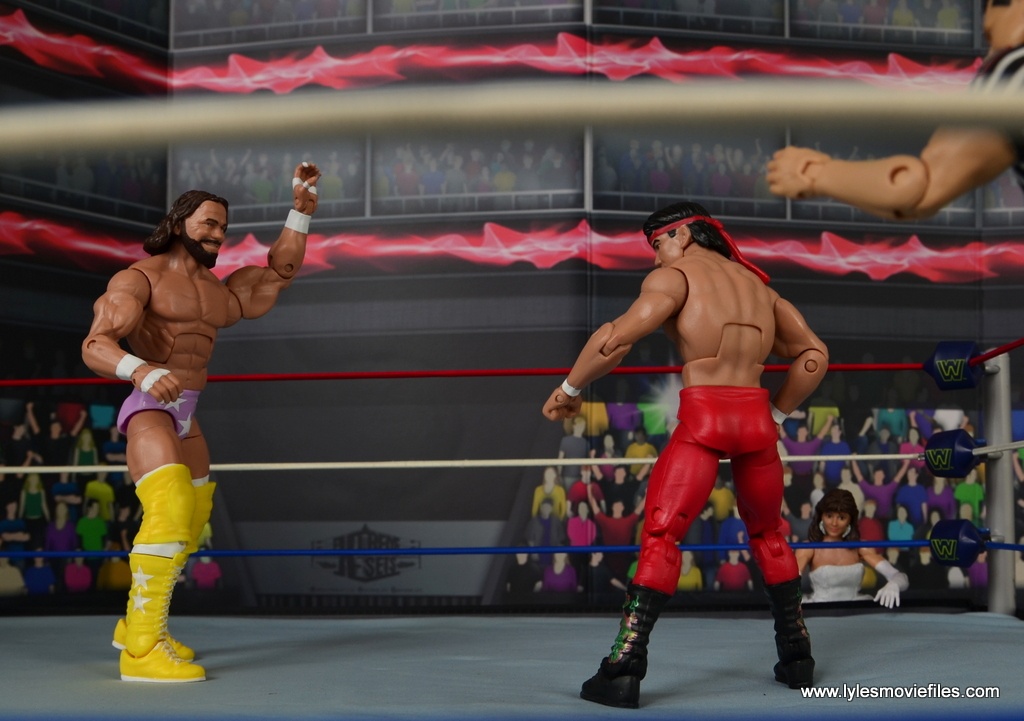 This is the Macho Man figure I’ve wanted all along. I can’t imagine needing another Savage at this point.

Where to get it?  Toys R Us has been the best bet for these although I just saw one at Target. Amazon also has him in stock.