Yuki Yuna is a Hero, (much like the Madoka Magica franchise), is known for changing up the magical girl genre. Magical Girls are young girls who fight evil thru the use of magic. Usually these shows are cute and have lessons spread throughout concerning sexism and love. While Madoka Magica had undertones of despair, love between two women, and psychological tugs towards love in general Yuki Yuna focused more on the consequences of devoting yourself to being a savior. To gain much, you must also be prepared to lose much.

Similarly to Madoka Magica though, the show presents itself initially as a cute, action show with girls who have magical abilities and fight against evil. Eventually you notice the small hints towards the truly screwed-up reality of their universe and in Yuki Yuna Season One the truth is completely depressing but wraps up pretty positively in the end whereas with Madoka Magica you can count on despair leading to more despair. So it surprised me when I read online that Yuki Yuna was getting a Season 2 later in the year but I was immediately interested.

Episode One introduces us to a new protagonist named Sumi Washio, a shy girl who has never had a close friend before. She goes to school with Sonoko Nogi and Gin Minowa who are fellow magical girls selected by The Shinjyu, a god that chooses who is worthy to fight against enemies known as Vertexes. Vertexes show up in an alternate reality of their town and when they do, the Heroes must eradicate it for they have the potential to wipe out the world. The girls have an issue with attacking this creature for it is their first time fighting a Vertex alongside each other. Once the mission is completed, they decide to celebrate and become friends.

Episode Two has the trio fighting against another powerful Vertex and although their mission was successful, their teacher decides to put them in a training camp with the hopes of them learning to use their abilities cohesively. After training is over, Sumi realizes Gin is always late but never says why so Sumi makes it her personal mission to discover the reason. 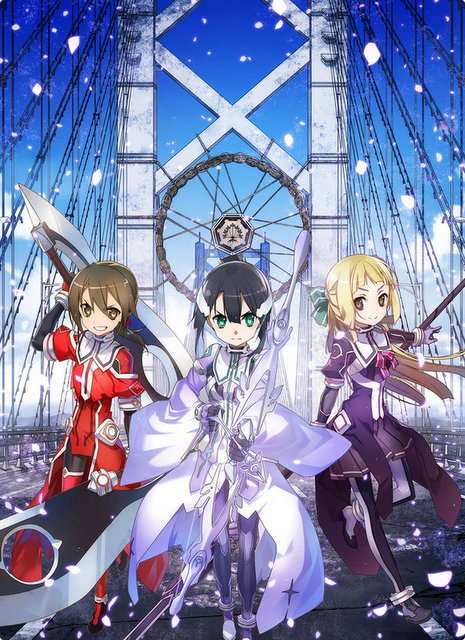 These first two episodes smell like deception to me. I know these episodes and possibly even the next one are just setting the stage for something extremely tragic to happen and I’m kind of scared of what it could be this time around. As a huge fan of fantasy, witches, and magical girls this anime was one of my most anticipated releases of the Fall anime lineup. I’m waiting for the tragedy to appear; it’s inevitable.