Far from the Tree continues making the case that Supergirl is such a better show with Mon-El up, up and far away. Fathers, specifically living up to father’s expectations was the focus of another strong episode.

On the grounded front, Maggie reunited with her father, Oscar (Carlos Bernard, 24). A bit father out, J’onn reconnected with his previously thought dead father (Carl Lumby) back on Mars. Supergirl didn’t have a huge role this week as this was more about giving the supporting characters the spotlight. One interesting takeaway was how vital fathers prove throughout the Supergirl universe. Kara and Alex have some unresolved feelings with Jeremiah and Winn also has issues with his father, The Toyman. 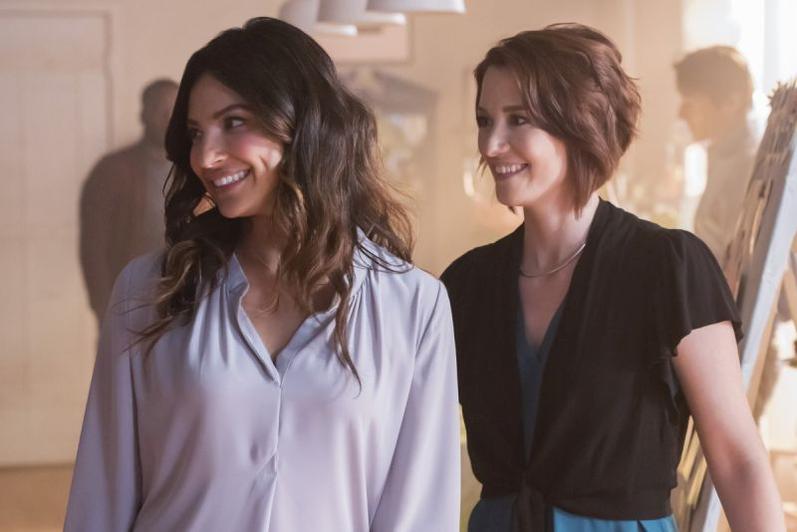 Early on, it felt like the episode was needlessly recapping Maggie’s lesbian backstory with Eliza in town for Maggie and Alex’s bridal shower. But the arrival of Oscar made it necessary. Floriana Lima really delivered throughout the episode and helped to show a far more vulnerable side of Maggie.

Bernard has been one of my favorite performers since the 24 days and he gave some needed backstory to Maggie’s family situation. One of my biggest problems with the Alex is a lesbian character evolution is how it went so smoothly. There was little drama and little resistance to her coming out. It was simple and the writers undercut Alex’s journey by not having to deal with any slurs, nasty looks, harassment or any of the other issues that keep people closeted.

Far from the Tree finally took a more realistic and sincere look at the struggle and did it in a way to show the other perspective. Oscar was clearly uncomfortable with the notion of his daughter marrying another woman, but he tried to be supportive. This felt way more realistic than Alex getting 100 percent support from her circle. 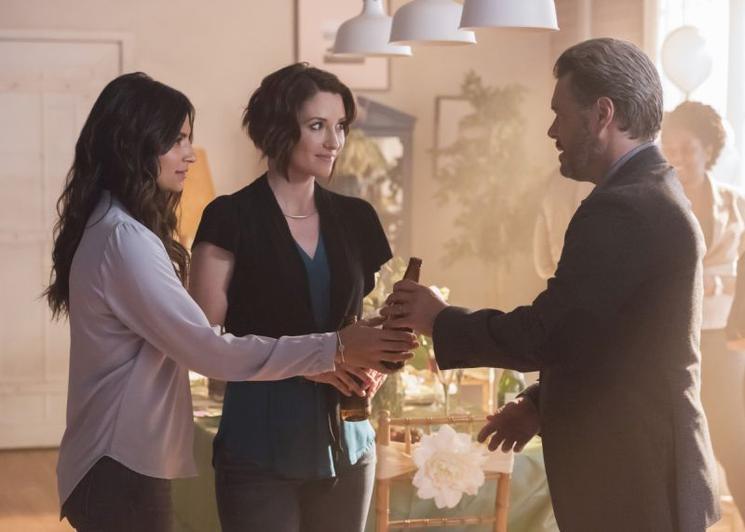 Instead of demonizing him, the writers provided some context for Oscar’s disapproval. He dealt with discrimination all his life and with racial tensions still high, he didn’t want his daughter discriminated because of both her race and sexual orientation. And just like that, Maggie and Alex’s storyline has a depth it’s lacked. Maggie eventually reached a place where she didn’t need his approval, which felt like a crucial step in her development. As a fan of character arcs, Maggie had one of the best we’ve seen in the series.

The Supergirl show runners have carried the Smallville torch of honoring the Superman legacy so it was a fitting touch that Lumby was J’onn’s father, M’yrnn. Lumby was the terrific voice actor of Martian Manhunter in the Justice League cartoons.

J’onn was back on Mars to help M’gann and the peace-seeking white Martians from wiping them out with a super weapon that only M’yrnn knew its location. I loved the complete no-chill savagery of the show runners casting minority actors, including Dewshane Williams and Louriza Tronco as White Martians. 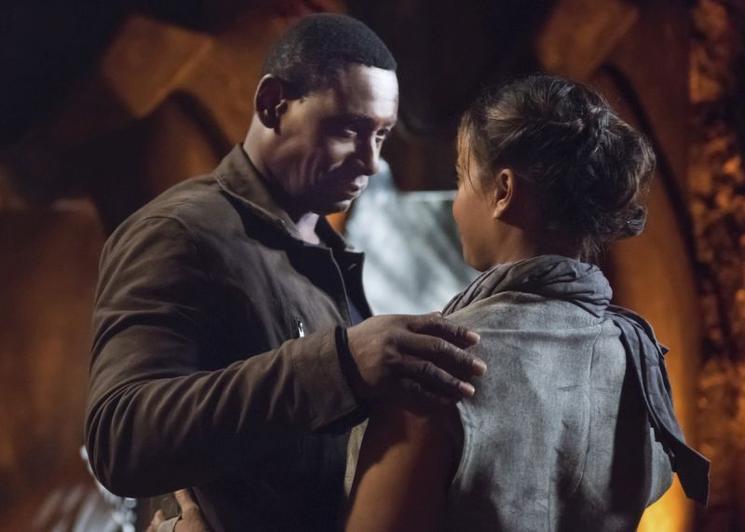 J’onn had to work hard to convince M’yrnn he was still alive leading to a great Martian life flashback. I really wish the budget allowed for more Martian Manhunter scenes as the effect team does a solid job with the character. At least the Supergirl, Martian Manhunter & White Martians fight scene delivered. It still seems weird how the writers spent so much time building J’onn and M’gann’s bond only to write it off as soon as they got together.

Far from the Tree didn’t advance the main story, but it was one of those isolated episodes that worked thanks to the terrific character spotlights. Kara, Alex and Lena can resume their normal featured roles next week, but it was nice to see such care paid to the supporting players.