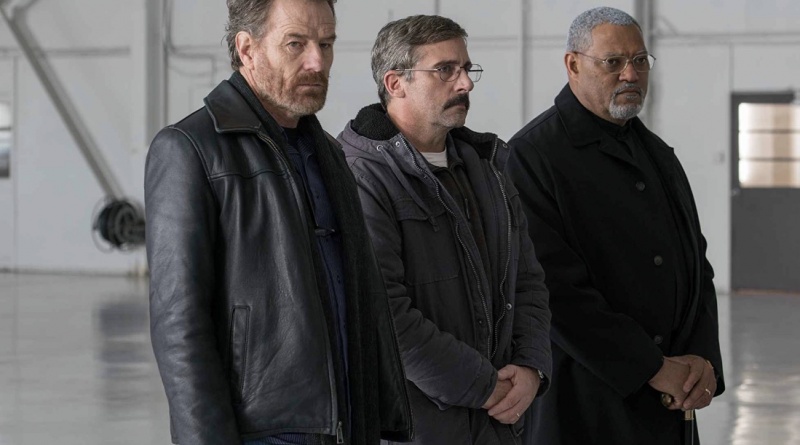 It’s Wednesday and that means it’s time for a new giveaway. This week, I’ve got a Last Flag Flying giveaway. This comedy/drama starring Steve Carrell, Bryan Cranston and Laurence Fishburne sounds like it could be a surprise fall hit.

In 2003, three decades after a tour of duty in Vietnam, soft-spoken New Hampshire family man Larry ‘Doc’ Shepherd (Steve Carell) surprises alcoholic Former Marine Sal Nealon (Bryan Cranston) when he shows up at his bar in Norfolk, Virginia. Together they visit their formerly wild comrade-in-arms Richard Mueller (Laurence Fishburne) at the church where he now serves as pastor. Soon after, Doc reveals that his son, a Marine, has been killed in Iraq. He asks his two friends to accompany him on a road trip to attend the young man’s burial at Arlington Cemetery.

The big draw for me is the film is directed and written by Boyhood director Richard Linklater. I’m a huge fan of his work so I’m definitely interested in checking this out.

No hoops for the Last Flag Flying giveaway. The code for it is right here. But to make things interesting, if you check out the Thor: Ragnarok, John Wick Chapter 2 or Wonder Woman reviews and leave a comment, you’ll be fast tracked in the running if I do a Justice League giveaway.