Never Leave Alive walks the fine line of mediocrity and entertaining. Its premise is better than the movie itself, but it never attains unwatchable status.

This also could have been a case of having elevated expectations. John Hennigan plays reality star Rick Rainsford, a big game hunter stranded on an island trying to survive a psychopathic ex-KBG agent Zaroff (Eric Etebari). In addition to a trap-filled island, Rick must evade Zaroff’s henchman Ivan (Joseph Gatt) while trying to keep his photographer, Anna (Michelle Taylor) alive. 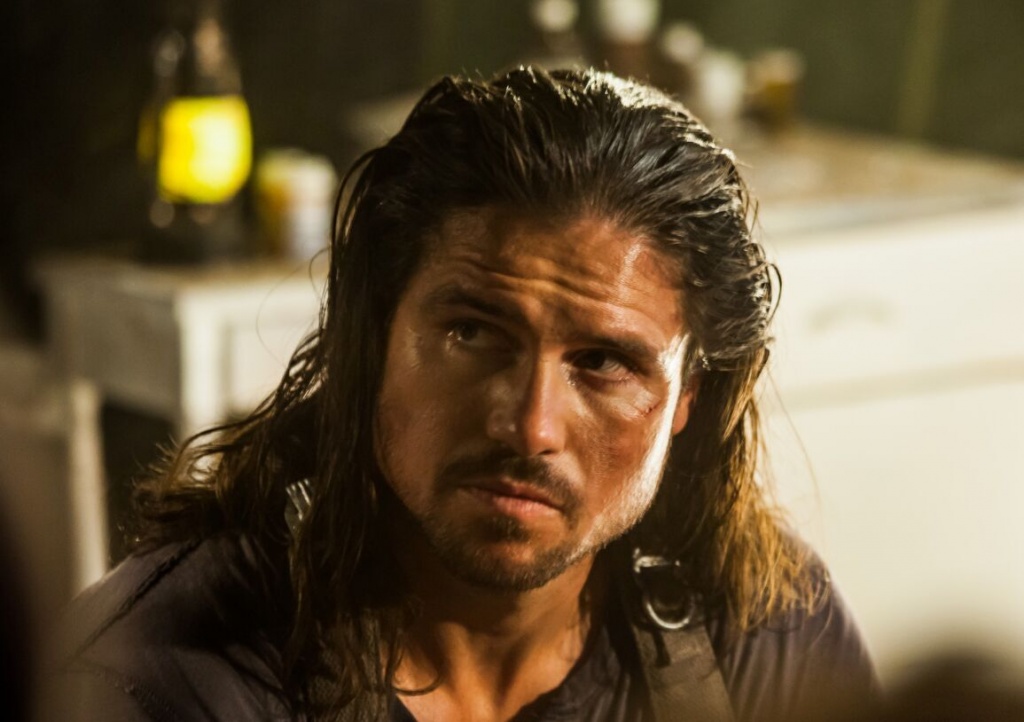 As a former WWE and Lucha Underground star as well as a parkour aficionado, Hennigan has a lot of the tools to succeed in the VOD/Netflix action ranks. Hennigan shows a lot of potential. He’s got just the right amount of swagger and with his shredded physique and flowing hair, he looks the part of an action hero. Still, he doesn’t have a ton of experience as the leading man.

Ideally, Director Steven LaMorte would surround Hennigan with strong character actors who could carry the film and hide some of Hennigan’s deficiencies. Instead, every performer seems right about Hennigan’s level. Everyone earnestly does their best, but with basically a four-person film, at least one should be an above average actor.

Screenwriter J. Amanda Sabater seems influenced by films like Romancing the Stone and Jewel of the Nile. Those also featured strong-willed female protagonists just as capable as the leading man. Sabater seems conflicted about the direction to take Anna. In some moments, she’s every bit Rick’s equal in the wilderness and the next she’s screeching and acting like the standard damsel in distress. This makes Taylor’s performance very uneven and makes Anna seem like she has major personality swings.

Writing Rick as a lecherous alcoholic to start the film puts Hennigan in a hole to work overtime to make him redeemable. Sometimes that extra layer of character development isn’t needed especially when it gets discarded when the film reaches a point where it’s inconvenient for the hero to be a drunk. Etebari has an air of mystery, but fails to make Zaroff more than a generic villain obstacle. 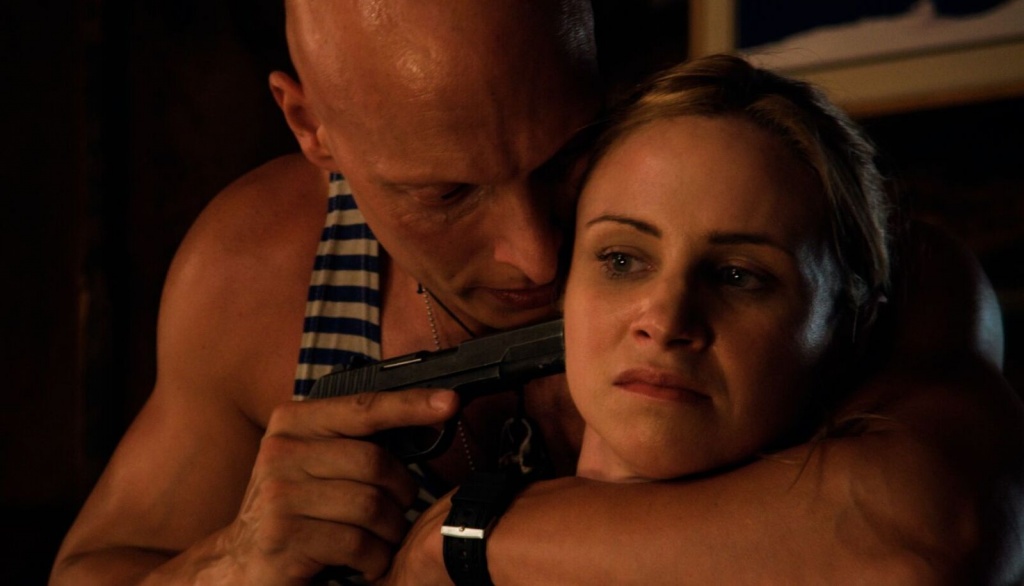 Never Leave Alive is clearly low budget. More than any other facet, with more money to put into the action scenes the film would be much improved. Good action sequences can hide a lot of performance and script issues.

The action scenes are the film’s weak point. There’s not enough sense of danger and urgency thanks to the slow developing traps. Zaroff and Ivan aren’t the most aggressive pursuers either, which makes for a lot of down time for Rick and Anna to sit and talk. 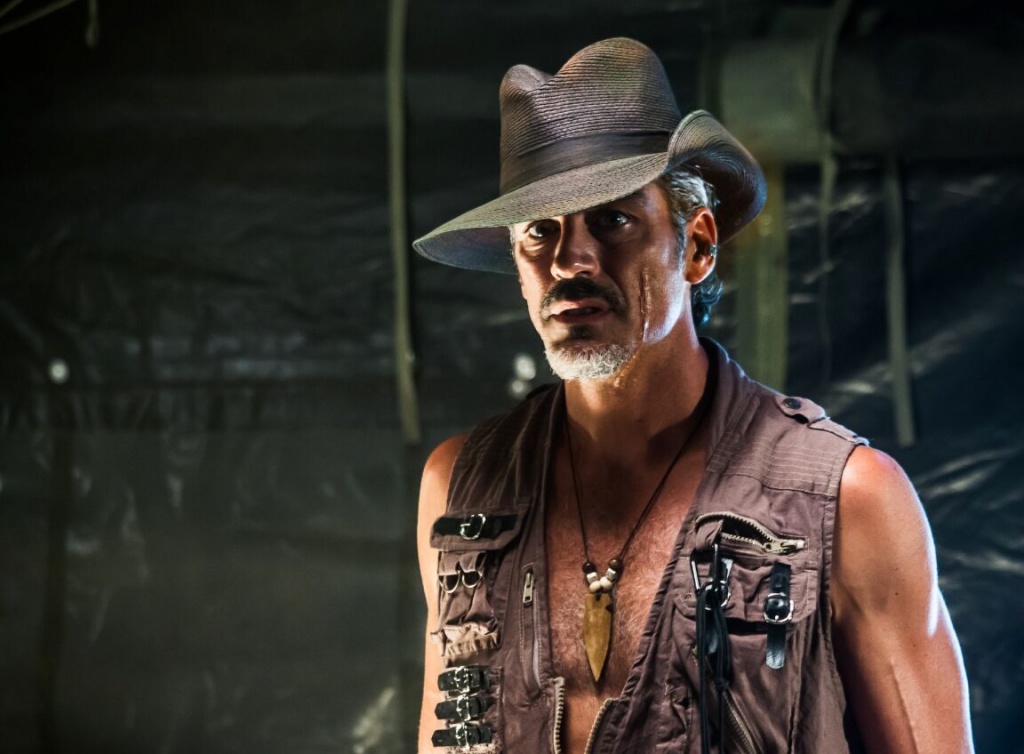 The film probably would have been better off with more stranded passengers who get killed along the way to show the dangers of the island and Zaroff’s skills as a hunter. LaMorte cut the film in a distracting manner with rapid edits and jarring transitions. That doesn’t make the film more exciting, just more disorienting.

Never Leave Alive is never bad enough to be frustrating, but it could have been a lot more fun.