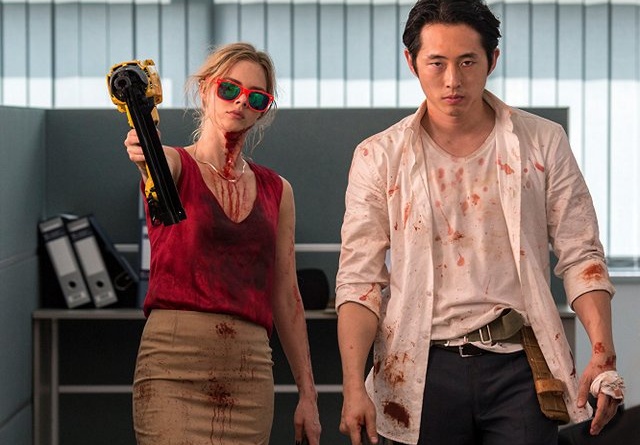 Trapped underneath a chaotic editing, an obnoxious soundtrack and distracting direction, Mayhem had the makings of a good movie.

Derek Cho (Steven Yeun, The Walking Dead) has slowly climbed the ranks of a soul crushing corporation. He’s gradually lost himself in the pursuit of a corner office and dutifully toes the company line despite possessing some lingering traces of dignity.

But when he gets set up to take the fall for a deal gone bad by a scheming rival nicknamed The Siren (Caroline Chikezie), Derek reaches his breaking point. Too bad that’s to late as his supervisor, John (Steven Brand), has already dispatched his HR lackey The Reaper (Dallas Roberts) to get Derek out of the office.

Screenwriter Matias Caruso then sets up the ultimate wish fulfillment scenario for anyone who’s had that dreaded layoff experience. A highly contagious virus has been discovered and the office complex is under quarantine. The virus intensifies emotions from rage, lust, greed and fear. 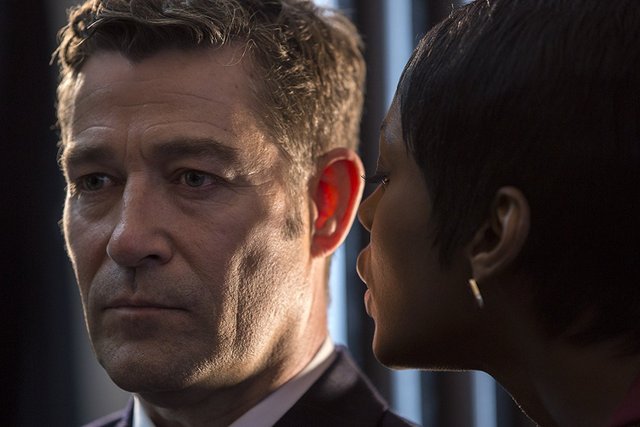 Even better, there’s already been a legal precedent for people affected by the virus to be acquitted of any wrong doing. So if say, Derek wanted to get some payback on everyone who cost him his job he could simply kill away without repercussions. And Derek isn’t alone as Melanie (Samara Weaving) wants to settle some scores after the company threatens to foreclose on her home.

Mayhem has the tone and premise of a Shaun of the Dead with a video game like setting of fighting corporate bosses on each floor to get to the boardroom. It’s a solid concept and one that comes oh so close to succeeding. 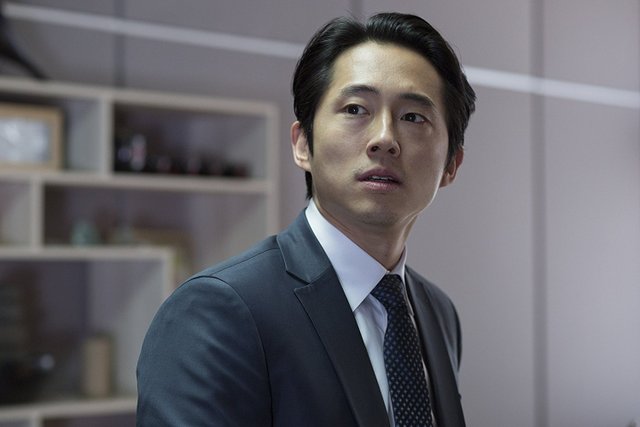 Director Joe Lynch doesn’t trust the material nearly enough. The performances are all solid and the script and premise works, but Lynch feels the need to overcompensate by taking Mayhem to a needless extreme.

Lynch shoots the action in a Grand Theft Auto rampage mode style. It’s all in your face, bloody and annoying. The hyperactive editing quickly becomes annoying and the soundtrack is grating. Lynch seemed too focused on showcasing all the tricks in his toolbox regardless if they’re necessary or appropriate. Lynch takes the violence to a gratuitous level as well that clashes with the comedic tone he establishes.

The direction wastes an otherwise enjoyable film. Yeun has a charming every man demeanor that keeps Mayhem watchable. Weaving has a terrific maniacal energy very reminiscent of Margot Robbie’s Harley Quinn in Suicide Squad. She’s a captivating presence and has me much more excited about her next role in The Babysitter. 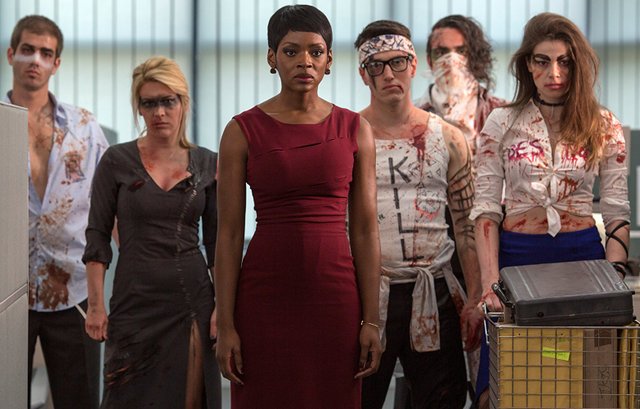 Mayhem could have been such a better movie with a director who didn’t want to take every scene to a ridiculous level. The premise doesn’t invite much restraint, but just a little could have resulted in a terrific guilty pleasure instead of one that narrowly misses the mark.