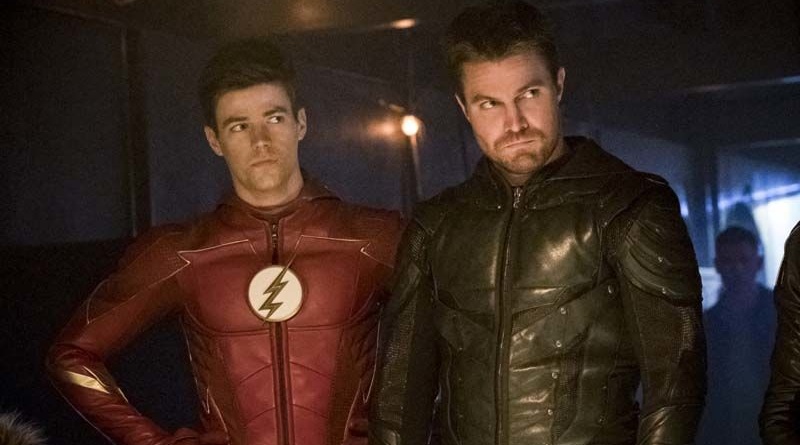 We’re three-fourths of the way through Crisis on Earth-X and Part 3 didn’t do much to turn the tide of this feeling like a lesser event than Invasion. This is a case where all of the Arrowverse writers’ worst impulses conspired to sabotage what could have been an epic crossover. And not even a last second dramatic twist could salvage it.

After Part 3, it might be hard to find a lot of Felicity fans as somehow she bizarrely was a major player in the penultimate episode of the big superhero crossover.

It’s bad enough when Felicity takes so much of the forefront of Arrow, but this was too indulgent of the Arrowverse’s most divisive character. Felicity’s infallibility now extends to avoiding Overgirl’s super-hearing and having Sara level ability to take out Nazis. Apparently for Felicity, random mentions of girl power and tell me about it sister are her magic words to trigger her powers. For most of Part 3, Iris and Felicity amazingly kept outsmarting and occasionally whupping Nazi butt to free Supergirl from being an unwilling heart donor for Overgirl. 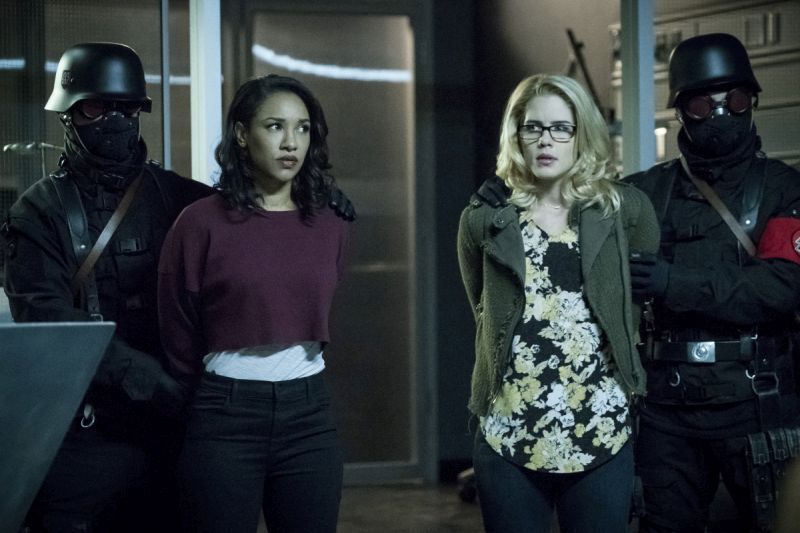 Melissa Benoist did an excellent job here with the dual roles. Benoist really made Overgirl feel like all of Supergirl’s worst impulses without being a villain caricature. Still, I’m the opposite of here for the Dark Arrow and Overgirl romance scenes.

Of all the missteps of this crossover limiting the super villains to a trio. Yeah Metallo and Red Tornado randomly showed up, but the heroes needed more obstacles than hordes of remedial Nazi goons. There’s only so much Dark Arrow and Reverse Flash can do against an army of heroes. This was the time to bring back more villains like Live Wire, Silver Banshee, Malcolm Merlyn and an evil Martian Manhunter, Firestorm or Mon-El.

At least we got goosestepping Quentin ready to dispatch the Nazi Waverider off, which made for some quality moments with Oliver and Sara. Caity Lotz does comedic Sara much better than dramatic, Wolverine-esque White Canary these days. It was hard to take her pep talks to Alex seriously. 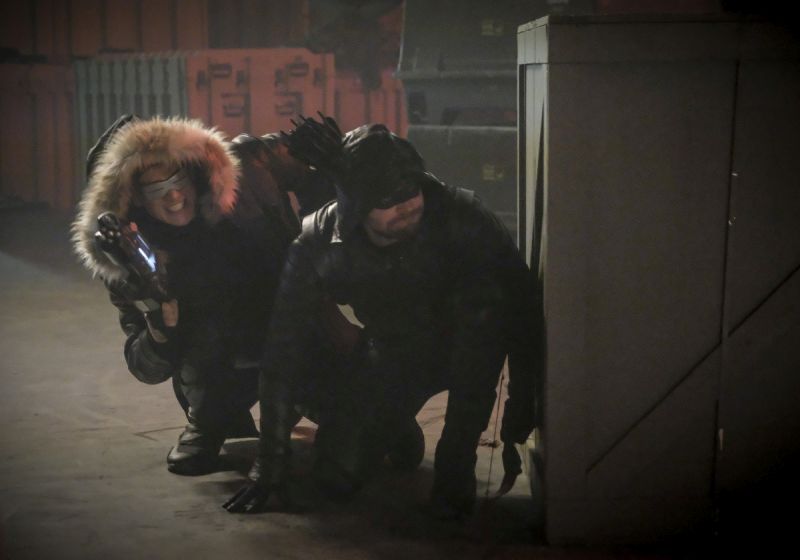 The big surprise for everyone who ignored the teasers and trailers was the arrival of the Earth-X Citizen Cold. Wentworth Miller plays Cold so over the top that he came off cartoonish here with his relationship with The Ray (Russell Tovey). The Arrowverse creators think diversity is just adding more LGBT characters. It’d be great to see some Asian heroes, more Latinos and more black heroes. There’s way too few and this crossover has inadvertently spotlighted that universe-wide flaw. Maybe I’m just salty about the only hero that died so far was apparently the only black hero on Earth-X?

I did get a kick out of General Schott though I would have loved it even more if his hair was white. This trip to the Freedom Fighters base wasn’t nearly as exciting as I envisioned. Or maybe the whole rebel army plotting against the machine has been done to death now? And Fingerless Gloves might have been the weakest and lamest insult in the history of the Arrowverse.

The action felt underwhelming this episode with Ray and Flash’s confrontation with Red Tornado not amounting to a whole lot. In general, Barry hardly got any focus in The Flash episode of the crossover. It’s weird that his biggest moment in the crossover was the wedding episode in Supergirl. Part 3 needed more Barry Allen. 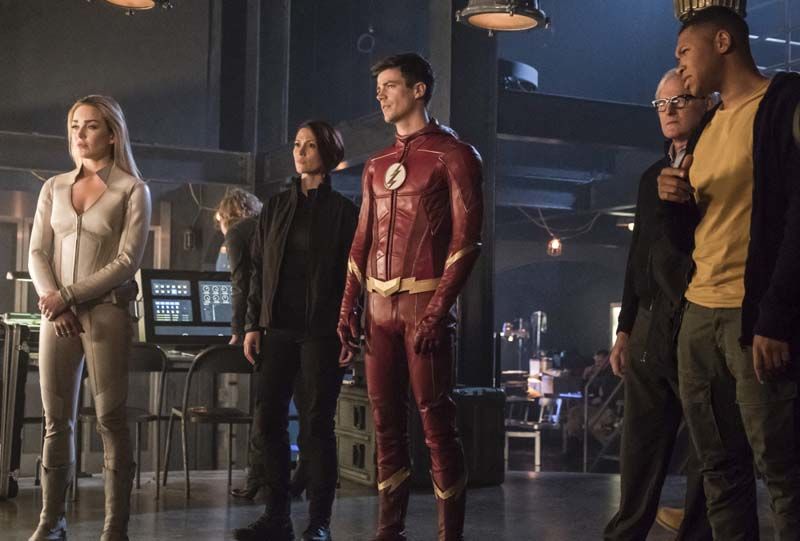 Legends of Tomorrow regularly finds questionable reasons to have Stein and Jax separate. That’s nothing new, but this time felt like a real stretch. In the middle of a gunfight, there was no reason for Firestorm to give up his power superiority to be vulnerable by some bullets. This was telegraphed too often and seems like the easy way to write Firestorm off.

Part 3 set up a major cliffhanger for the final installment, but this installment felt like more of the same just on a different Earth.