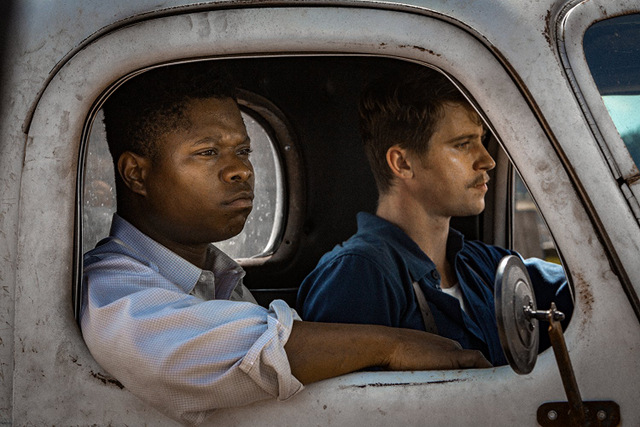 Mudbound is going to be one of the hard to forget films of 2017 or this decade.

This decade alone we’ve seen a slew of films depicting how miserable life has been for black Americans. There’s not an overabundance of happy endings when it comes to the black American history experience. And in the post-Obama era, hope seems in even shorter supply.

That’s what makes Mudbound such a special film. It shows the depravity and ridiculousness of racism, but offers some reason for optimism.

Initially, Director Dee Rees’ effort takes some time to settle down. Rees, who co-wrote the script with Virgil Williams, hops around to a number of characters on an extended flashback. Once the film takes a more traditional structure, it really becomes engaging. 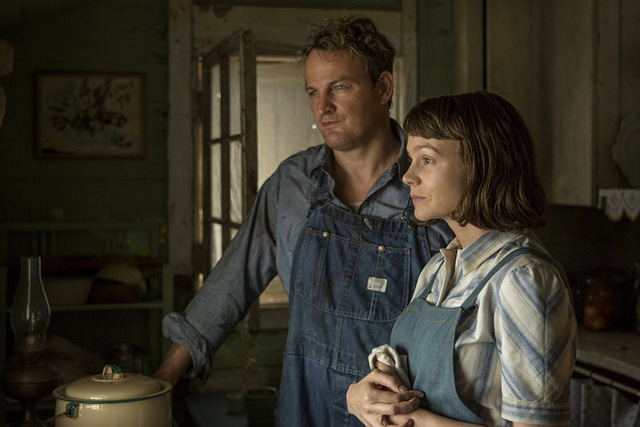 Mudbound centers around two families in the late 1930s. Henry McAllan (Jason Clarke) uproots his family from their comfortable city life to live out his dream of owning a farm. Henry didn’t bother letting his wife, Laura (Casey Mulligan) in on his plans and expects her to happily go along with it. And also not making too much of a fuss about Henry’s racist father, Pappy (Jonathan Banks, Horrible Bosses 2) moving in either.

Tending the farm is Hap Jackson (Rob Morgan, Daredevil), his wife, Florence (Mary J. Blige) and their children. Hap knows the odds are against him, but wants to have his own farm. Hap might be a dreamer, but he encourages his children to never give up on their hopes. Once the U.S. enters World War II, both families have something to lose.

Hap’s eldest son, Ronsel (Jason Mitchell, Straight Outta Compton) and Henry’s brother, Jamie (Garrett Hedlund, Unbroken) both join the war effort. There, the experience the best and worst of humanity. Upon returning back home to Mississippi, neither feel adequately prepared to deal with the regular world. 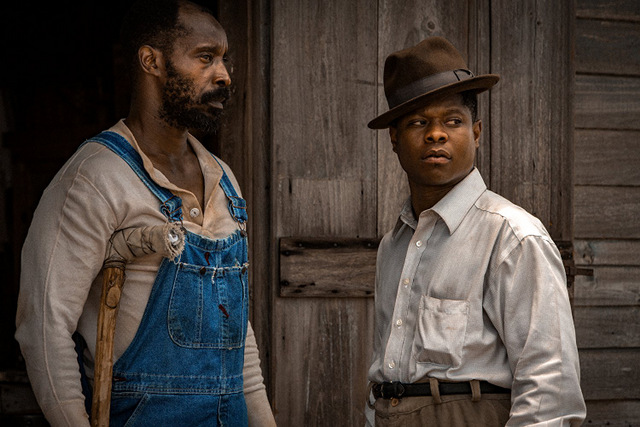 For Ronsel, that means trying to revert to a subservient role after risking his life in a war zone to being demeaned back home simply for the color of his skin. In Jamie, Ronsel finds a kindred spirit who is equally ill at ease with the ‘normal’ way of life. Jamie battles through his PTSD by constantly drinking and getting blackout drunk. But with rising tensions in their family

To some extent, Mudbound plays out like a post World War II Shakespearean tragedy. The build-up clearly is leading to something bad and the increasing bad blood between the families seems destined to boil over.

One of the great aspects of the script — an adaption of Hillary Jordan’s novel — is that it offers a more comprehensive look at race relations. There’s depth here. Jamie isn’t afraid to buck up against his father’s racist views. Laura is starting to get a clearer sense of racism and does what she can to balance the scales. Henry is the most interesting case as he’s not an outright racist, but clearly enjoys his privilege and frequently abuses his power. He uses polite language, but his actions betray an obvious understanding of his status. Pappy doesn’t hide his feelings and is emboldened simply because he knows there’s little repercussions.

The best part of Jamie and Ronsel’s scenes are that in the face of so much hatred, they can be connected closer than brothers. They’re equals and after awhile, color stops mattering. It’s an encouraging and hopeful message. 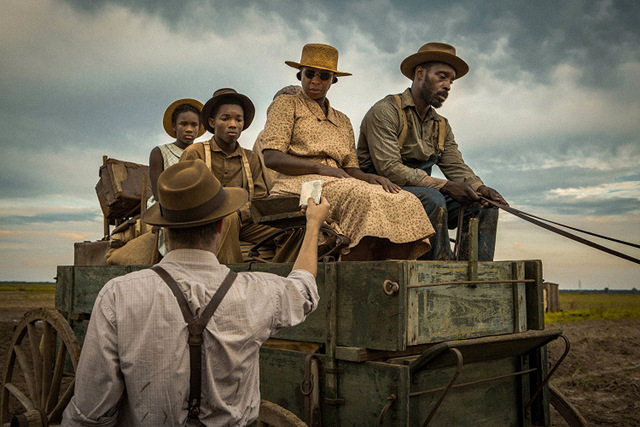 For ensemble awards, Mudbound is going to be tough to beat. There’s not a weak link in the cast. The biggest challenge for critic groups is narrowing down which members of the cast to recognize. Wright, Hedlund and Mulligan stood out a bit more for me, but Banks, Morgan, Clarke or Blige could just as easily receive (and deserve) acclaim.

Hedlund has steadily improved, but he really takes ownership of this role and makes Jamie a really memorable character. Wright continues to make savvy career choices and he’s so captivating here. You feel his ironic longing for wartime where he missed his family, yes, but had purpose, respect and love.

Rees shows a tremendous confidence in letting the story build. There’s no shortcuts and Rees allows for ample time to invest in the characters and their world. Mudbound clocks in at close to two and a half hours, but never feels long. Rees puts the spotlight on how dirty racism can be, but also offers glimpses it doesn’t always have to be that way.