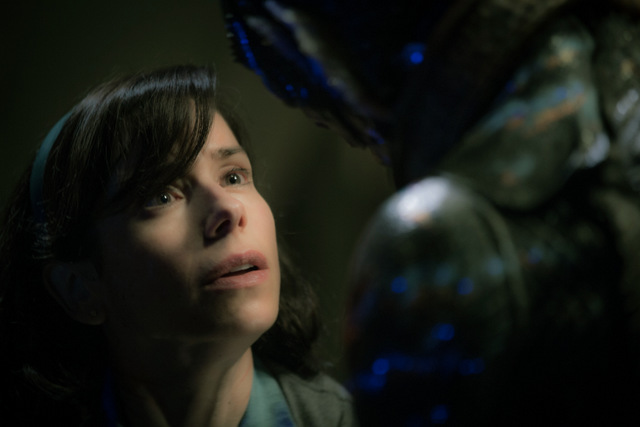 Guillermo del Toro is the cinematic equivalent to Hans Christian Andersen and The Brothers Grimm. When he’s inspired no one crafts more creative, mesmerizing fairy tales for adults. The Shape of Water further makes the case that no one does fantasy on del Toro’s level.

Sally Hawkins stars as Elisa Esposito, a kindly mute custodian at a secret government facility at the peak of the Cold War. Elisa has a comfortable routine, which is livened up by two chatterbox pals. At work, that’s her good friend Zelda (Octavia Spencer) while at home it’s her artist neighbor (Richard Jenkins). With a black woman and in the closet professional, Elisa couldn’t have picked better pals who can relate to her outsider status. 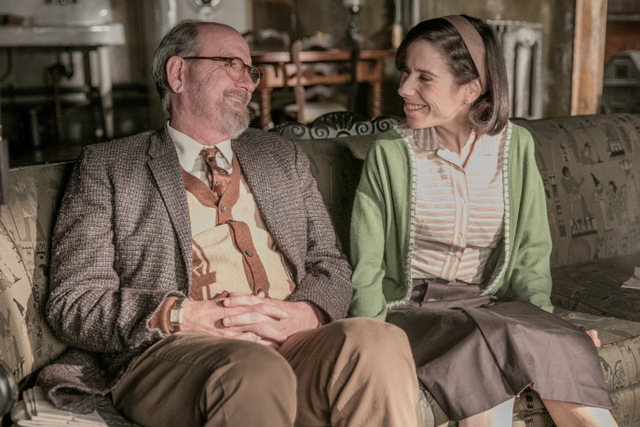 Even with a highly competitive field, Hawkins should be on most Best Actress nomination lists. She dazzles on screen whether showing Elisa’s childlike joy in watching a new dance routine, bemusedly listening to Zelda’s complaints or fiercely standing up to disrespectful authority figures. Of all the creative elements to the film, Hawkins’ performance is the most magical.

Elisa’s routine gets shaken up when government agent Richard Strickland (Michael Shannon, Nocturnal Animals) arrives with an amphibious swamp thing like creature from the Amazonian lagoon. Inexplicably, Elisa is drawn to the creature (played by Doug Jones) and they strike up a remarkable friendship thanks to their mutual appreciation of hard-boiled eggs and music.

Along with co-screenwriter Vanessa Taylor, del Toro tries his spin on the Beauty and the Beast tale. The inspiration is clear, which helps make the visual weirdness of Elisa taking her friendship with the creature to the next level not feel so icky. Granted, it’s a little odd, but it makes sense in the context of the film. It also helps that del Toro patiently builds up Elisa’s mundane existence. She yearns for something more — maybe some excitement, a hint of danger or possibly just someone who can shut up every so often. 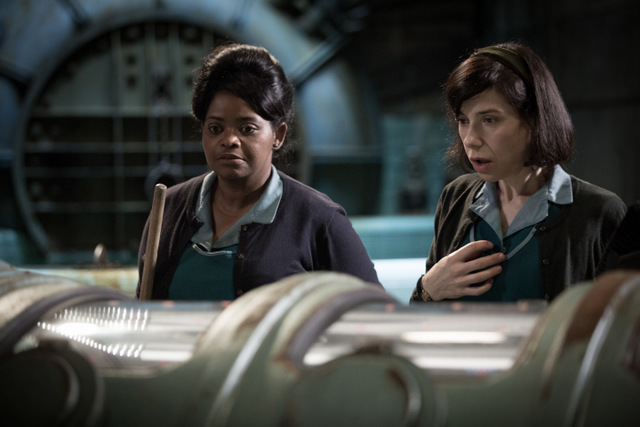 Taylor and del Toro perhaps take the easy route in making Strickland a raging bigot in addition to a jerk. It’s probably no coincidence Strickland sets his harassing sights on two custodians in no power to push back against him. Hawkins and Spencer bring a quiet dignity in every conversation Elisa and Zelda have with Strickland. It’s an acknowledgment of their position and status, but they politely stand firm. Spencer is especially great in these scenes.

Shannon plays the unlikeable antagonist character almost too well. He makes Strickland one of his more loathsome characters who can’t get humbled fast enough. Michael Stuhlbarg (Doctor Strange) has a surprising role, which is even more ironic considering the current political climate. 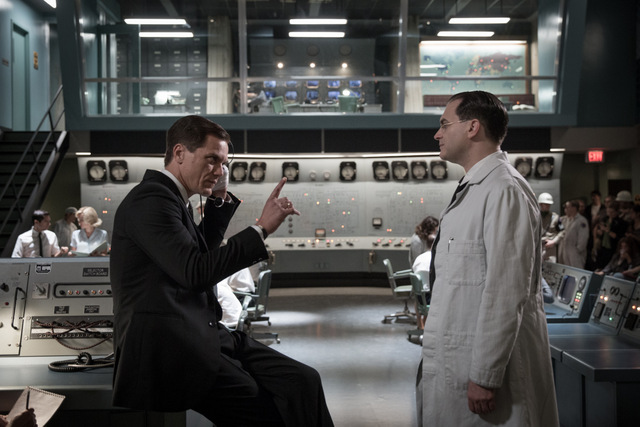 As usual for a del Toro production, the imagery is stunning. The set designs are lavishly arranged and full of personality. One hallmark of every del Toro film is the immersive experience. He makes it easy to buy in to things that would prove massive stumbling blocks for other filmmakers. Maybe you’ll try to work out the logistics of a water-filled room plugged by a towel. But it’s such a fantastic visual, it’s not too hard to go along with it.

The final act is a little too contingent on certain conveniences. Various characters offer up valuable information for no reason. Zelda’s husband’s actions really didn’t ring true here and it was irritating watching one of the few black men made to look so impotent. With maybe the possible exception of slavery times, no black man is going to let someone threaten their wife in front of them. 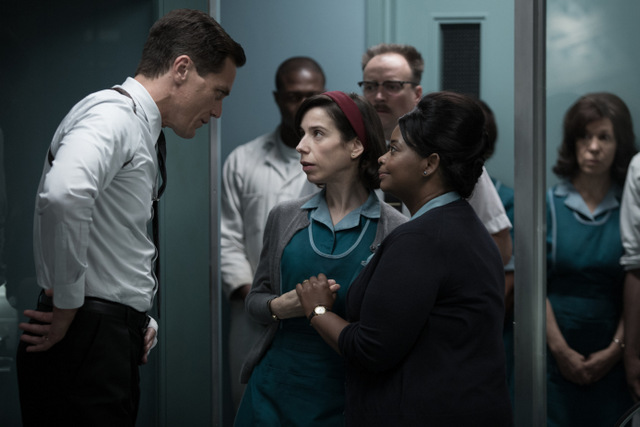 That’s a misstep in a film that can afford a few. The Shape of Water is an altogether amazing experience that’s well worth your time.