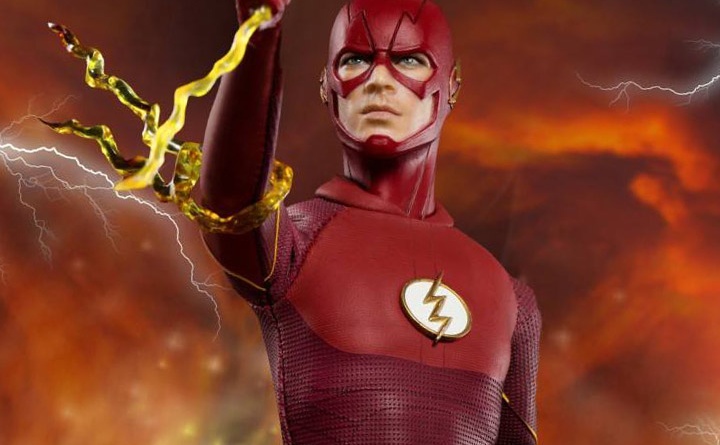 I’ve been not so patiently waiting on Hot Toys to get around to making DC CW figures. But now they’ve been beaten to the punch and the result looks pretty good. Star Ace is kicking off its DC CW line with The Flash Real Master Series figure.

The first in Star Ace’s DC TV Real Master Series of 1/8 scale collectible action figures is The Flash from the CW television show. The Flash TV series has soared in popularity all around the world and has been at the forefront of many other DC superheroes coming to television.

With the perfect balance of realism with a compact size, the 1:8 scale Master Series delivers a collectible that is ready for play or display. This 1/8 scale collectible figure comes with two heads; one with the Flash cowl on, and one of the unmasked Barry Allen. Translucent lightning bolts can be attached to the figure to simulate the character running through the speed force.

The 1/8 scale is kind of tricky though as The Flash Real Master figure won’t be compatible with pretty much any other line. That’s a disappointment, but if Star Ace goes deep in the DC CW universe that won’t be a problem. At this rate the only missing characters are Batman and Wonder Woman. 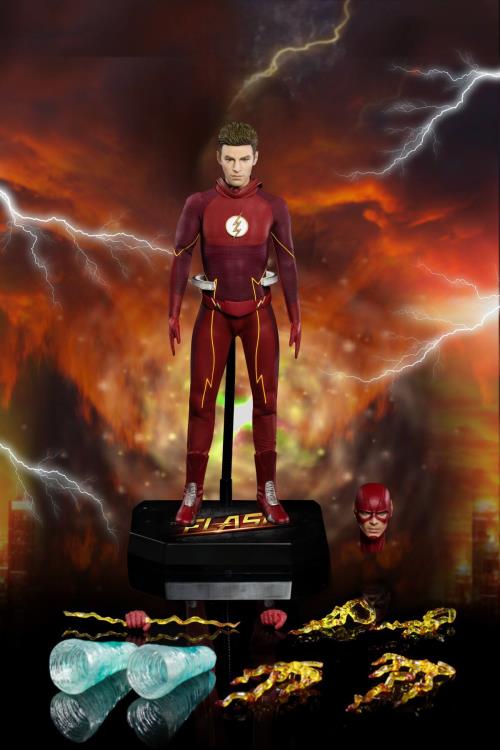 Considering the under $120 price point, this is a pretty impressive figure. There’s a lot of accessories and the addition of the Grant Gustin head sculpt was an unexpected nice touch.

Star Ace has quietly done some nice work with its Harry Potter figure line so I’m excited about the possibilities of expanding the DC CW line. Arrow clearly has to be next, but who would be the third figure? Supergirl? White Canary? Felicity?