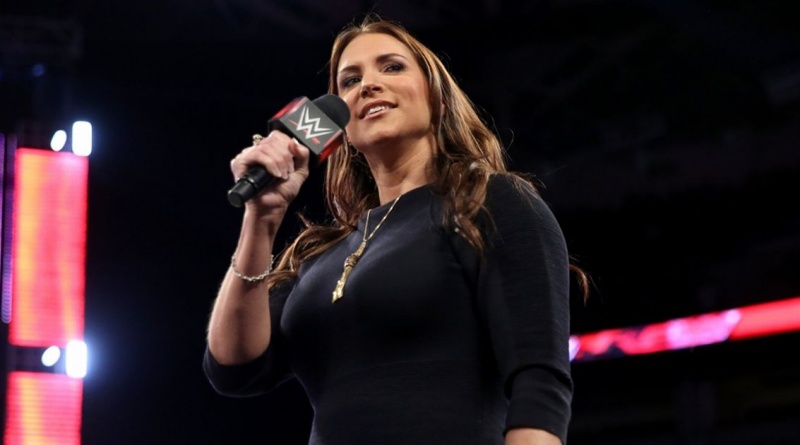 For the briefest of moments I was excited about the WWE product again. The crazy show-ending spectacle of the SmackDown Live superstars ambushing the Raw locker room was fresh and unlike anything I’d seen before on WWE TV. Survivor Series 2017 seemed like it had the potential to be a uniquely memorable battle of the brands. And then Stephanie McMahon showed up.

As has been her habit since rendering the first unified, undisputed champion Chris Jericho a glorified dog sitter back in Wrestlemania 18, Stephanie inserted herself into the main program and added nothing of value. Per usual, in the final build up to Survivor Series, Stephanie humiliated Kurt Angle in the same way she did to Mick Foley when he held the GM slot. 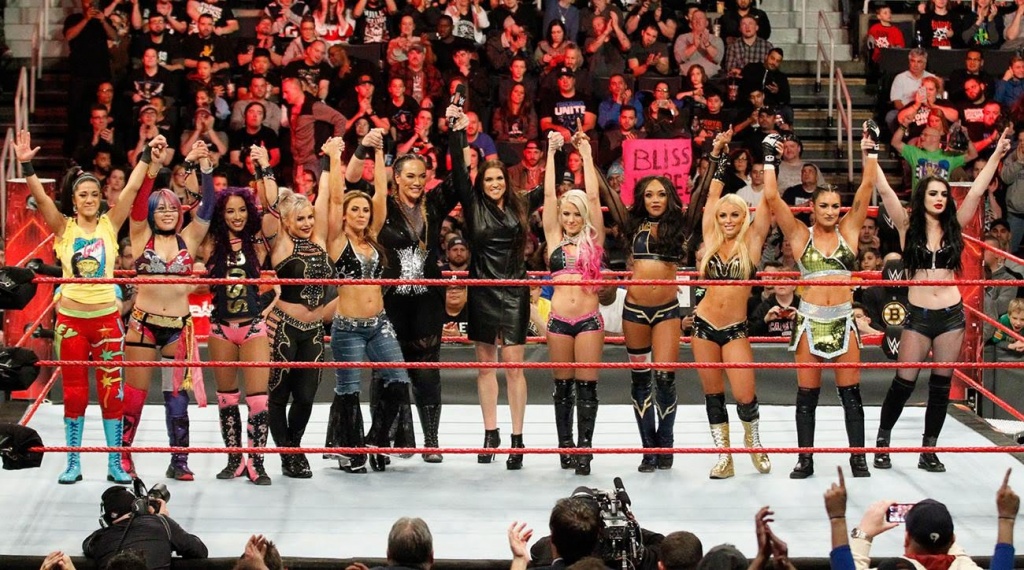 But this Monday, Stephanie reversed course to suddenly decide she wants to make the fans happy by announcing the first-ever female Royal Rumble. It’s not just that Stephanie is consistently written as the most domineering heel whenever she’s on screen, it’s that incessant need to be the centerpiece of every big moment for the women’s division despite rarely interacting with them.

The frustration with the Stephanie McMahon character is she’s the WWE cheat code. She’s untouchable, infallible and unstoppable. That’s fine for Brock Lesnar, but not so much for a character the audience knows will never lose face. 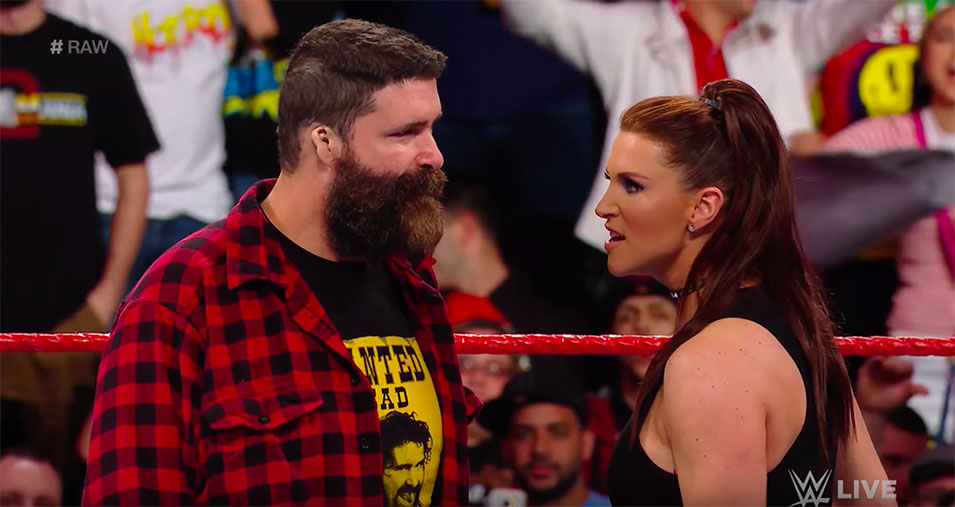 It seems clear the writers know the ultimate secret to keeping their bosses happy is to make the boss look good at the expense of everyone else. That wasn’t always the case with the WWE. In his war with Stone Cold Steve Austin at the peak of The Attitude Era, Vince McMahon constantly allowed himself to be made foolish. Austin sprayed him with beer, poured concrete on his car and made him piss his pants. Austin even shaved Vince’s hair!

Mr. McMahon was regularly humiliated, but it also justified his hatred of Austin making for a far more compelling back and forth rivalry. Viewers never knew who was going to get the upper hand from week to week. And that’s not even including the major comeuppance when The Undertaker and Kane ‘crippled’ McMahon and forced him to use a wheelchair for months.

That’s not the case with Stephanie. From Shane McMahon, Foley, Austin, Eric Bischoff and Paul Heyman, Stephanie always, never fails, consistently makes WWE superstars and Hall of Famers look impotent. There’s never been any layers to Stephanie’s TV persona where she openly says no man can lay a finger on her because they’d look terrible for hitting a woman or risk losing their job by striking her. Instead, all the stars, except for John Cena and Roman Reigns, just have to sit there and sheepishly take everything Stephanie shovels. 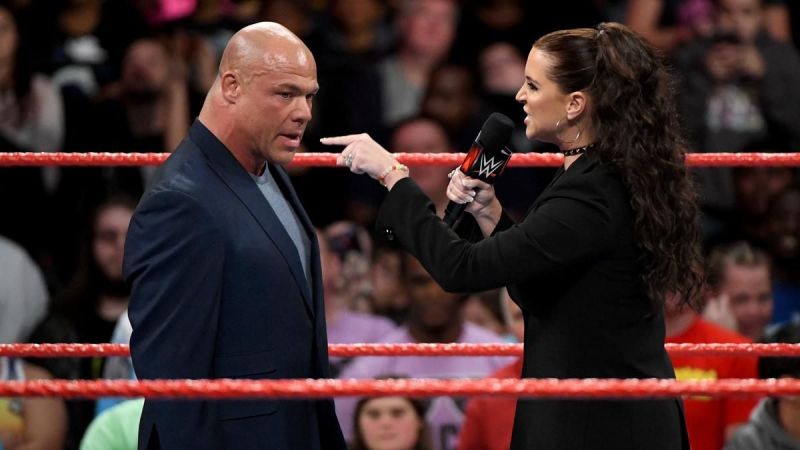 As the untouchable, screeching, power mad authority figure, Stephanie stopped being interesting years ago. If the off-screen personality Stephanie McMahon really wanted to do what’s best for business instead of her ego, she would restrict her interaction to the Raw women’s division. That way there’s the possibility and potential for Stephanie to lose face more often than every three years.

Stephanie’s best moments in the WWE have mainly revolved around a female nemesis. Sure, there was the war of words with Chris Jericho and Kurt Angle’s infatuation with her, but those were layers on Triple H’s feuds. Stephanie shined in her Billion Dollar Princess gimmick when she ultimately got beat by Lita and she had a decent amount of fan support when she battled Trish Stratus. 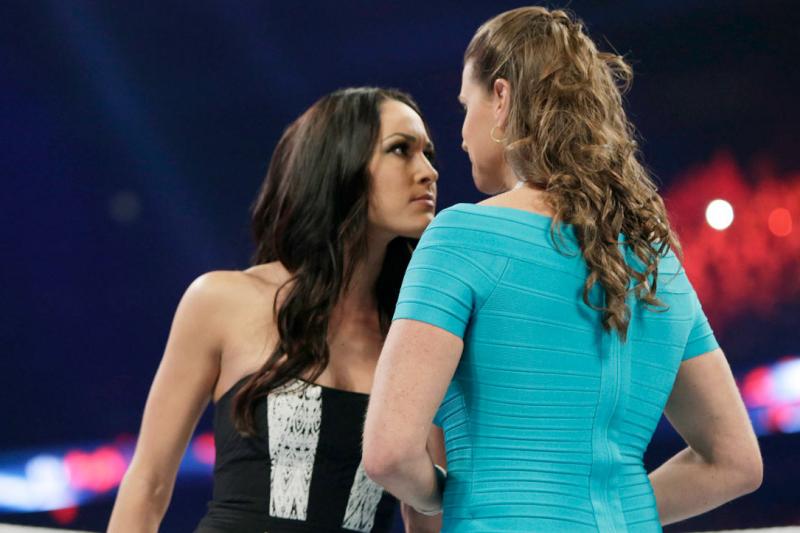 More recently, Stephanie’s feud with Brie Bella was compelling enough until Stephanie somehow managed to convince Nikki Bella to turn on her twin sister and that promptly ended that feud.

With so much female talent on the WWE roster now, there’s no reason Stephanie can’t create something special with someone on the roster. But it’s long past time to ditch the ego and the seven-inch heels. To freshen up her character Stephanie needs to stand alongside the roster, not above it.