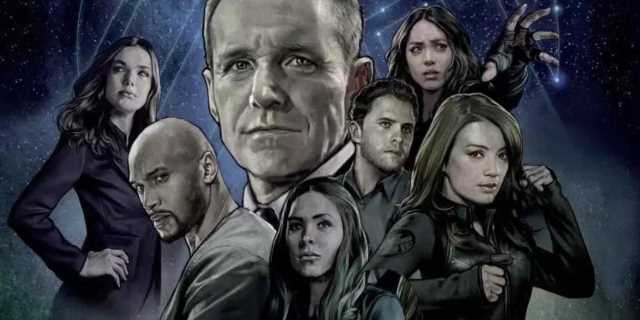 Orientation Part 2 didn’t leave me nearly as excited about Season 5 as the first chapter. There were a couple of too familiar bad habits that creeped up this episode that dimmed some of my enthusiasm. These aren’t necessarily deal breakers for the season being as strong as last year, but the space setting might not have a season worth of engaging story.

The main takeaway from Part 2 was Coulson and company do a terrible job of assessing the situation before trying to be heroes. A lot of the bad situations SHIELD found themselves in was due to their poor decision making. When you’re on a space station, it’s probably best not to draw too much attention on yourselves. Instead, they quickly start trying to change the status quo before they even know who they can and can’t trust.

Coulson and company meet Tess (Eve Harlow who was enjoyable on Heroes Reborn), an associate of Deke who gets SHIELD babysitting duties this episode. Tess recalls the prophesy that SHIELD would come from the past to save them in the future. And her recollection of history is a little spotty as she thought sharknado was an actual event.

So far, I like Deke. He’s got a good Han Solo vibe of being a scoundrel type without straight up imitating Harrison Ford. It seemed a little early to revisit the Framework already. Deke created a bootleg version to set up as a happy place for the ship inhabitants.

The writers seemed to fall back in to some of their comfort zone choices with a few characters. Once again Daisy is alone with the new guy trying to convince them to work with SHIELD. We’ve seen that already with Lincoln in Season 3, Robbie in Season 4 and now with Deke. That’s become a trend now and I’m not sold this can offer something new doing this again with Daisy.

Simmons managed to get separated from the gang again and is now a captive/servant of Kree head honcho Kasius (Dominic Rains). He slips some device so Simmons can only hear his voice. That’s a pretty insidious device, but again Simmons all but put herself in that situation by helping the Kree lapdog out. 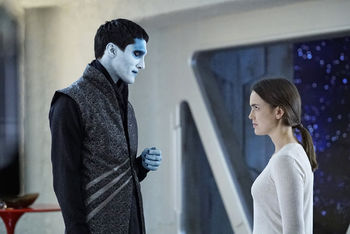 Coulson being indebted to trader Grill (Pruitt Taylor Vince) doesn’t seem like an especially exciting subplot. This is just the immediate gut reaction, but this just seems like it’s going to be one of those pesky, annoying subplots that is created solely to be a nuisance to Coulson.

There were some interesting developments namely the don’t call them T-sphere Kree lady with the killer balls. She’s interesting and I like the whole James Bond villain gimmick shtick with her staying silent throughout Orientation Part 2. The impromptu death matches was kinda neat, especially since it led to another terrific May fight. Clearly, these guys needed SHIELD to come shake things up, but it seems a little early in the season for a wholesale revolution.

Maybe the biggest development of Orientation Part 2 was Deke dropping the bombshell that Quake was responsible for destroying the Earth. While that’s possible, I hope this isn’t another season where everything has to revolve around Daisy. AOS is so much better when everyone gets a season long subplot of consequence.