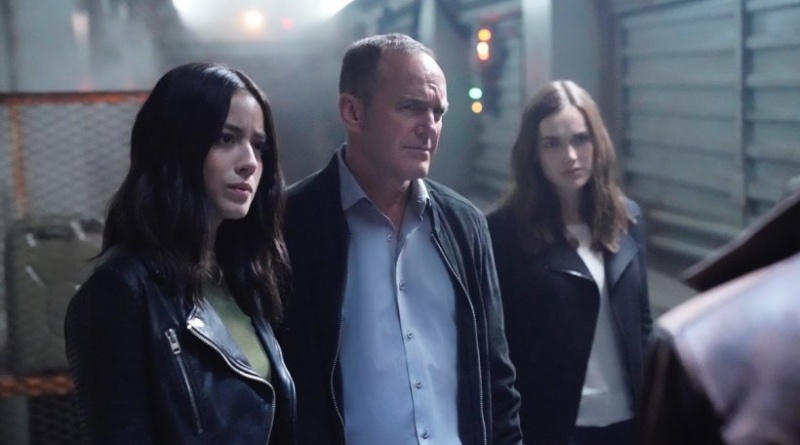 Orientation: Part 1 took Agents of SHIELD in an entirely different direction. Initially, I wasn’t sure I liked this drastic shift, but by the conclusion of the first hour, it had me intrigued about where this season is heading.

The fifth season started off weird with one of those extended scenes with no dialogue and a random song playing with little connection. This one focused on one of the guys who captured Coulson’s crew. These song scenes have been overdone and are just annoying now. At least this one featured an interesting reveal with the guy being an alien wearing a human costume. Weirdly that didn’t get addressed again in Orientation: Part 1.

Most of the episode focused on the team trying to figure out what the heck was happening. Coulson awoke in the midst of an airlock springing open and the strangers with him getting whisked away by supersized aliens. Simmons and Yo-Yo discovered a bunch of dead dehydrated dudes, Daisy explored a new possible career change as an exterminator and May met Starlord Jr. aka Deke (Jeff Ward).

There were a lot of questions raised, but few answers were provided. I didn’t mind not knowing everything, but the slow roll out of information felt a little forced. One of Coulson’s new pals had more than enough time to give him some information, but kept talking around it until a roach nabbed him.

While the lack of information got borderline annoying, the team interaction was great. Mack was great all episode with his exasperation with space being the one thing they hadn’t done yet and his punch first wait on answers later approach. Mack has always been the team’s voice of reason and his pop culture appreciation — first with Terminator with the LMDs and now with Alien for the roaches — makes him the one guy every team needs.

The banter was consistently great with Simmons dismissing their space trip as magic and Mack & Yo-Yo getting on Colson for not having his souped up prosthetic. 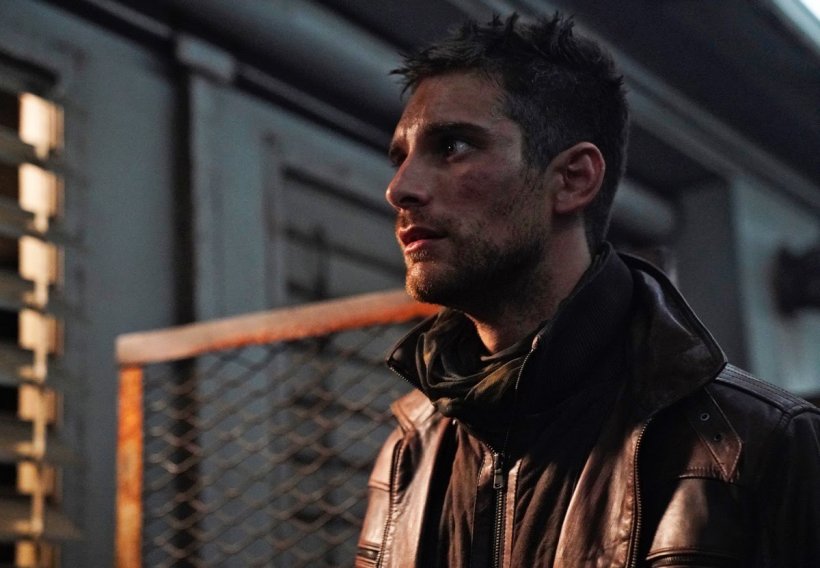 I’m slightly worried about the Kree being positioned as a main antagonist this season. They’re a little too powerful for Coulson’s squad save Daisy to consistently handle. Although I can’t wait to see how Mack upgrades his shotgun axe in space. I was glad the presumed Kree invasion was a red herring. SHIELD is good and all, but I can’t see them being able to stop an Earth invasion with five agents.

The lack of Fitz in Orientation: Part 1 was weird. Fitz being the agent left behind makes sense, but it feels like the team was together besides him just last season. Deke has some potential as he fills the cocky agent role the team has lacked since Hunter’s departure.

It’s crazy how the season is just underway and there’s already panic about the ratings. Friday is a terrible time slot, but at least ABC isn’t shortchanging AOS with the budget. The outer space sequences and the spaceship looked excellent for a TV show with a great amount of detail.

The big reveal for this episode was a doozy as the team learned they weren’t in 2017 any more. And Earth has been destroyed. That’s a strong way to kick off the season. Now let’s check out Part 2.