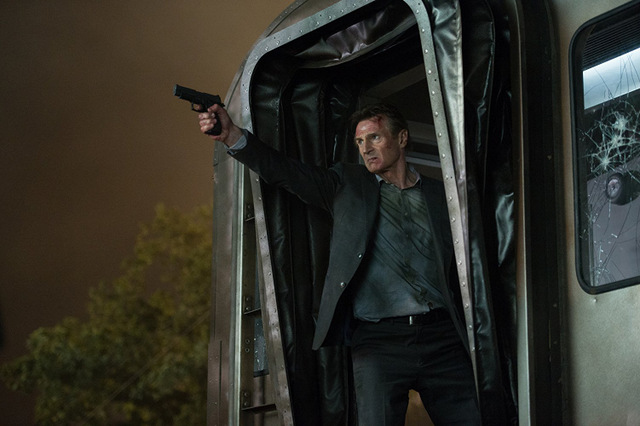 Picture a less suspenseful, dumber and overall ill-conceived rip-off of Non-Stop and you’ve got The Commuter. Besides the most basic premise, the only thing those films have in common is star Liam Neeson and even he appears underwhelmed.

Non-Stop was another worthy entry in Neeson’s career renaissance reinvention as a kick-tail action hero. In that film, Neeson played an air marshal who had to determine who was killing their fellow passengers even as they taunted him via text. It was clever, had some nice twists and smartly limited the action requirements for Neeson. 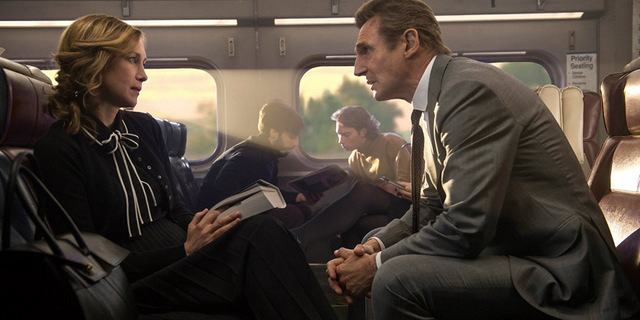 This was a case where there was only so much the trailers could reveal to properly sell the movie, but it ends up spoiling too much. The script, credited to three screenwriters lacks any true surprises with some significant plot developments being telegraphed way too early.

Michael quickly realizes he’s made a terrible decision and calls his cop buddy Alex (Patrick Wilson, who never actually gets a scene with his The Conjuring co-star Farmiga). Running out of options and stops, Michael has no choice but to learn the secret of the mysterious passenger and avoid becoming considered a threat himself.

Neeson reunites with his Non-Stop, Unknown and Run All Night director Jaume Collet-Serra. Collet-Serra has a better than average sense of how to stage action sequences. A passenger train offers a surprising amount of potential dangers even without people trying to kill Michael. What the film lacks in brains, it at least has some exciting action.

With a few exceptions, Collet-Serra believably stages the action so the 60-year-old Michael can handle himself in these sequences. At 6’4”, the 65-year-old Neeson still has the presence and physicality needed to play the experienced action star. Neeson still has a knack for bring out the every man nature in his character, but this time it feels like more of a struggle.

Like Non-Stop, The Commuter commendably features a diverse cast. There’s a great mix of various people of color. I’m looking forward to a time when films don’t warrant extra credit simply for being diverse. Until then, more movies need to follow the example of The Commuter where none of the characters are defined by their race. The cast easily could have been comprised of just white actors, but casting director Reg Poerscout-Edgerton understands this approach is the easiest way to be inclusive.

The characters here are more suspects until proven innocent. None really get enough screen time to properly distinguish their characters save Shazad Latif playing an obnoxious broker. 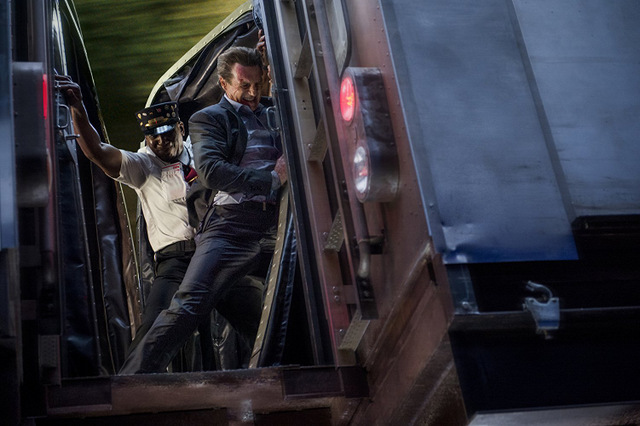 There’s a lot of logistical loopholes that pop up like how Joanna seems to be aware of every move Michael is making without a camera on the train. Michael also makes several boneheaded, illogical decisions seemingly just for the sake of keeping the movie going. The final act seems attached to the wrong movie leading to a predictable conclusion.

The Commuter is easily one of Neeson’s weakest action hero outings. The script doesn’t hold up and the characters aren’t particularly memorable. For viewers willing to take a no-frills ride, The Commuter makes for an OK experience, but it’s one you can easily wait to pull up in your home TV station.