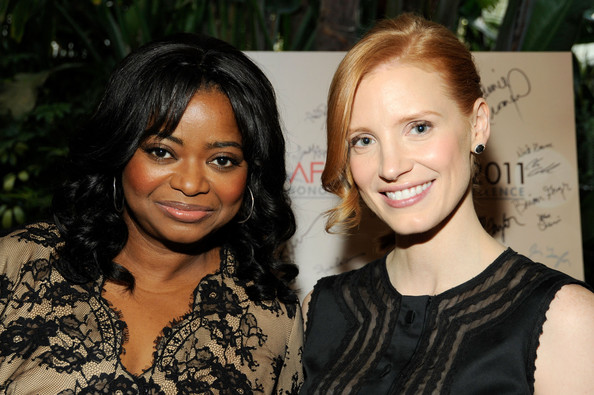 Is there a better comedy travel movie than Planes, Trains and Automobiles? If so, I haven’t seen it. While I typically cringe at the mention of remakes, I’m intrigued at the news of an upcoming Octavia Spencer and Jessica Chastain collaboration.

Variety reports The Help co-stars are reuniting for a new comedy from Universal Pictures. Chastain came up with the original pitch with Kelly Carmichael and Peter Chiarelli will write the script focusing on two women trying to get home by Christmas.

I like the Chastain/Spencer pairing and think they can create their own magic without coming off as poor imitations of Steve Martin and John Candy’s classic. Chastain (Molly’s Game) tends to take on more dramatic films so I’m interested to seeing her comedic skills. Spencer (The Shape of Water) is good in anything so this should be fun. Chiarelli will earn a gold star if he manages to craft the script without making their races a constant source joke fodder.

For Universal, there’s no doubt execs are hoping for another Girls Trip sized hit. Last year’s highest grossing live-action comedy ($115 million) had a meager $19 million budget and was a major win for the studio.

Given the theme, I’m hoping the film will get released around Christmas time. Maybe I’ll get a new film to add to my annual Christmas rotation?