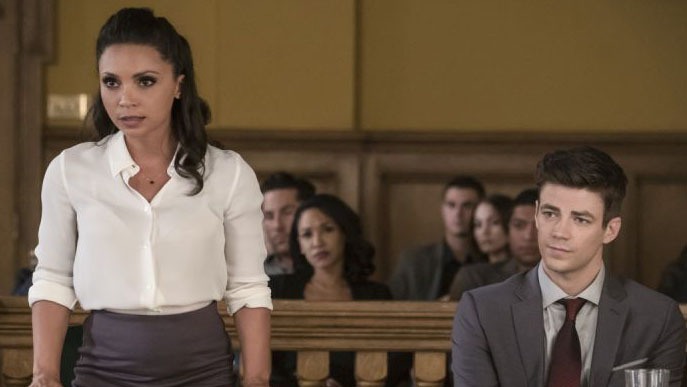 Since the show hasn’t been renamed The Elongated Man it’s probably safe to assume the verdict in The Trial of The Flash won’t stick. But if any hero deserved to be locked away it’s Barry Allen.

It was actually laughable when Barry tried to threaten Dominic that he would stop him. There was no evidence that Barry was even remotely capable of outsmarting The Thinker anytime soon. Earning that prison sentence? Totally different story.

Barry showed a complete lack of interest in the trial. He seemed resigned that he was going to be found guilty and basically sat on the sidelines until the verdict. Keep in mind this is the same guy who didn’t sleep and tried to rewrite time to keep Savitar from killing Iris. Faced with another major threat to keep them apart and Barry’s like ‘nah, I’m good.’

Few superhero shows could make a courtroom episode exciting, but The Trial of The Flash felt even more frustrating as everyone seemed more interested in finding ways to help Barry’s case. Ralph snapped pictures of Marlize and Dominic kissing; Cicely suggested dropping the ‘I’m The Flash’ bombshell; Iris was going to say it for him and Joe was going to plant evidence. The gang was working overtime and Barry treated it like they were making a big fuss over his birthday.

But when a new radioactive…radioactive meta starts inadvertently gassing folks with his potent BO, Barry snaps into action. And how the heck did Barry manage to get a cell phone into the court room? Just as I was set to gripe about Vibe and Killer Frost being perfectly able to handle Fallout, the writers explain why Barry needed to show up.

To the surprise of absolutely no one paying attention, Barry was found guilty. It was hard to feel bad for him as he just rolled over and took this one. Candice Patton and Jesse L. Martin delivered big time in the sentencing scene as they sold the shock amazingly. 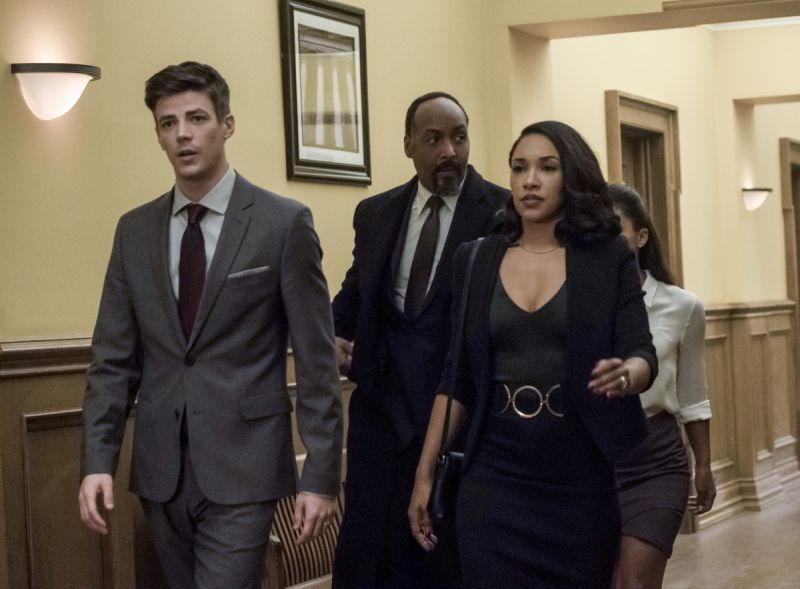 I’m a little worried that this season is already repeating itself with Barry gone and the rest of Team Flash carrying on in his absence. The difference is Cisco, Caitlin and Ralph can come by for superhero pep talks now.

Marlize is really having problems getting used to her husband’s new younger body? This would not be an issue whatsoever if the roles were reversed. I’m curious if the writers will expand further on Marlize being discombobulated about her husband being in a black man’s body.

Marlize is every bit Clifford’s Iris analogy. That scene with Iris and Marlize was great as she questioned what Iris was willing to do for her man. Iris never really has anyone to face off against making The Thinker and The Mechanic great villains for Barry and Iris.

Ralph’s conversation with Joe actually made him sound human and not a skeezy punchline. Dialing down his over the top antics is a good thing especially with him taking more of a focus at this part of the season.

The Trial of The Flash was a tad misleading since Barry was on the hot seat. Despite Barry’s disinterest in his plight there was some good character moments and terrific villain gloating from Thinker and Mechanic.