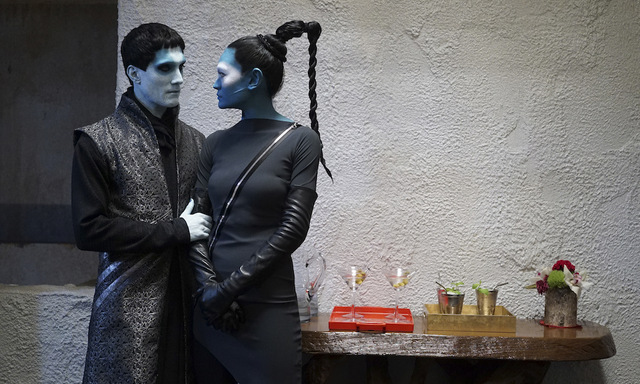 Fun & Games was an odd episode of Agents of Shield. It definitely progressed the Agents in Space arc, but it made SHIELD look like crappy heroes.

By the end of the episode, Deke was right not to want to go all-in with Coulson’s crew. Not that the writers did all that much to make us invested in the space allies, but it didn’t pay off for anyone who tried to help them as they all got killed off.

Fun & Games was broken up neatly with Fitz trying to figure out a way to rescue Daisy, Gemma and May. Meanwhile, Flint (Coy Stewart) went through terragenesis and made some new pals.

Of the two, Fitz’s subplot was the strongest. Fitz came off like a fully capable, assured agent here, which speaks to the character’s evolution since Season 1. He’s no longer the bumbling incompetent and can actually believably carry out a rescue mission. His dismissive attitude toward Kasius’ dinner guests and swagger as he talked with the big bad had a James Bond vibe. Fitz was sidelined for most of the first half of the season, but he’s done wonders in making this arc more enjoyable.

May’s gladiator duel with Ben probably dragged on a little too long, but it had a memorable payoff with Ben’s death. Sure, he tried to make Daisy feel good, but it was actually directly her fault he got killed. Daisy’s battle with Sinara was a big improvement since there was an actual rooting interest in that fight. I loved the Return of the Jedi style breakout as Gemma killed Kasius and Fitz got them away from the clear new head honcho — Kasius’ big bro. 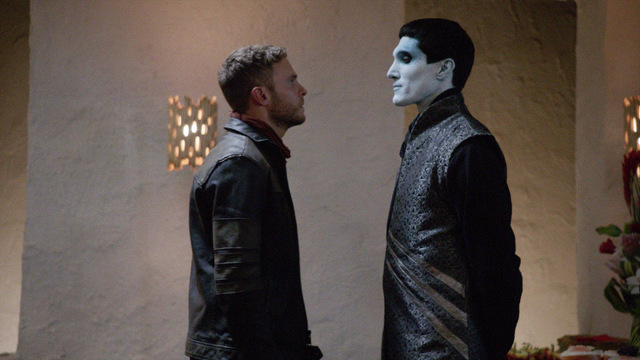 Flint’s subplot wasn’t as much fun as the whole Inhuman learning to use their powers has been overdone. Still, this gave Yo-Yo a nice moment to shine as she shared her uncertainty when her powers developed. Yo-Yo has been such a great addition to the team and every episode she’s starting to have at least one scene to provide that take of someone who wasn’t brought up through the Shield line of thinking. Previously, that was Daisy, but Yo-Yo makes it feel fresh.

While it was somewhat slow, Flint’s spotlight significantly advanced the main arc. With Grill about to rat Coulson and company out, Flint’s powers triggered and he smashed Grill with a boulder. Grill has always felt like an obligatory mid-boss character who was just going to be an irritant as opposed to a real problem. At least he had a great death.

The excitement over a nuisance character’s death was tempered by the Kree killing Tess too. So if you’re keeping score at home, every person Shield has dragged in to helping them for the greater good is dead. Except for Deke because he apparently has an untapped Inhumans power of seeing the future and knowing they’re bad news.

I know we’re only supposed to worry with Shield, but both Ben and Tess died for no other reason than being good enough to try and help them. It’s not like these deaths really mean anything to Shield in the long run, though it was nice for Daisy to have remorse.

Now it’s just time for Shield to find May and figure out a way to get back in time. There were some hiccups along the way, but Fun & Games suggests this space arc is on its home stretch.