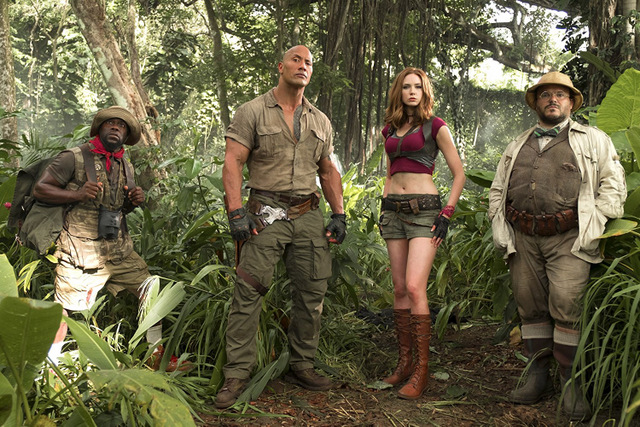 Jumanji: Welcome to the Jungle felt like a long overdue fun classic action adventure comedy that Hollywood just doesn’t make anymore. It’s charming, funny and feels completely untainted with modern cynicism in a desperate attempt to be edgy and relevant. Bucking tradition and trying to cater to a specific audience helps give it a timeless feel that still works in attracting people to theaters for a good laugh and great movie-going experience.

But Jumanji isn’t an ordinary game and the quartet find themselves sucked into its world as its avatar. Spencer is now the walking superhero Dr. Smolder Bravestone (Dwayne Johnson, The Fate of the Furious); Martha the Tomb Raider style hero Ruby Roundhouse (Karen Gillan, Guardians of the Galaxy Vol. 2), Fridge is the diminutive zoologist Mouse Finbar (Kevin Hart) and Bethany is the bearded Sheldon Oberon (Jack Black). 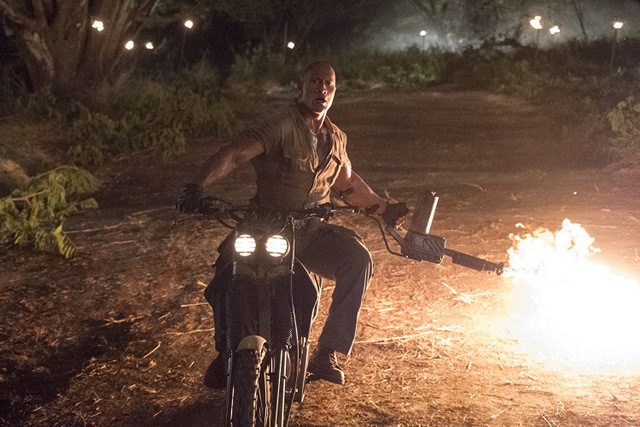 The real charm with Jumanji comes from the cast seemingly having so much fun playing against type. Johnson is always the man’s man in his films, but he’s surprisingly adept playing a nerdy gamer. Gillan is just as fun in making Ruby Roundhouse unsexy despite her attire. Black has the toughest challenge, but sells the illusion he’s a girl in a man’s body so well it’s a reminder of how funny he’s been over his career.

Hart has the easiest role as he’s simply asked to play the same Kevin Hart role he’s done in every movie. His shtick might be running on fumes, but in an ensemble where he’s not asked to carry all the comedy it’s still effective. 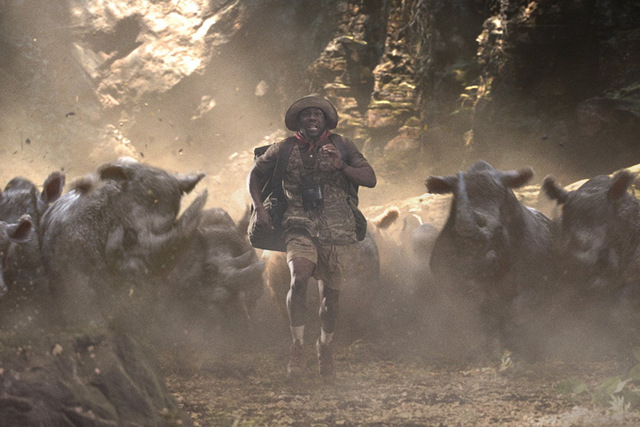 Shifting the premise from the 1995 original with the board game concept to a more modern video game approach allows for some fun changes. There’s video game staples like non-playable characters, status bars, levels (played out by an increasingly more detailed map) and life bars.

The life bars make for a clever gimmick. This allows the screenwriters to have some fun while playing up actual consequences of being in the jungle. Another is the role-playing game party element as each member has valuable skills sets to keep the team moving along. 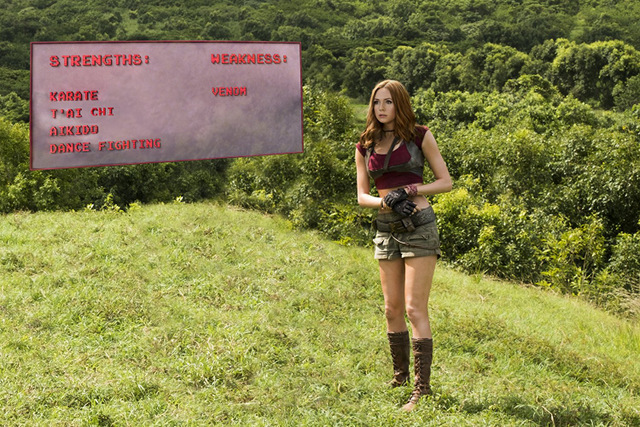 They’ll need them if they have any chance of avoiding the forces of Russel Van Pelt (Bobby Cannavale, Ant-Man) as he’s searching for the gem that will give him power over all of Jumanji.

Director Jake Kasdan (son of Empire Strikes Back screenwriter Lawrence Kasdan) does an excellent job of capturing the flavor of classic 80s/90s action adventure films like Indiana Jones and the Raiders of the Lost Ark, The Goonies and Romancing the Stone. There’s a real sense that anything can happen at any point to the team.

The animal effects are very well done and even with characters exploding, there’s no scene that looks cheap. At just under two hours, the film starts to feel long, but the pacing ultimately holds up. With this crew, the temptation to go longer is obvious, but Kasdan wisely saved some for the inevitable sequel. 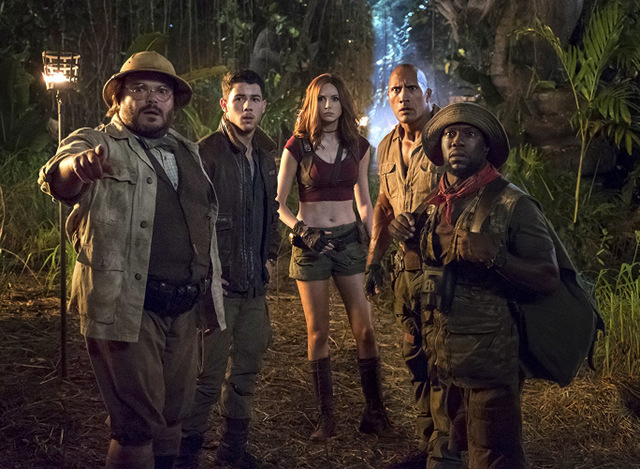 Jumanji: Welcome to the Jungle is such a welcome movie-going experience that audiences should definitely answer this call of the wild.