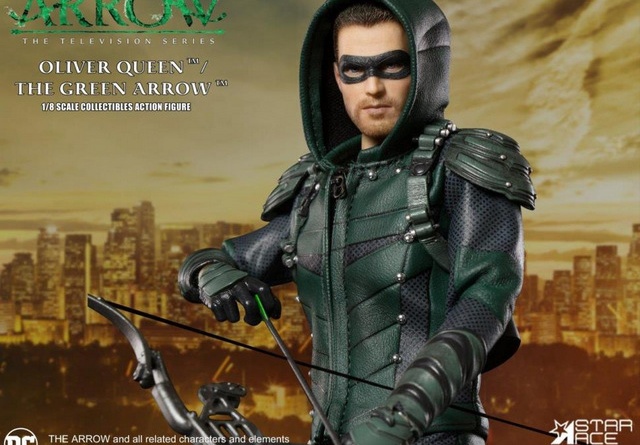 Star Ace is filling a sizable hole for DC CW fans. First up, they debuted The Flash and now they’ve got the other member of DC’s longtime series — Green Arrow.

I don’t really see the Stephen Amell likeness that much here. Maybe it’ll look better in hand? I imagine next up will be Melissa Benoist’s Supergirl. But that’s jumping ahead a bit. Here’s all the info on Green Arrow:

With the perfect balance of realism with a compact size, the 1:8 scale Master Series delivers a collectible that is ready for play or display. This 1/8 scale collectible figure comes with two heads; one with the Green Arrow’s mask on, and one of the unmasked Oliver Queen. 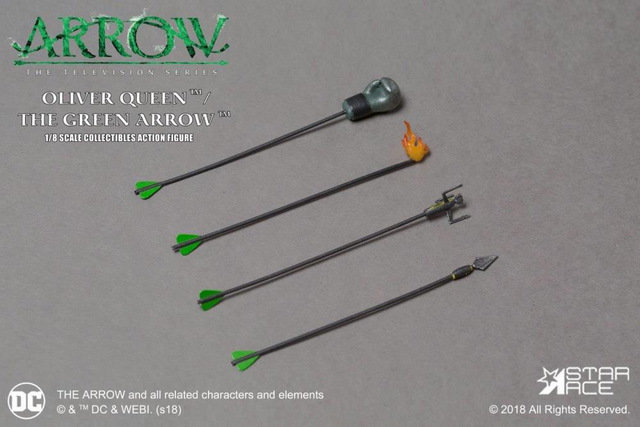 I like that Star Ace is packing a slew of variant arrows. That’s always important as is the ability for the figure to draw an arrow back in the bow. Star Ace has that covered as well so I’m interested in seeing how the articulation flows. 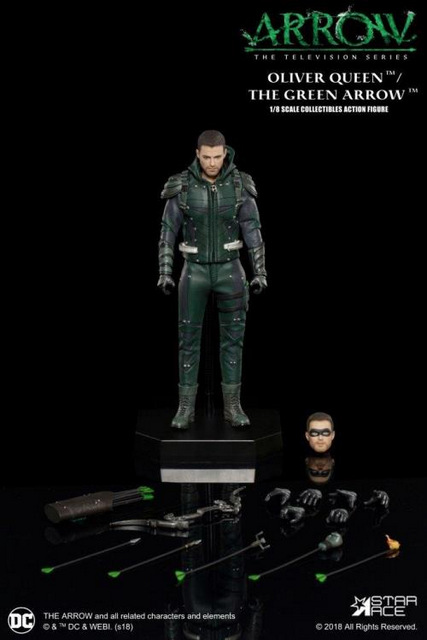 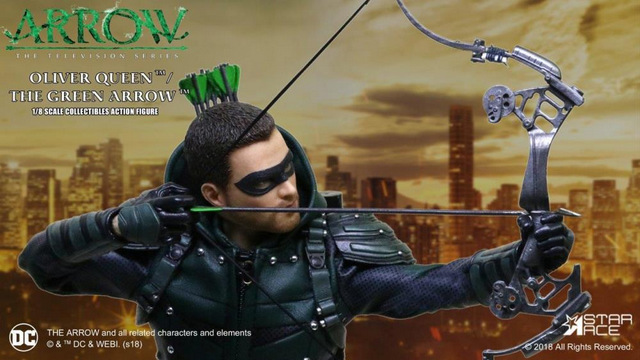 Green Arrow is slated for release third quarter 2018. You can pre-order him from Big Bad Toy Store.

The Flash The Green Arrow Deluxe The Flash Collectible Figure