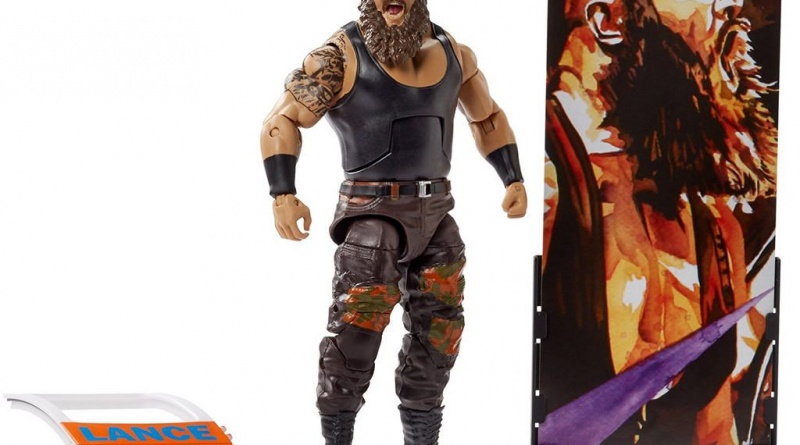 Mattel is cranking out releases faster than retail can keep up. I just found Elite 55 in stores and now we’re getting new pictures of Elite 58 courtesy of a heads up from WWE Figure Insider.

This is another series that won’t do a whole lot for Flashback fans. Between Target’s Hall of Champions and Wal-Mart’s dedicated Flashback Series line this isn’t as big a blow, but it’d still be nice to get some 80s-90s legends incorporated in the main line even if it’s just one Flashback per wave.

I appreciate Mattel trying to come up with some workaround for the stiff plastic coats, but I’m worried slits in Cesaro and Sheamus’ coats will look bad when you move the arms. It’s definitely a step in the right direction though. Otherwise, The Bar looks fine even if more of a cocky smirk would be more appropriate for Sheamus.

This is the Braun Strowman Elite figure I’ve been waiting on. The expression full of intensity is great and the ambulance door is a very unique accessory. But don’t start counting on a Build An Ambulance set anytime soon.

Matt Hardy is disappointing. The box set Return of The Hardy Boyz version featured a better outfit and expression. There’s nice work on it, but to avoid the same situation that occurred with The Dudley Boyz, Mattel should probably crank out that 2000s era Team Extreme version next. There’s plenty of time for modern figures afterwards.

Dean Ambrose is fine. Ambrose collectors have some great head sculpts to choose from with him and it’s cool that Mattel regularly refreshes his head sculpt.

Easily the highlight of the set is Mickie James. This is from her run as the women’s champ and is a big improvement on her earlier figure.

Disappointing articulation aside, this looks to be another stellar female figure. With better articulation, some of these would top their male counterparts in terms of likeness and playability.