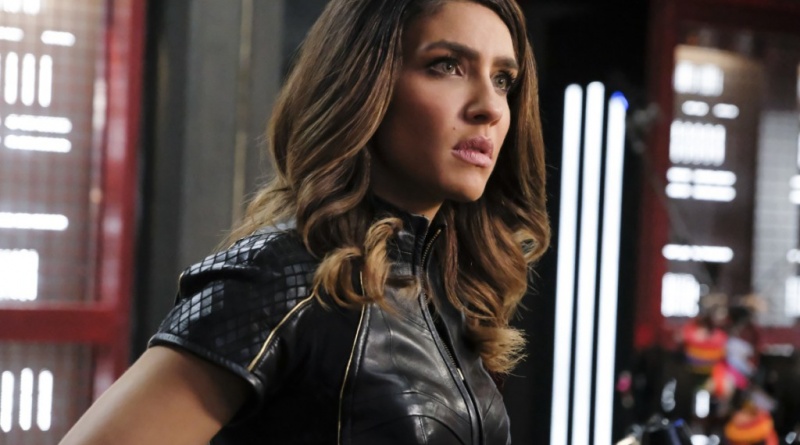 All for Nothing looked like it was going to be an uneventful episode, but the back end turned it around significantly. In the process, it sets up two Arrow allies on a collision course in what could prove to be a major subplot the rest of the season.Paying Up

Turns out paying a terrorist $10 million a day doesn’t do wonders for a city’s budget. Seven days into the Hack Attack, Star City’s finances are already running on fumes. Thea’s stuck trying to find some previously untapped reserves while Oliver has some backup coming from ARGUS. Scratch that. ARGUS probably ranks above the Gotham City Police Department and right alongside SHIELD in terms of organizational effectiveness. Central City’s Police Department at least solves cases.

It was nice to see two Asian characters in one scene…until one got killed off.

The big takeaway was Star City is in its own kind of No Man’s Land like the acclaimed Batman story — minus the massive property damage. That would probably make for a terrific season long arc for Arrow. Cayden James would have been the right kind of villain for that with his control of technology strong enough to plunger Star City back to the Stone Age.

Anyone else think Arrow or Supergirl doesn’t do nearly enough with the news tickers? I’m constantly looking for random DC Easter Eggs only to see straight news reports. It seems like a wasted opportunity. 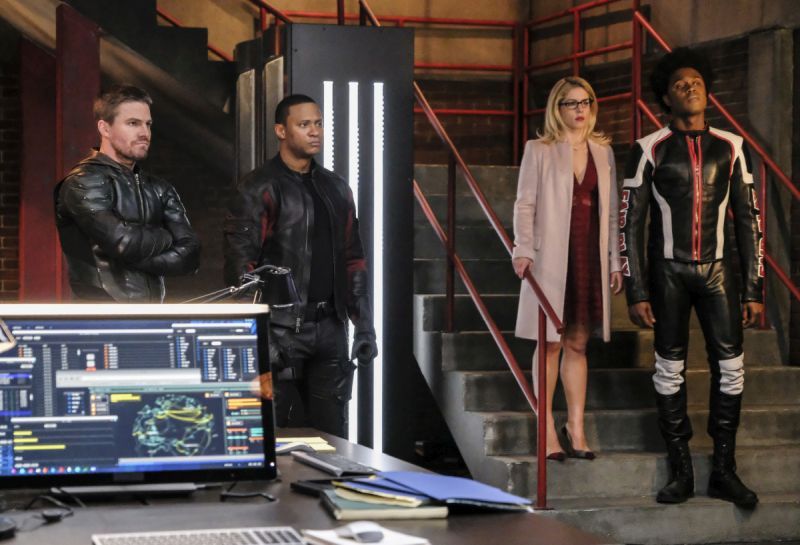 Quentin’s subplot was interesting as he noticed Black Siren tailing him the last few days. With Thea’s help, he lured her into a This Was Laurel’s Life room complete with highlights of her as Black Canary. This approach probably wouldn’t go over well in therapy. Predictably, Siren freaked out and ran away, but Lance was encouraged he was starting to get through to her.

Return of the Flashbacks

For the first time in months we get another flashback. This time it’s a look back to Vince and Dinah’s first meeting as undercover officers with the CCPD. It was nice to see Patrick Sabongui make an appearance as Capt. Singh to maintain the Arrowverse connectivity.

This flashback helped provide new light on Dinah’s sense of remorse regarding Vince. He recognized things were going bad with their role as members of crime lord Sean Sonus’ operation, but Dinah wanted to continue the mission. We saw how that turned out, which explained Dinah’s reluctance for Team Arrow to ask Vince to place a device to download James’ files.

I’m not a fan of The Outsiders constantly working with Team Arrow. The writers need to be more committal with this split otherwise the Outsiders are just going to come off like whiny teenagers who’re tired of playing by mommy and daddy’s rules, but still come over for family dinner. 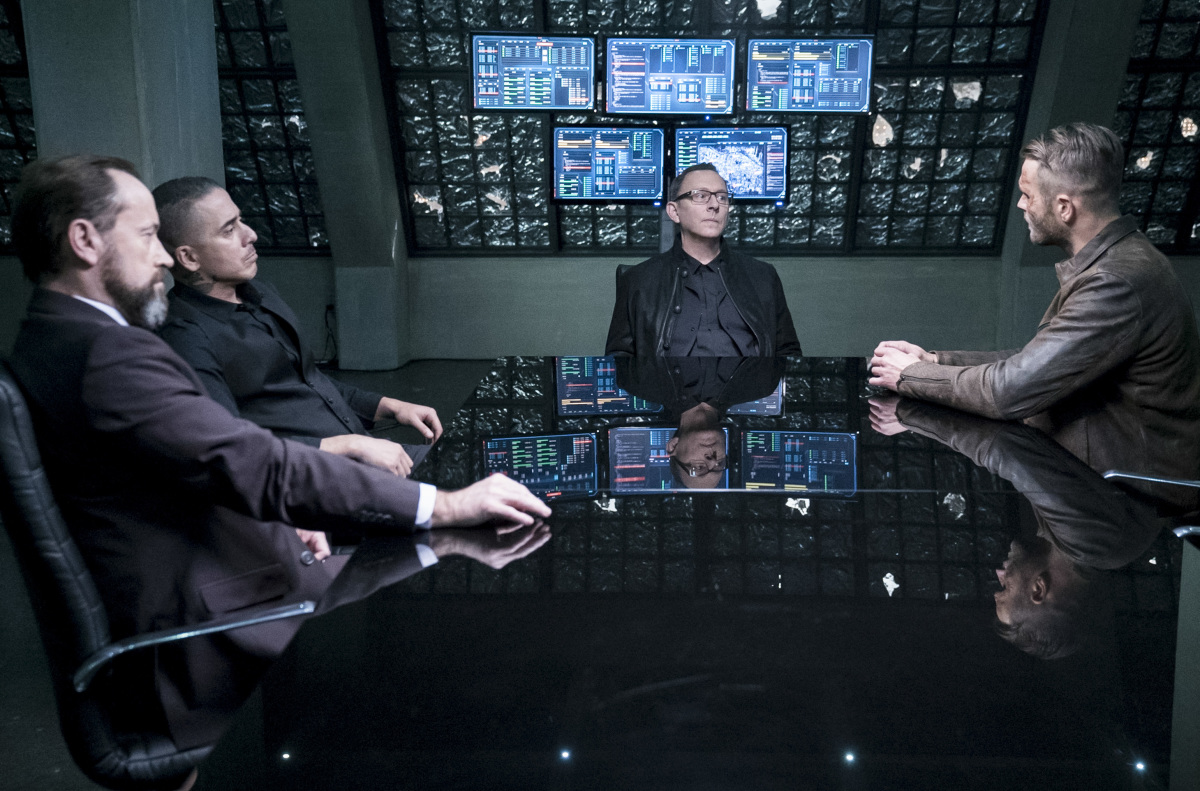 Felicity uncovered the doctored footage of Arrow ‘killing’ James’ son. I’m not sure this season needs another big twist and it might be super late in the game to introduce the real villain. But James is clearly working with spotty information and this vendetta being driven by faulty information seems like a stretch. His revenge quest was never going to be as good as Prometheus, but it feels somewhat goofy that always these people are being killed on a lie. Whoever the real manipulator of this conflict is, they’ve got a better reason for their agenda.

Another one bites the dust

It wasn’t that surprising that Vince got busted. Cayden seemed a little too smart to buy Vince’s story and once he got on Cayden’s radar, Vince was a goner. I really liked the agenda conflict in All For Nothing as Dinah rightfully called Oliver and Diggle out for citing the greater good when they have ditched everything when Felicity and Lyla were in danger. And the lack of a full team prevented Oliver and Diggle from finding Cayden’s bomb. 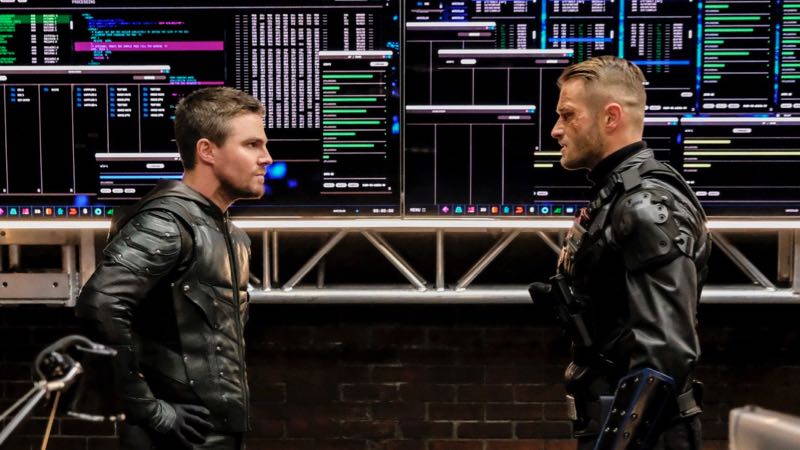 This made for one of the better examples of why a full Team Arrow is needed. Neither team was able to accomplish their mission. Oliver lost the bomb while Dinah lost Vince. In a nice cruel twist, Cayden made Black Siren overload and eventually max out Vince’s healing powers. Vigilante didn’t last long in the New Teen Titans and his solo book so his death worked on multiple levels. It sticks somewhat to comic continuity, casts doubts on Laurel’s redemption and will shake up the teams further.

Vince’s death also puts Dinah on a full path of revenge and desire to kill all of Cayden’s crew…starting with Black Siren. Killing doesn’t fly on Team Arrow and it’ll be interesting to see if Curtis and Rene can or would stop her. Or if Quentin will stop her knowing what Laurel cost Dinah. The villains might not be amazing this season, but the interplay with Team Arrow has been strong.

All For Nothing showed that once again Arrow’s divided team won’t stand. The mystery of the real adversary has potential, but it really needs to lead to a good payoff. For now, Dinah going off to take down Cayden’s crew should keep Arrow rolling on a good note for several weeks.