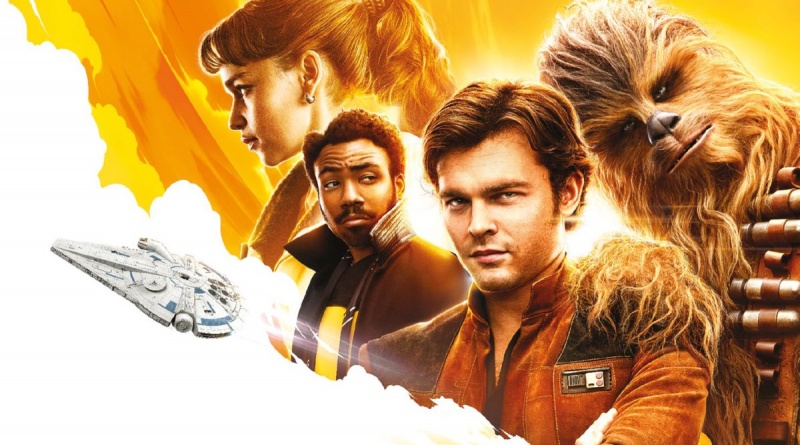 I gotta admit, even as a devoted Star Wars fan, I haven’t been highly anticipating Solo: A Star Wars Story so far.

There’s been very little that has me feeling altogether confident about the film especially with so little insight from a film slated for a Memorial Day release. Finally, with the first Solo trailer we get some glimpses of how this could turn out. Was it enough to turn the tide?

One thing I definitely like is the score. That main theme has a cool heist vibe to it while still feeling very much like a part of the Star Wars universe. I wasn’t sure what to make of it at first, but I dig Donald Glover’s Lando Calrissian look.

I really dig the establishing shots of the Millennium Falcon and that club scene. The presumably villain characters had a fresh design and as always, I’m down for any snow scenes in a Star Wars movie.

The one tiny thing that still has me concerned is Alden Ehrenreich. That shouldn’t be a big deal except for the fact he’s playing Han Solo. OK, make that a lot concerned. Trying to channel Harrison Ford would be tricky for anyone and I’m still not sold he’s up to the task. But I’m willing to be open-minded.

It was interesting that none of the established characters — Han Solo, Chewbacca or Lando are wearing colors similar to their signature looks. Not like they can’t change their costumes over the decades, but I liked Han’s black and white color scheme and Lando’s silk blues.

In fairness, I wasn’t initially sold on Rogue One: A Star Wars Story, but that went on to become one of my favorite films in the series. Maybe Solo can achieve that manner of success too? I’d honestly be happy if the film proves to be another worthwhile addition to the saga and fills in another gap between Revenge of the Sith and Star Wars: A New Hope.