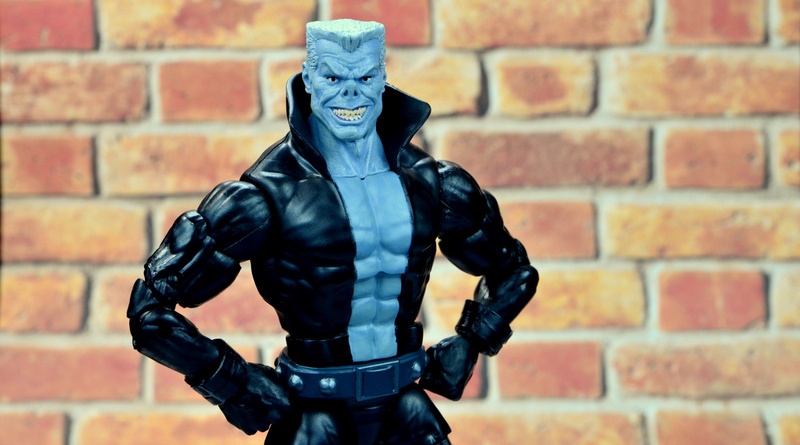 We’re at the point with the Spider-Man Marvel Legends line where there’s not a lot of first time villains left. Tombstone might not be the sexy pick as opposed to some other characters, but he’s one of the remaining tenured Spidey villains left. And he’s a character that works just fine battling other street level characters too. With no great Build-A-Figure lure to encourage me to quickly complete this wave, I’ve taken my time getting them and Tombstone was definitely worth waiting on — in more ways than one.

Package:  Nothing all that exciting here. It’s the standard Marvel Legends set up. Tombstone’s package looks especially empty due to BAF piece that could be mistaken for part of the figure or an accessory. 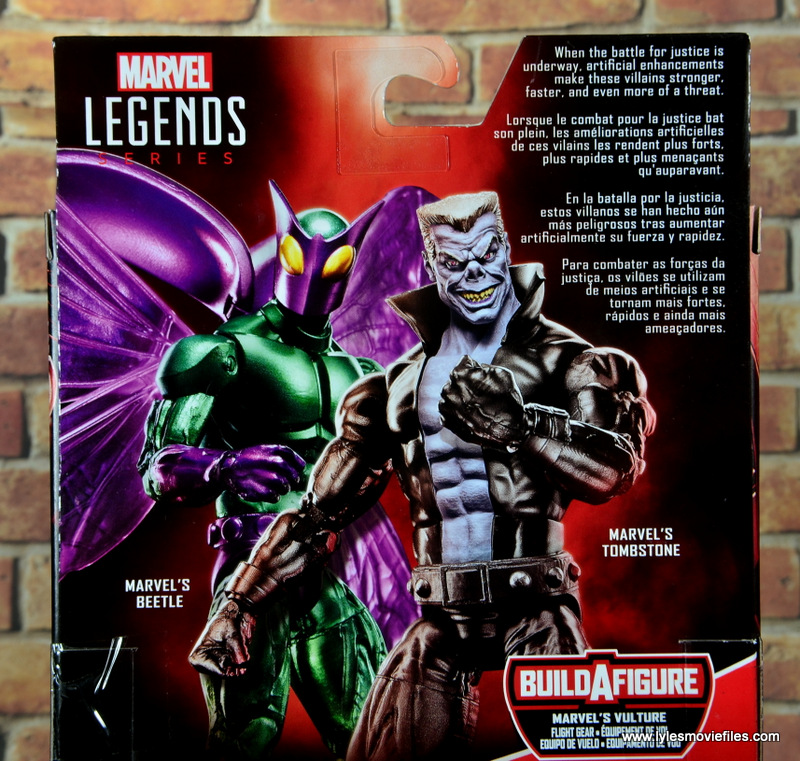 The side has a great drawing of him and the shared bio with Beetle makes for a generic write-up. Let’s move on.

Likeness:  Without any fancy accessories or a cool BAF, the figure is the lone selling point here. For Tombstone fans, I don’t think he’ll disappoint. He’s got that signature Sal Buscema head sculpt with the toothy, vampiric nose, sinister grin and immaculate flat top. 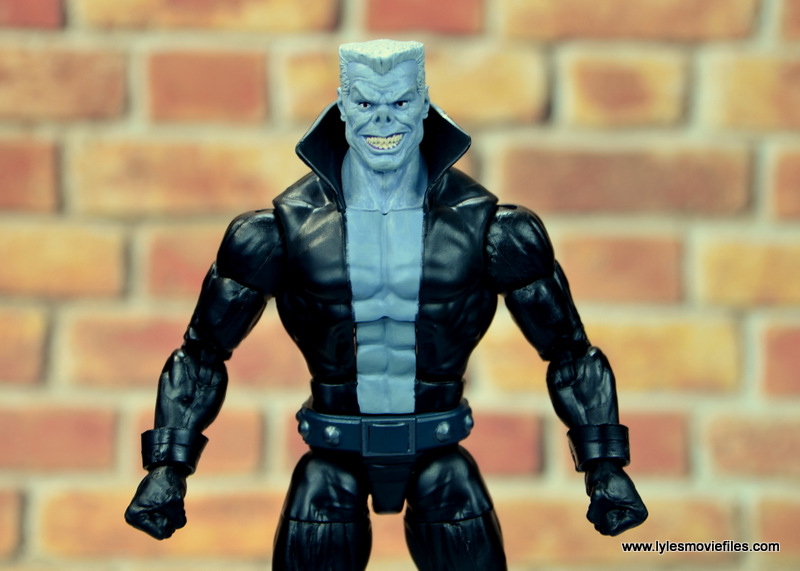 Tombstone gets the beefy, thick torso to show off his ripped muscles thanks to that signature open shirt/jacket with flared collar. Hopefully the collar can be reused for a redo Banshee figure. Tombstone’s big studded belt and boots look great as well.

There’s nothing really flashy about this guy, but he has a ton of personality and bad intentions thanks to this inspired design. The figure does a great job conveying that menacing presence.

Scale:  Tombstone looks over Captain America and towers over Spider-Man making for a nice imposing figure. 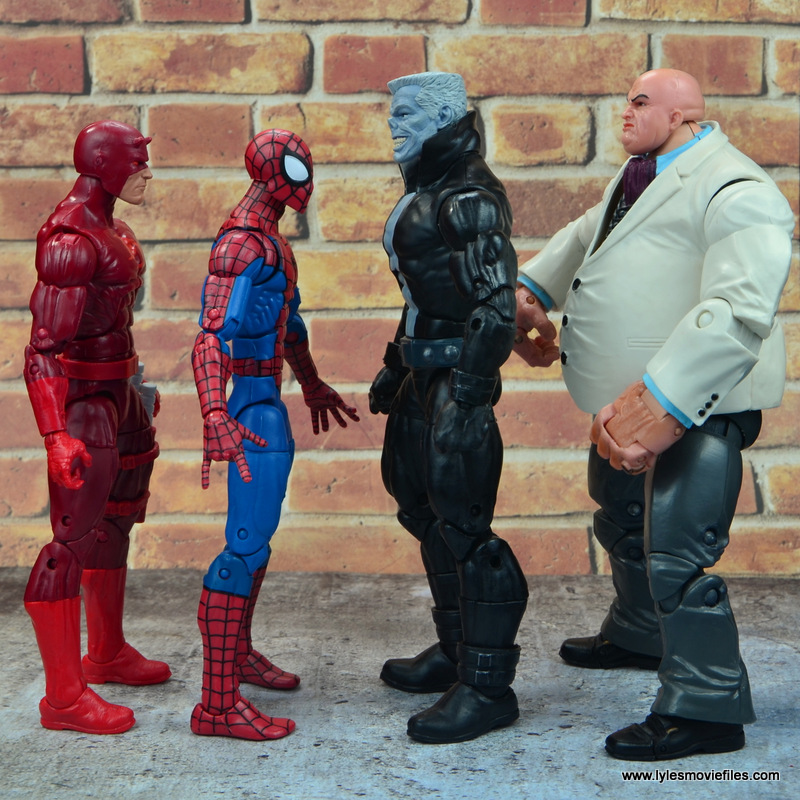 Paint:  Tombstone isn’t a paint intensive character. Hasbro nailed the chalky white skin tone with appropriate use of blues and greys. The eyebrows and hair pop with a flat white and the teeth have a white yellow hue. The detail around the teeth and gums is sharp. His belt has a slate grey with silver studs. The rest of the figure is flat black, which is accurate.

Articulation:  Tombstone is a brawler and the Marvel Legends articulation setup allows for some fun fist-pounding action. Your creativity is the only limit when matching him up with Spider-Man, Jessica Jones and company. 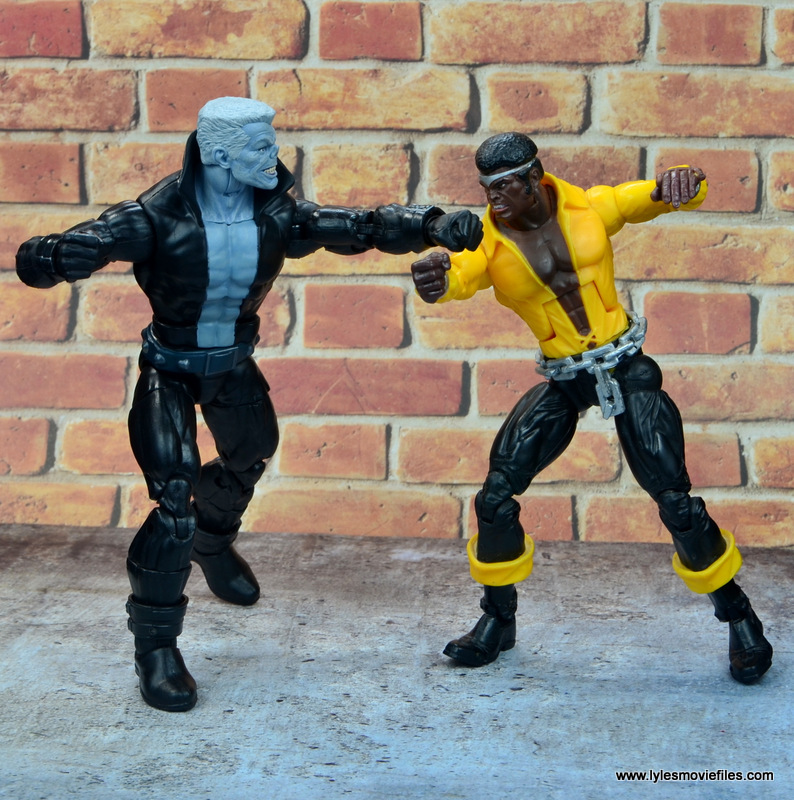 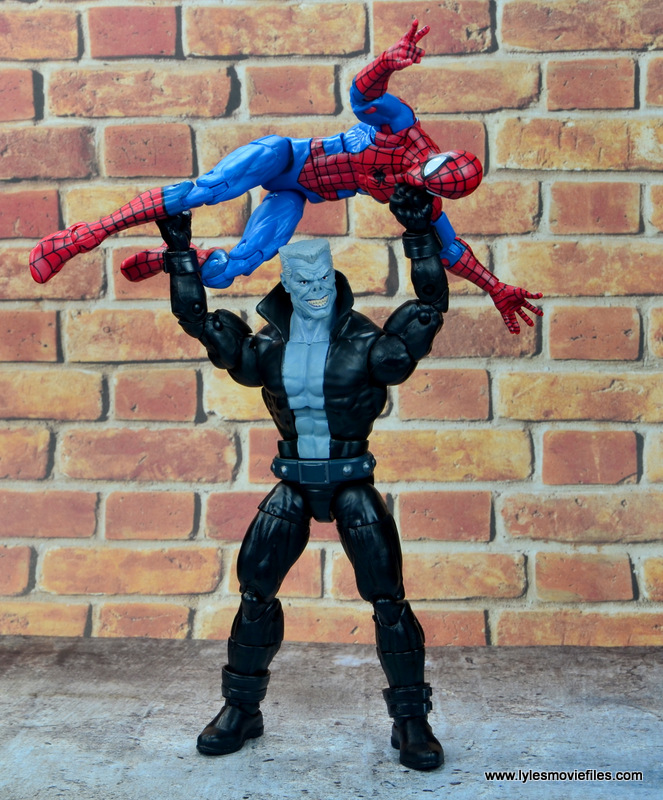 Accessories:  Like a lot of figures in this wave, Tombstone didn’t get a lot of help with some highly desired Build A Figure. Instead, he gets one of the gears for the Build A Wings Vulture figure. 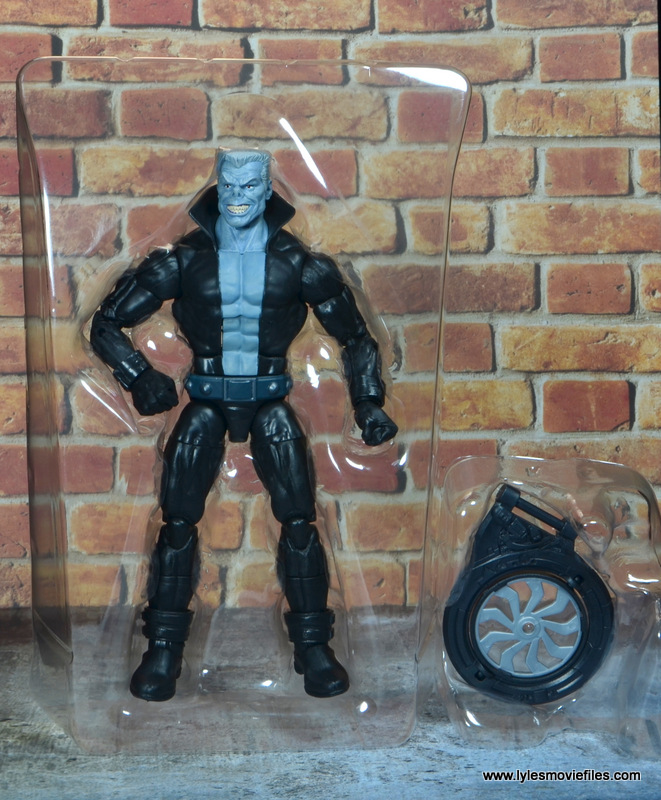 This was easily my least favorite of all the 2017 BAF options. That really hurts the value of a figure like Tombstone with no other obvious accessories either. It’s really rare for Hasbro to come up completely short for a figure in this category. 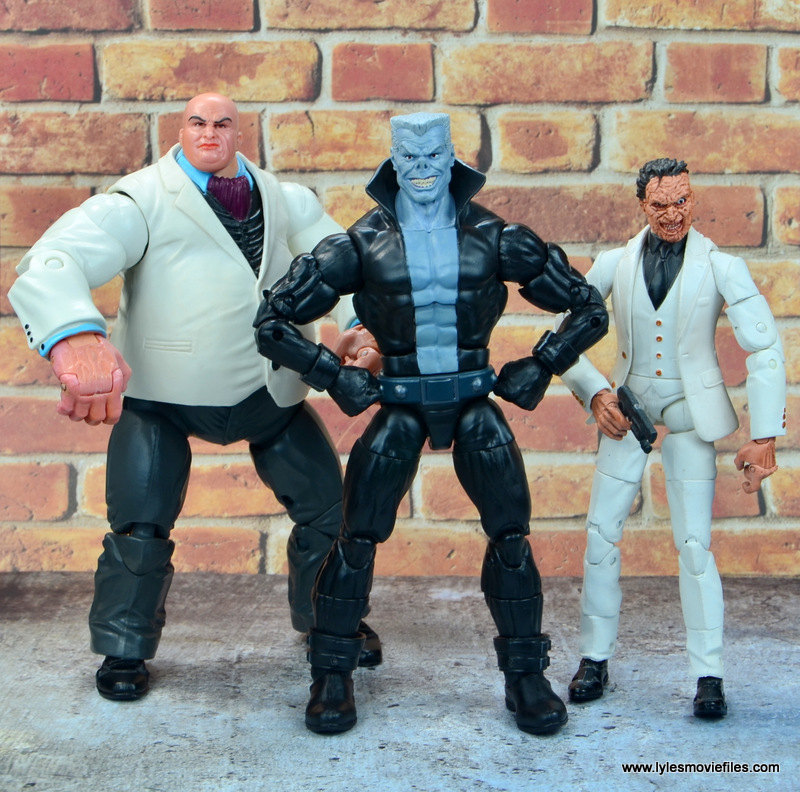 Worth it?  During Christmas, this guy was a real steal regularly going for under $10. Even with the lack of a BAF piece, I’d consider $15 the fair price for a 2017 Marvel Legends figure. For $5 less, that’s even better for Tombstone.

He wasn’t as highly desired as some other 2017 releases, but Tombstone adds a distinct member to the Spider-Man Rogue Gallery. 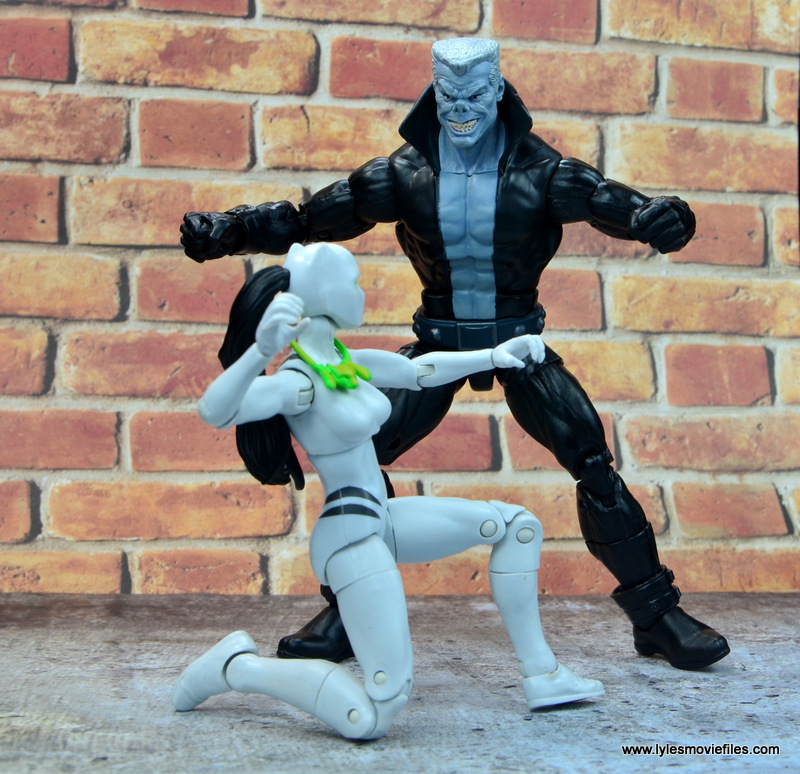 Where to Get It? Tombstone is one of the few still very visible members of his wave. I’d try Toys R Us and Target stores first, but if for some reason you strike out there, Amazon is another route. if you just want the entire wave get the full set from Entertainment Earth.com