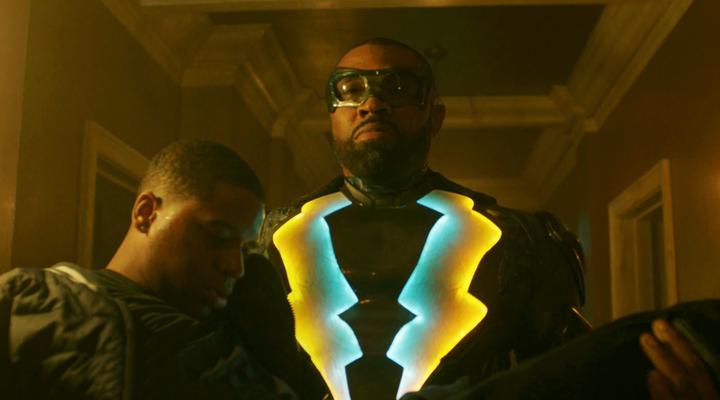 Black Jesus was another strong episode for Black Lightning and was the first to really flesh out the foundation for the first season arc. There was some significant character development that will steer agendas and decisions in what looks to be a very intriguing way.

I love that Jefferson’s day job is actually interesting and provides ready made plots. This week, one of his students got hooked on a new designer drug — green light. Another aspect that’s awesome? The soundtrack and how each week there’s a song that directly ties in to the main plot.

We got the tease of some pending high school drama as Jefferson is leery of letting problem kids get disciplined by the school board. But with his contract up he knows they’ll replace him with someone more pliable if he raises too much of a fuss. That’s real world issues and the kinds of concerns Barry, Oliver and Kara never seem to face.

While tracking down green light, Black Lightning encountered an old pal 2-Bits, who was selling it to provide for his family. In a moment that truly spoke to how this isn’t unlike any other superhero show, Black Lightning didn’t bust him to spare him from a life sentence. Green Arrow probably wouldn’t have cared. But both definitely aren’t down for selfies. 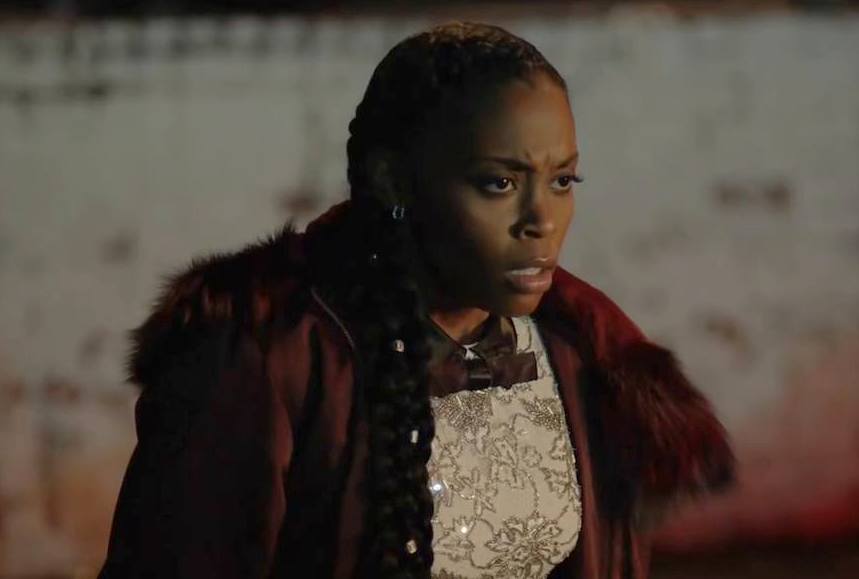 Anissa’s subplot had some worthwhile advancement in Black Jesus as well. This episode did a better job of showing her mounting frustration with the issues plaguing Freeland and her desire to do something about it. The writers eased up somewhat on rushing her into becoming a hero to explore her motivations more. In this instance, it was preventing her students from getting hooked on drugs.

Previously, we’d just heard about Anissa being the great Harriet Tubman of her community, but this direct example was much more effective. Anissa’s frustrations further played out when she confronted the drug dealers, but her inexperience with her powers left them in need of medical assistance. I liked that a lot as it establishes Anissa’s need for a learning curve.

I appreciated the effort to explain her motives better as opposed to framing it like Anissa has powers and now wants to be a hero. This episode showed she’s always had those instincts and the powers will make her efforts more effective. Being a hero isn’t something Anissa will be doing for thrills. The dinner with Captain Henderson was funny as Jefferson got a kick out of his daughter defending Black Lightning’s actions.

Tobias also saw his character evolve from intimidating crime lord to a schemer willing to play the long game. Lady Eve reminded him killing Black Lightning was what put him on the map and for BL to still be alive was like Tobias lied on his resume. Jill Scott is being used in small, but very effective doses and I really like her politely menacing delivery. Lady Eve doesn’t need to be the focus of any episode just yet, but I love her subtle threats to Tobias and that albino magic story was great. 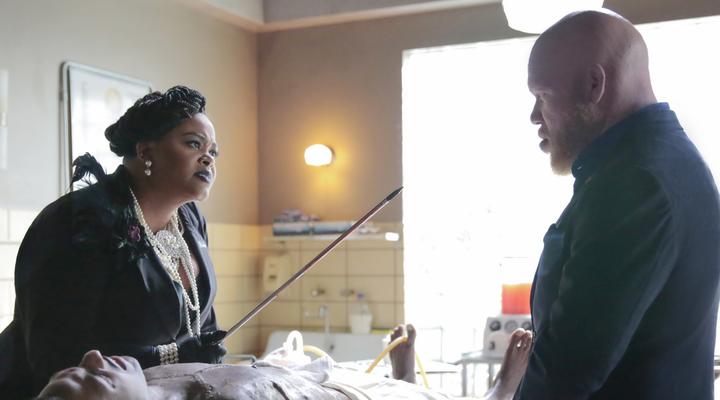 There was a fun line where Tobias interrogates the mortician asking if the man pulled from the river was dressed like Earth, Wind and Fire. That’s a nod to Black Lightning’s earlier costume, but the show seemed to established BL debuted in his more modern bald, traditional spandex outfit. For the record, I’m a fan of the original EWF inspired costume.

With a suggestion from his sister, Tori (Edwina Findley Dickerson, Get Hard), Tobias starts his long game plan of discrediting Black Lightning using Khalil. I’m glad he wasn’t abandoned as a character and looks to be a pivotal player going forward as Tobias’ unwitting pawn. That should prove easier now that Khalil’s spine is severed preventing him from ever walking again unless Gambi can whip up a paralysis overriding chip like Felicity and Curtis…

I’m still irritated at Gambi for wiping the footage of Tobias so I’m hating just a little on the electric vision upgrade. Black Lightning is a meta and doesn’t need a special suit to give him a bunch of fancy powers. He’s not Iron Man and doesn’t need to be. Now, with Anissa at least on Gambi’s radar it’s a matter of time before she ends up facing off against Black Lightning. I’m a lot more intrigued about that prospect now.

Black Jesus was a smartly timed episode as it eased up on the incident of the week format to offer some insight as to the larger direction of the season. It’s encouraging to see Black Lightning doesn’t seem poised to flicker out and run out of steam any time soon.