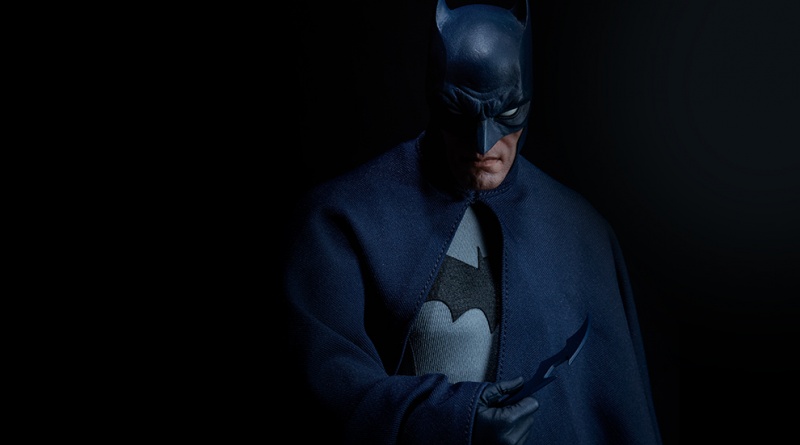 Sideshow Collectibles is quietly setting itself up for an epic 2018. They already debuted its very impressive Return of the Jedi Luke Skywalker figure. Now they follow it up with an equally strong looking Sideshow Batman figure.

This is mostly a classic comic book interpretation with some small paneling details for realism. I don’t mind that too much since the rest of the figure looks so comic accurate.

The Sideshow exclusive features an alternate Bruce Wayne head. The Wayne sculpt looks a little too mean, but he doesn’t need to be smiling away in costume in the Batcave.

Out of the shadows, he emerges! Sideshow is proud to present the Batman Sixth Scale Figure.

The Batman Sixth Scale Figure is disguised in a custom-tailored fabric costume, featuring a grey undersuit with the bat-symbol on the chest, along with blue briefs and his signature bat wing cape. He also wears a pair of blue sculpted boots and a pair of bladed gauntlets, along with his yellow utility belt. Batman’s head sculpt is inspired by his comic book appearance, with his stylized cowl with white eyes creating the iconic silhouette of Gotham City’s vigilant defender. 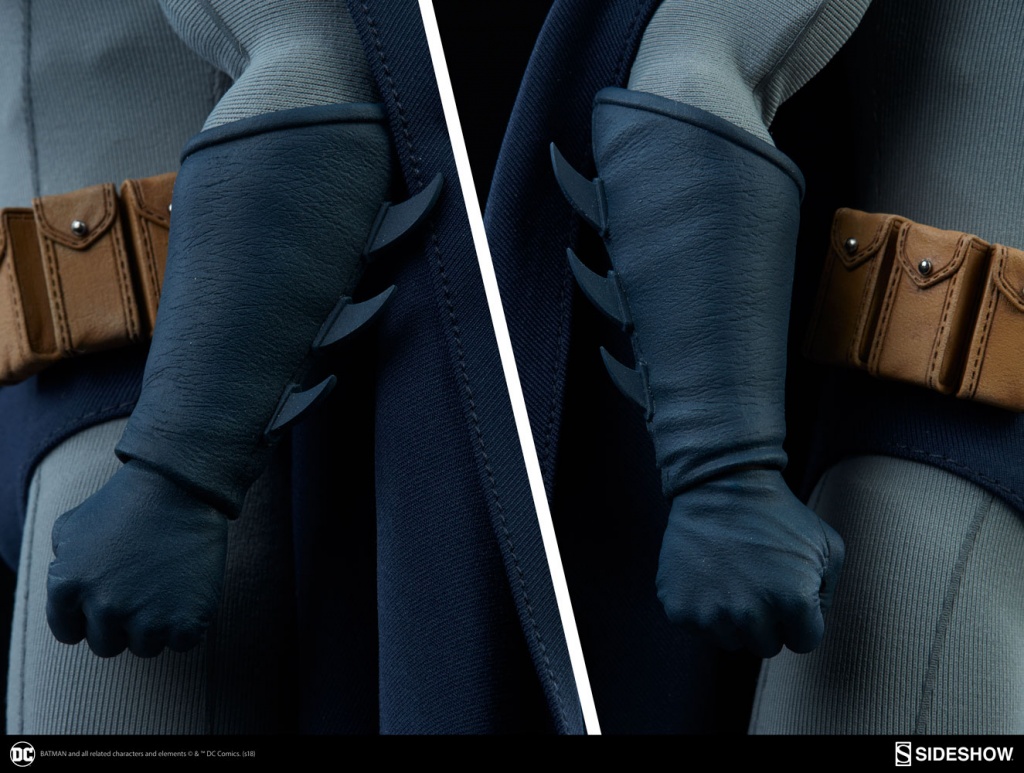 The Batman Sixth Scale Figure has a muscled body design, articulated for a variety of action-packed poses. Equipped with an arsenal of bat-gadgets, Batman comes with two styles of Batarang to hold, as well as three sets of sculpted hands, including right and left fists, Batarang grips, and dynamic gesture hands.

The Exclusive edition of the Batman Sixth Scale Figure includes an alternate head sculpt of Bruce Wayne, the man behind the mask. Choose which heroic face of the Caped Crusader you want to feature in your collection with this exclusive added display option. 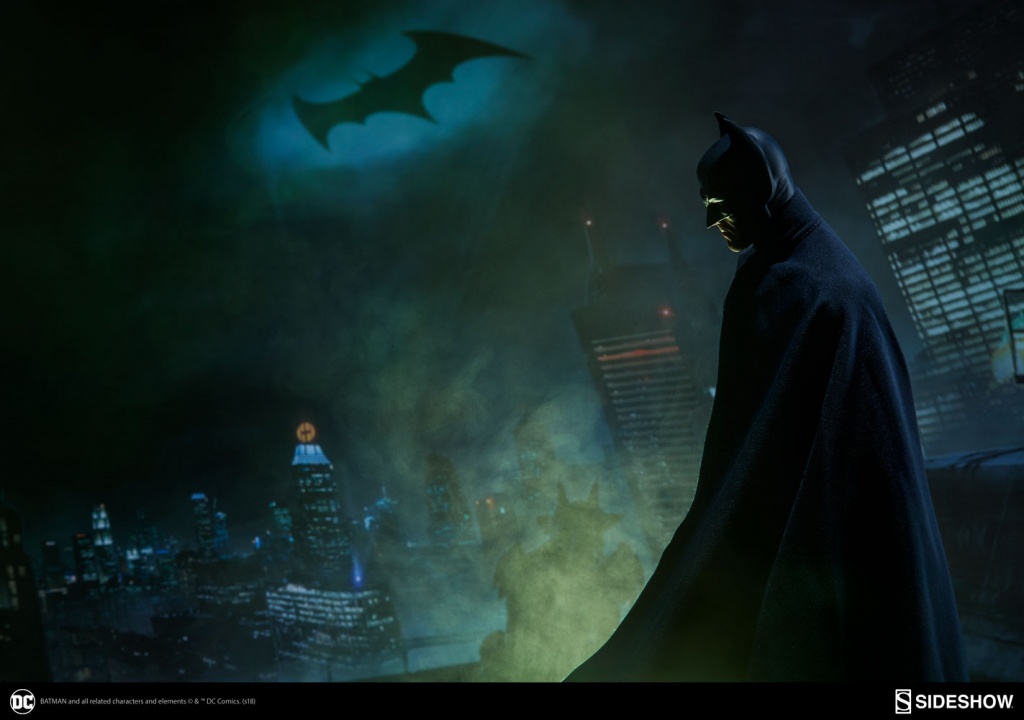 Shine the signal and summon the Dark Knight. Add the Batman Sixth Scale Figure to your DC display today!